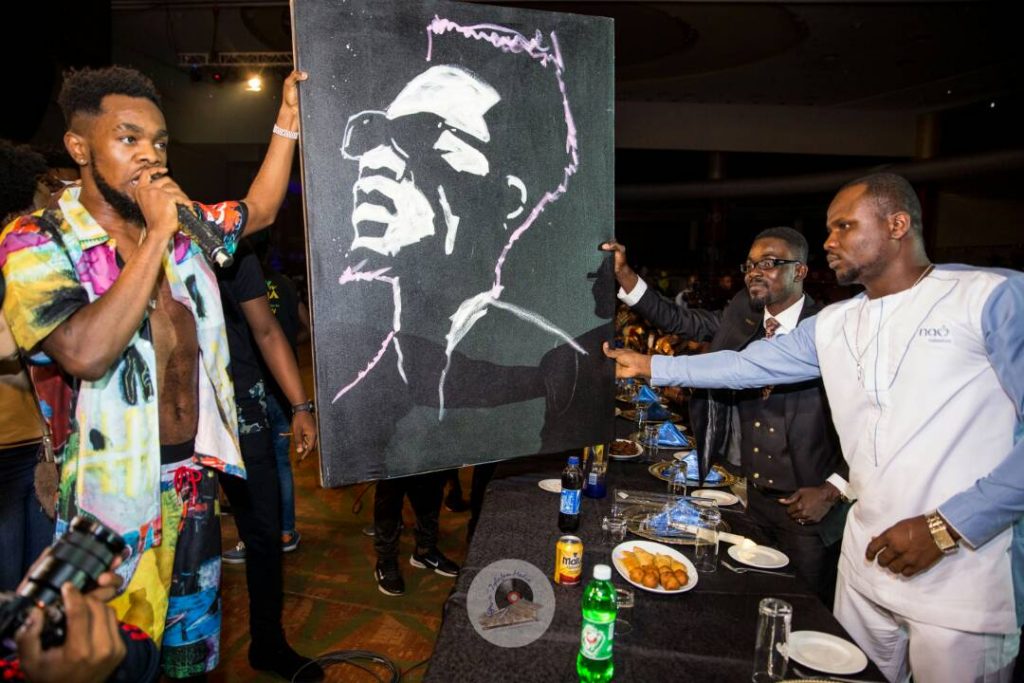 In my 12 years of writing about entertainment in Ghana, the crossing over of music between Ghana and Nigeria has been heavily skewed towards Nigerian music travelling into and across Ghana. As someone who started my writing journey with a Nigerian-owned magazine, Ovation Magazine, I’ve seen it all! Usually, we only see Nigerian stars on the bill for major shows in Ghana and not so much, vice versa. So when Zylofon Media and Menzgold decided to change the status quo a little, I decided to be a part of the experience, no matter the cost. I labored tirelessly to get my passport from the South African consulate just in time to travel to Lagos for the event on Friday. https://youtu.be/BpfYvxNS06M Nana Appiah Mensah, who owns the two companies, officially launch the Nigerian branches of Zylofon Media and Menzgold on Friday, climaxing it with a concert dubbed the Zylofon Media & Menzgold Naija Invasion Concert. [caption id="attachment_125958" align="aligncenter" width="1000"] 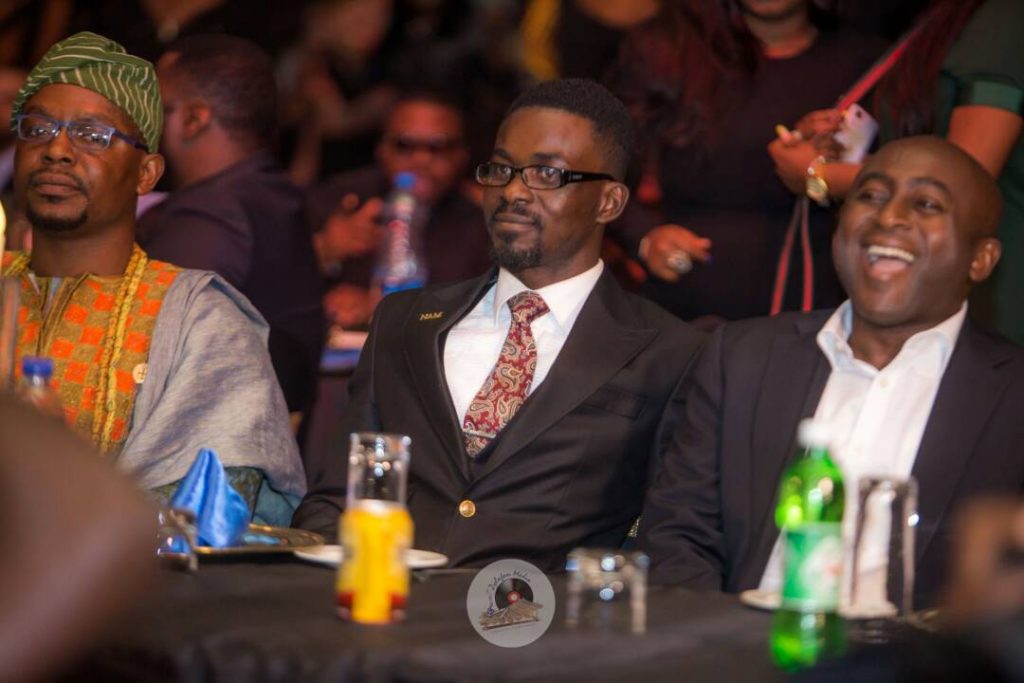 Nana Appiah Mensah watching proceedings carefully[/caption] Although it is not yet clear what Zylofon Media (which is a creative arts business focusing on film, music, fashion and media) hopes to do in the Nigerian space, being able to push Ghanaian music more in Nigeria would be more than welcomed for many Ghanaians. But how easy would that be, and is it even worth it? Are Nigerians too stuck on their own music to make room for Ghanaian music on a larger scale? The answers are not as clear as day, but perhaps there are some things to learn from Zylofon Media & Menzgold Naija Invasion Concert.

What happened at the concert

The concert was a well-organized event with a great setup and an impressive guest list of industry people, business people; and a general stand for other guests who won tickets online and through other media activations. The show started pretty late with some unknown acts opening the night. Zylofon Arts Club products, Zylo also got the chance to perform on stage before eventually the main show kicked off with Nigerian singer, Ninioala. 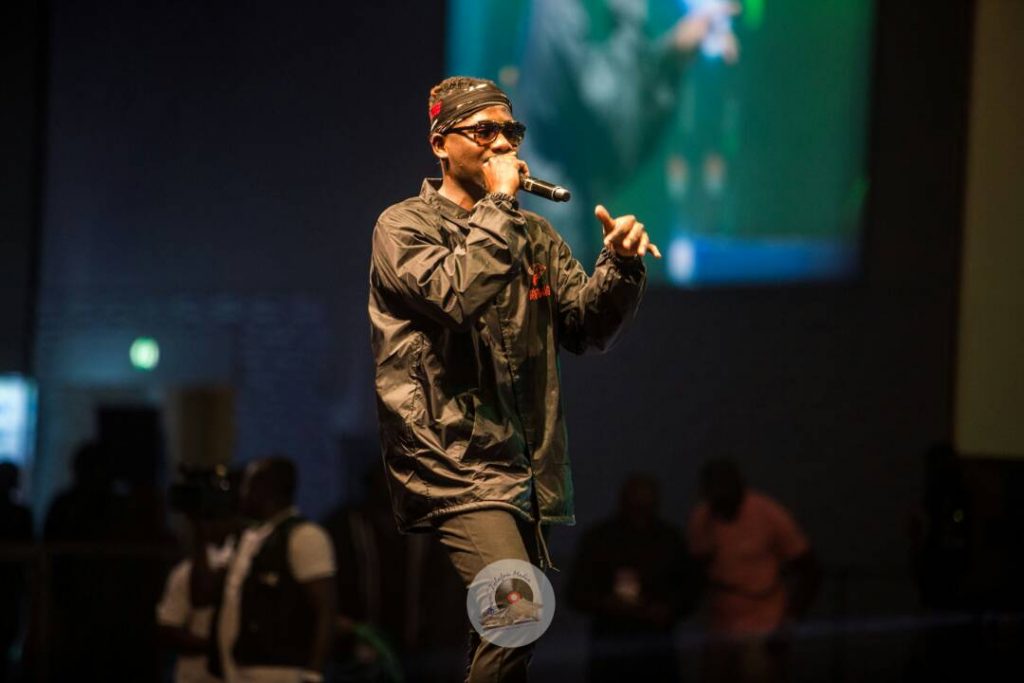 After Niniola came another Nigerian act, YCee, during whose performance the standing crowd of mostly young Nigerians came around the stage. This crowd and the way the interacted with the artists on stage soon became the yardstick for measuring the performances of the acts on stage, although the other general audience also played a key role. 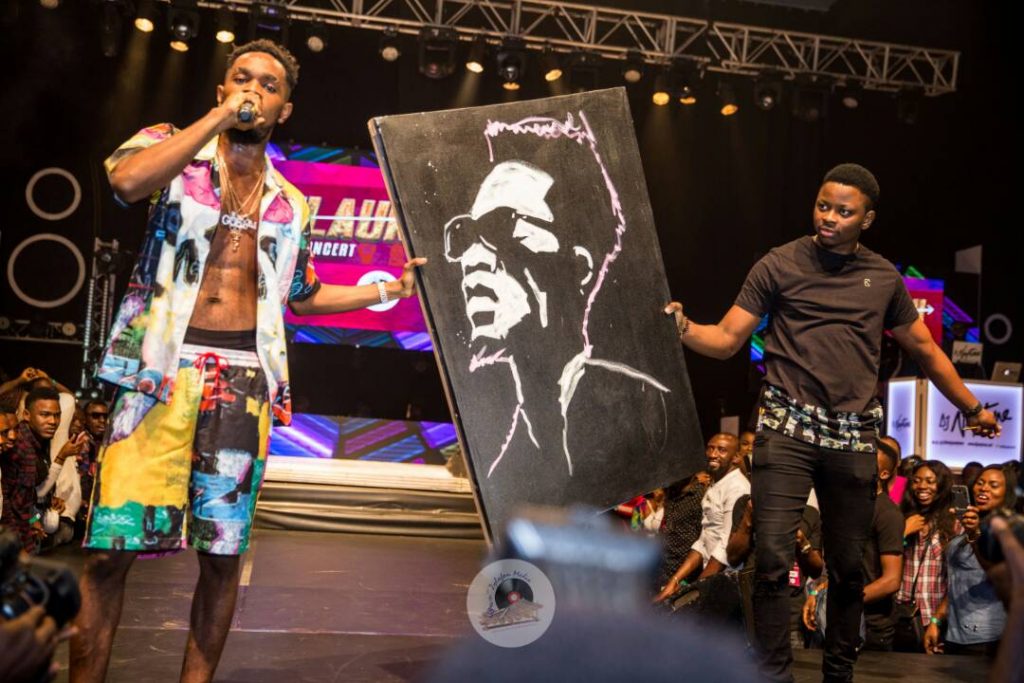 After YCEE came Ice Prince and back-to-back, the crowd participation was great; from those around the stage to those seated and standing throughout the convention center. It was same for Patoranking, who followed after Ice Prince. 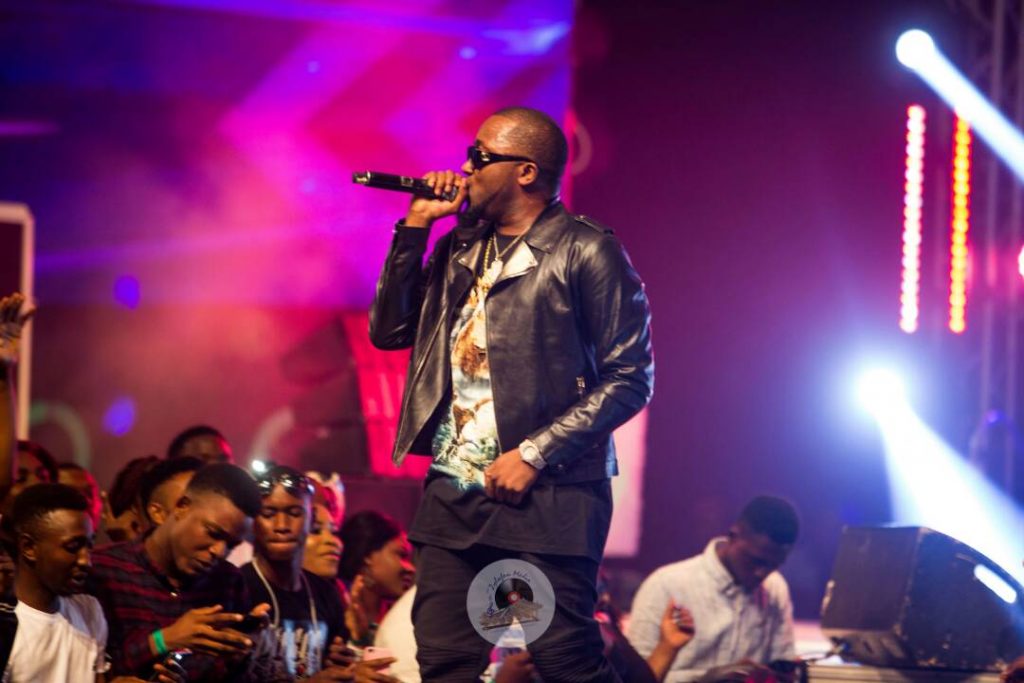 The ‘test’ for the popularity of Ghanaian music and artists in Nigeria started when the first Zylofon Music signee, Obibini got on stage. He put up a spirited and well-coordinated performance for a rap act, but the cheers and reactions he got mostly came from the Zylofon Media and Menzgold team that attended the event from Ghana. 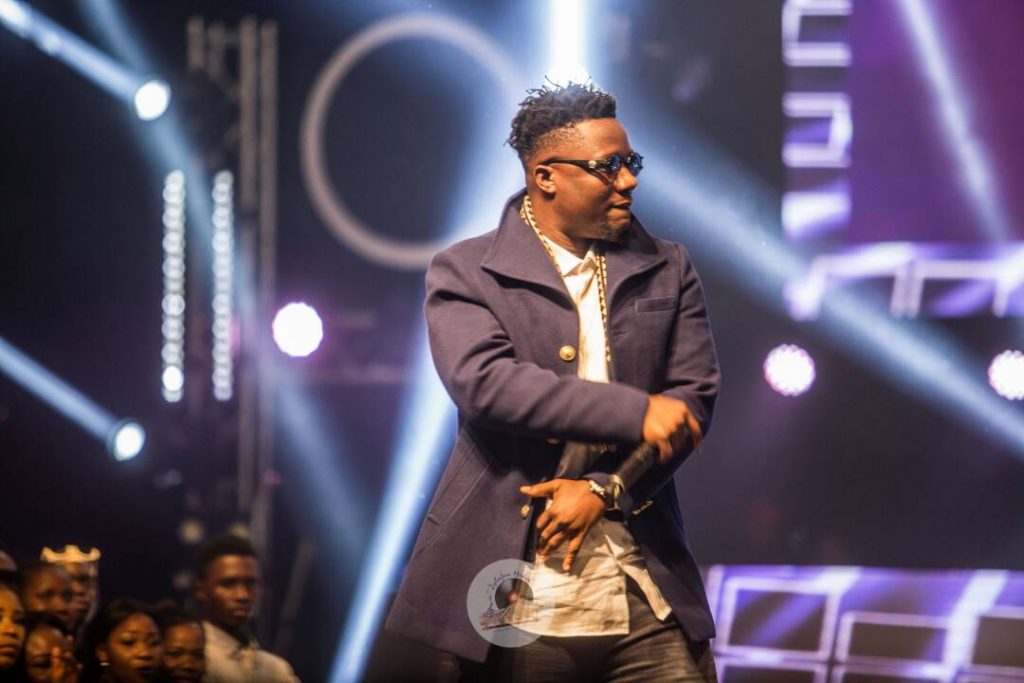 The case was better for Joyce Blessing, who moved the crowd with her hit song ‘Overcomer’. Although the crowd didn’t know the song to sing along, some danced because of the rhythm and the energy of Joyce Blessing on stage. Her second song was a popular gospel song (I’ve forgotten the title, and I think it was originally done by a Nigerian singer), for which she got a lot of reaction and singing along from the crowd. She wrapped up her performance with Lucky Dube’s ‘Different Colours’ as if she came to drum home the message, that whether Ghanaian or Nigerian music, we should all support one other. 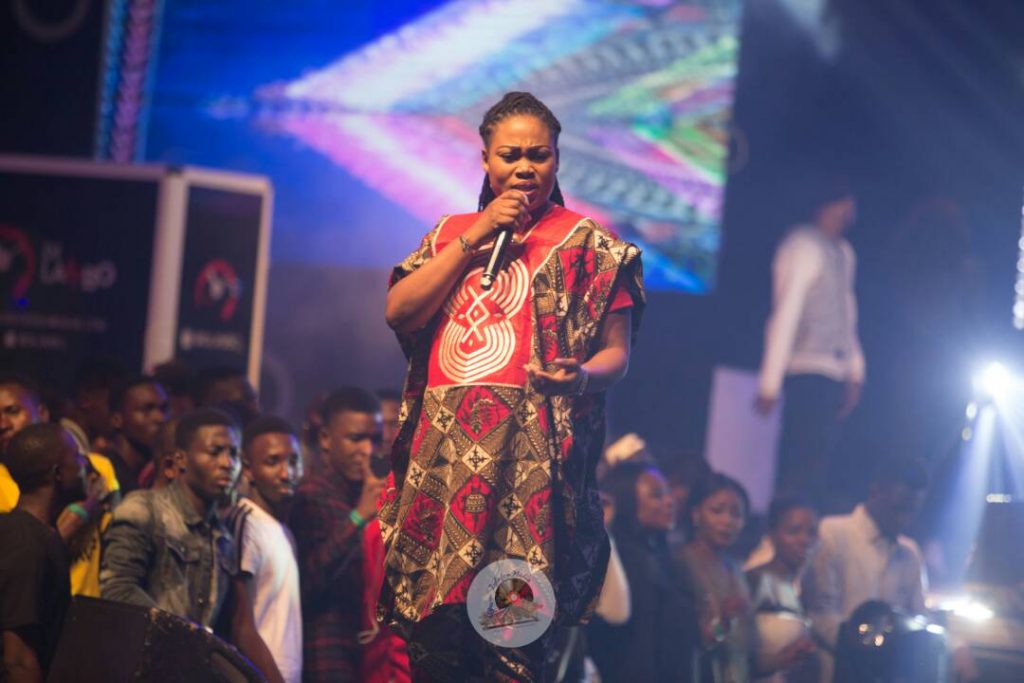 Next on stage was Kumi Guitar. He cleverly opened his performance with ‘Yellow Sisi’, a song that was made popular in Nigeria and the rest of the world by Okukuseku International Band, led by Chief Sammy Kofi. The crowd by the stage didn’t show too much enthusiasm, but the seated guests seemed to have enjoyed it. Although Kumi didn’t get any marked improvement in terms of reactions from the crowd, you could feel a generation appreciation for his highlife music in the air, when he performed ‘Betweener’ and ‘I Have A Dream’. 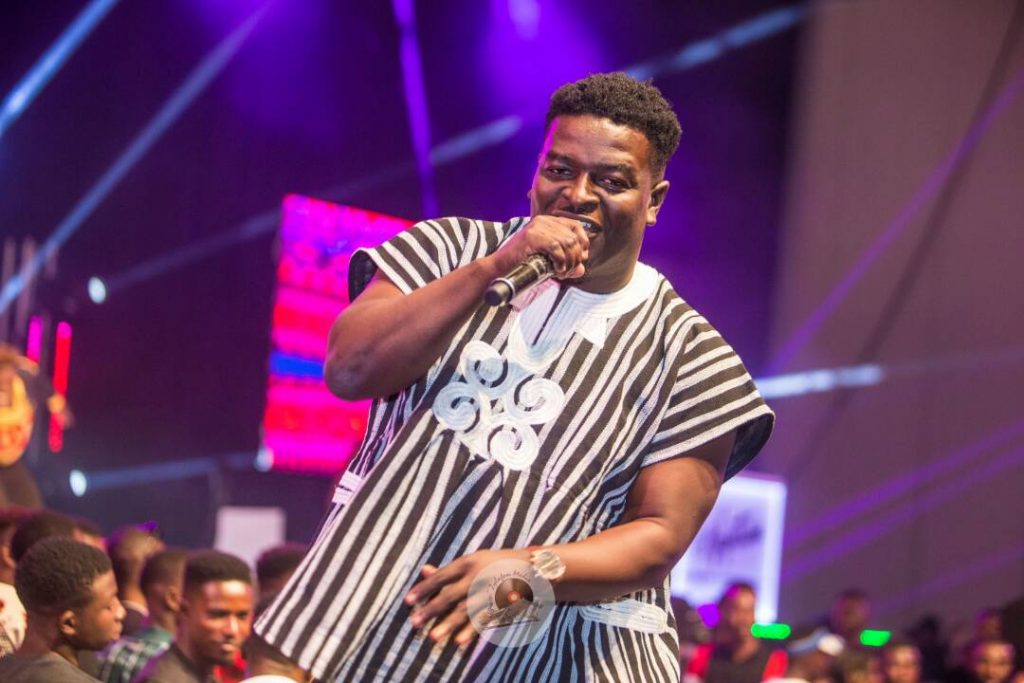 There was more music from Ghana when King Promise, who was in Lagos for a tour, came on stage as a surprise act. The reaction was not any different, although I saw a lot of the people around the stage taking selfie-shots with his performance. He was the only non- Zylofon Music signee on the show from Ghana. 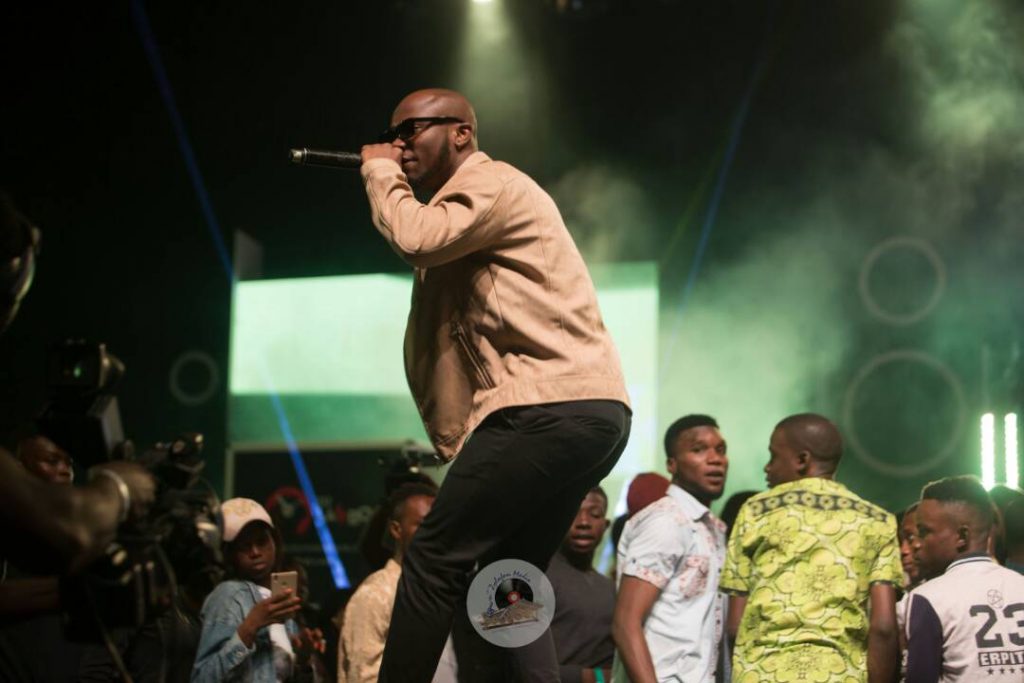 Becca was the next Zylofon signee to hit the stage. Introduced elaborately by host Olisa Adibua as the Queen of Ghanaian music, Becca took to the stage to open with the rather mellow ‘Sumye’. Her entry on stage, her dressing and stagecraft gained her some good reaction from the crowd. She showed more showmanship when she rather interacted with the crowd by passing on the microphone to the crowd for them to sing parts of her second song on the night, ‘African Woman’. 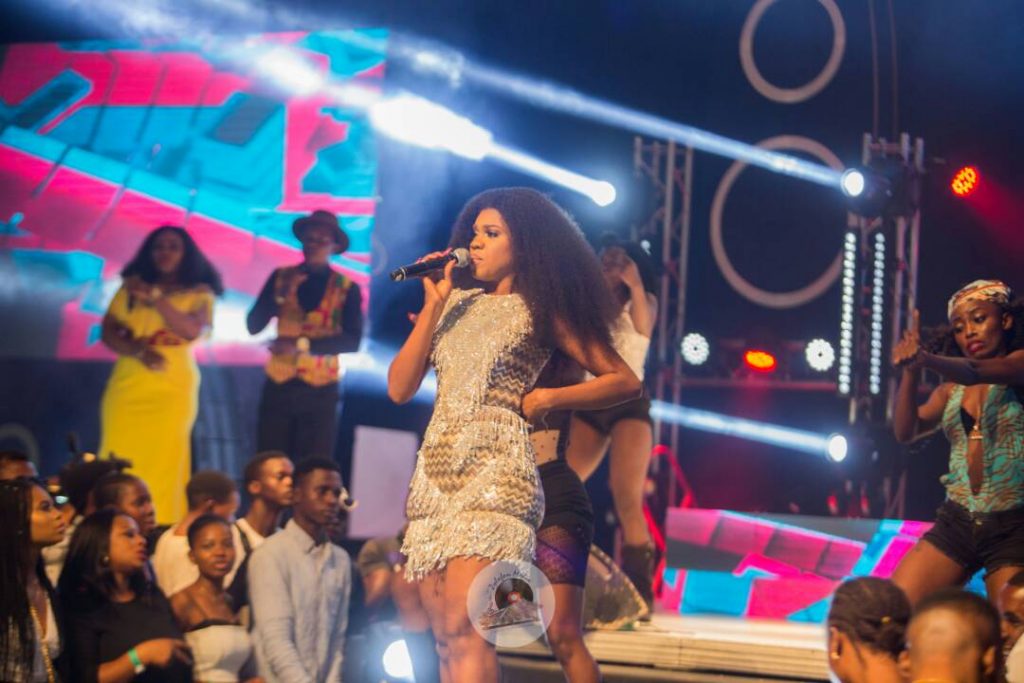 Becca continued to strike some gold when she closed her performance with ‘Na Wash’, her hit song that featured Patoranking, although she performed all by herself on the night. The crowd loved it; they danced and sang along. 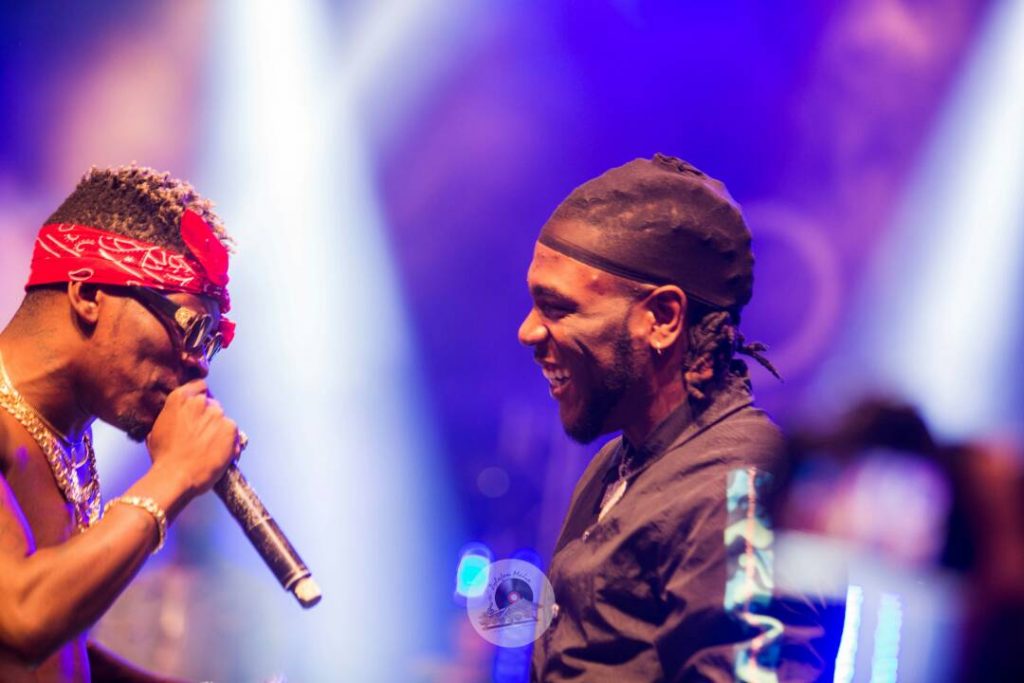 The last but one Zylofon Music signee to come one stage was Shatta Wale, arguably Ghana’s most-talked about artist. He came after a charged performance from M.I, who even went as far as giving a special introduction of Shatta Wale as a legend who is the only artist in the world to release a song each day for all the 365 days of the year. However all the appellations did nothing for Shatta with the Nigerian crowd; majority of them stood unconcerned and watched on. Again majority of the shouting, singing along and dancing came from the Ghanaian team that came for the event. 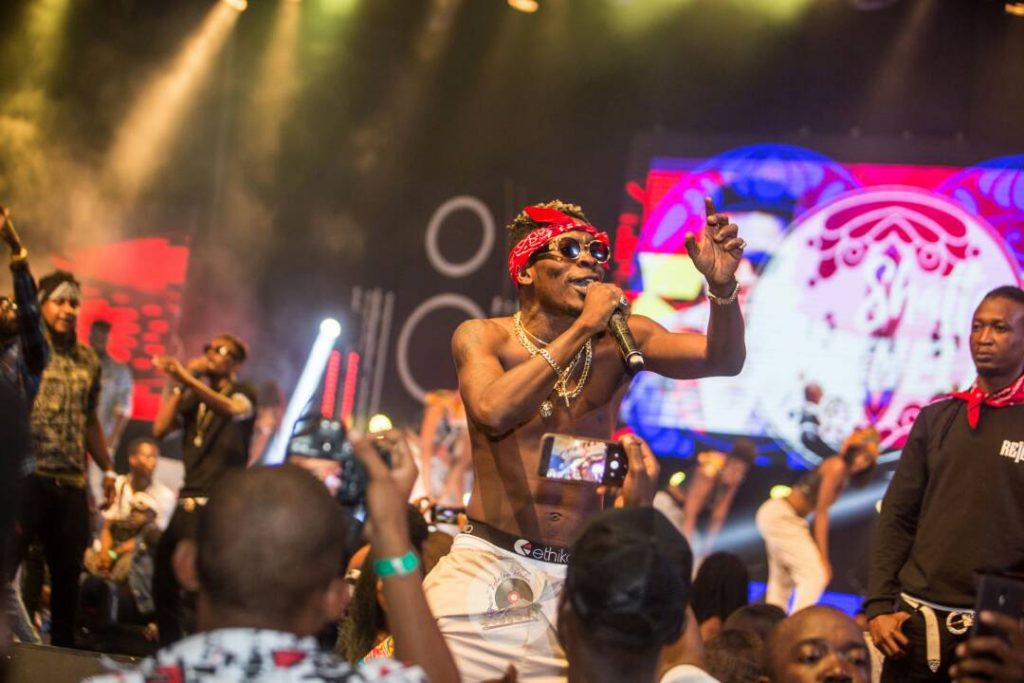 What was surprising was how the crowd went into a frenzy when Dammy Krane and Burna Boy joined Shatta on stage at different points to perform their collaborations with the Ghanaian dancehall star. The crowd actually even sang out the lines of Burna Boy in their ‘Hosanna’ collaboration, meaning they at least knew the song. 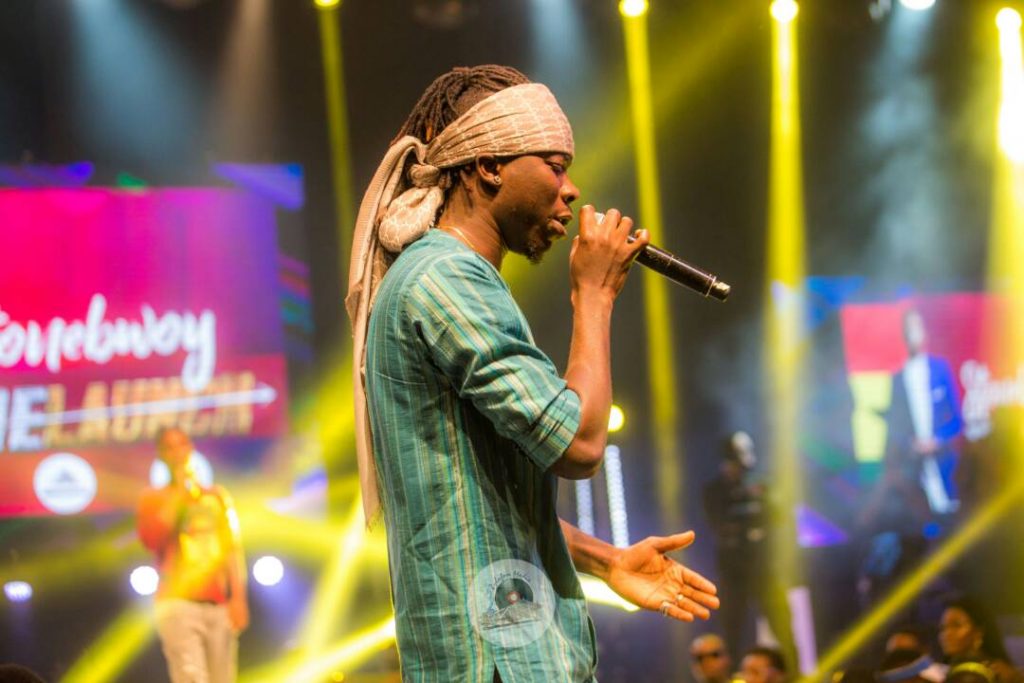 The last Zylofon signee to perform was Stonebwoy. Although I was out of the hall for most of his performance, the little I saw wasn’t any different from the previous Ghanaian performers. Perhaps the time he got stage (3 AM for a show that was supposed to start from 7pm) didn’t improve his chances to wow the Nigerians. I’m saying this because when the MC announced that Stonebwoy would be performing on the night, earlier in the show, there were some wild exclamations of anticipation.

So there you have it… a report on what went down when Zylofon Media and Menzgold ‘invaded’ Lagos, Nigeria with Ghanaian music! Maybe the outcome would have been different if other Ghanaian musicians with hit songs in Nigeria, like Sarkodie, Efya, R2bees, Patapaa, Kuami Eugene, Bisa Kdei and others were added to the bill. Maybe if the show started on time, the crowd may have found the energy to respond to ‘good’ music that they weren’t familiar with. Anyway, was the outcome of the concert enough to say that Nigerians do not play or appreciate Ghanaian music? Should Nigeria, a country with so many superstar talents and even more unknown ones struggling for attention within, be a target for Ghanaian musicians? If so, what should be the approach? How did Tic Tac, VIP, Bollie, MzBel, Castro and others do it in the past? How did Sarkodie and Efya do it in more recent times? (As for Pataapa I don’t want to add him to the list, he is a Magician). What were the benefits for these artists, who have had smash hits in Nigeria? Over the years, collaborations have been a way to go, and it seems that is the surest bet even from the reactions at the Menzgold and Zylofon Media launch concert. The style and language of music also counts for different audiences. I found out during my recent visit to Enugu, that they played a lot more Ghanaian music there because the Igbo people generally like Ghanaian music due to a common highlife culture. Throughout my stay in Nigeria, from Enugu to Lagos the Ghanaian artists currently getting listens particularly in clubs and at events are Magnom, Kidi, Kuami Eugene, and Bisa Kdei. Others include Stonebwoy, Sarkodie and Shatta Wale. Maybe these artists have to visit Nigeria more often, do media tours to get Nigerians to know then better; and do more performances in Nigeria (that’s if people are even booking Ghanaian artists for Nigeria at all). Is the Nigerian market even worth the hustle? Or should we focus on building a flourishing industry in Ghana capable of taking care of itself, while the music organically travels beyond our borders? Share your views! 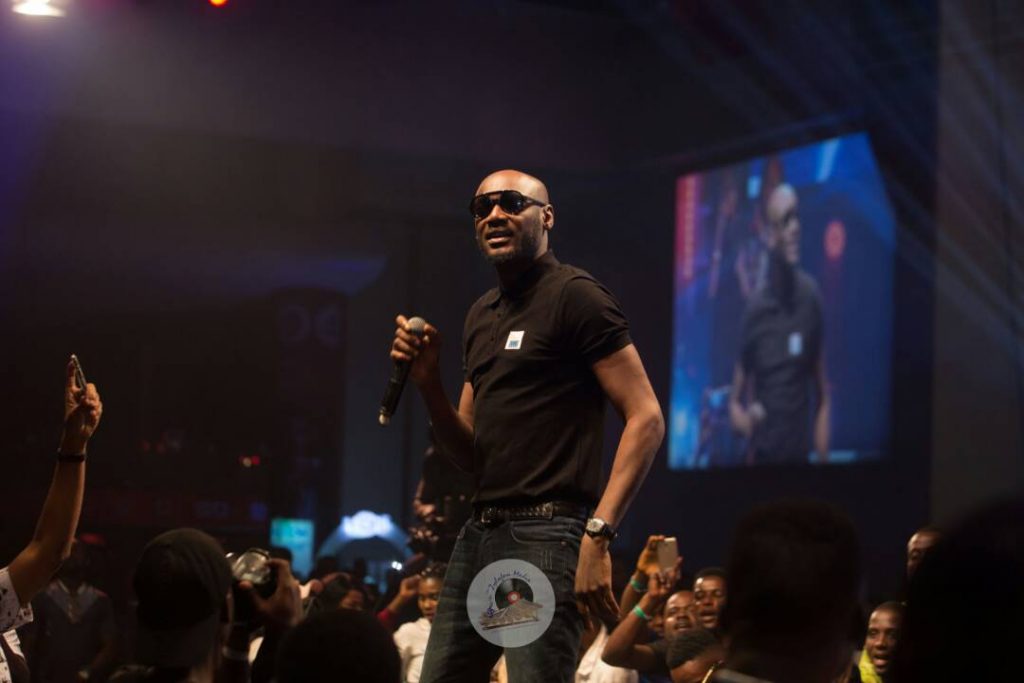 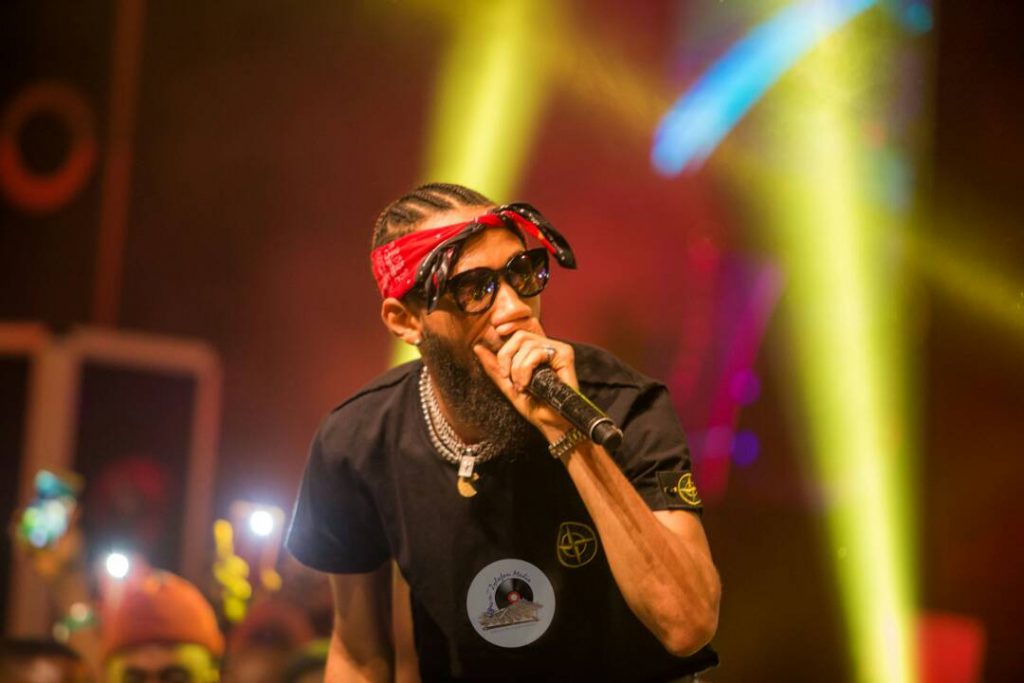 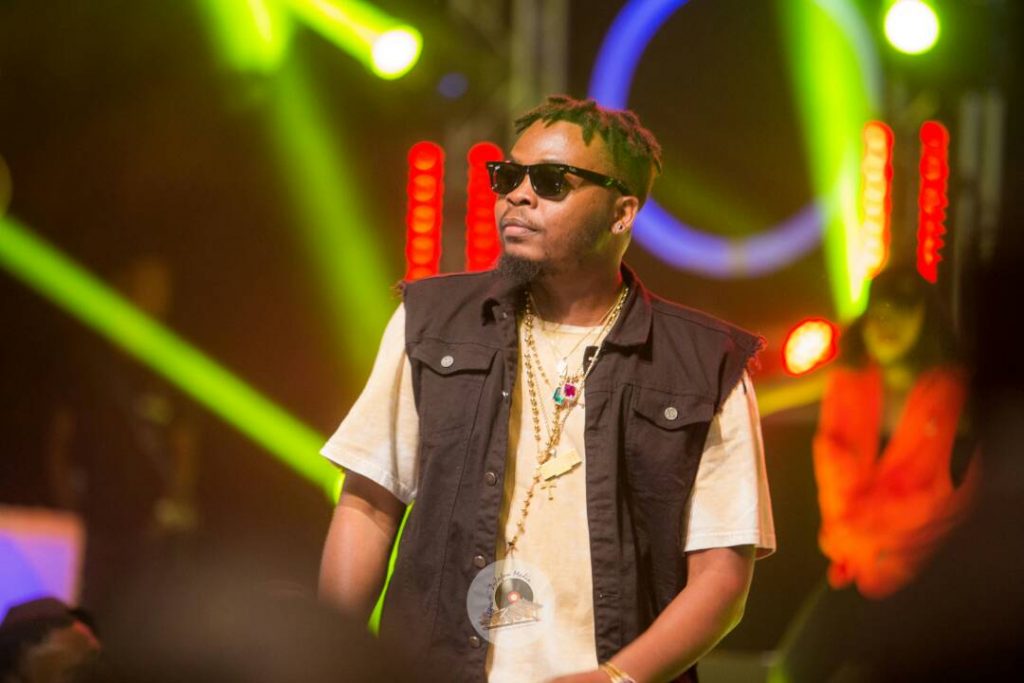 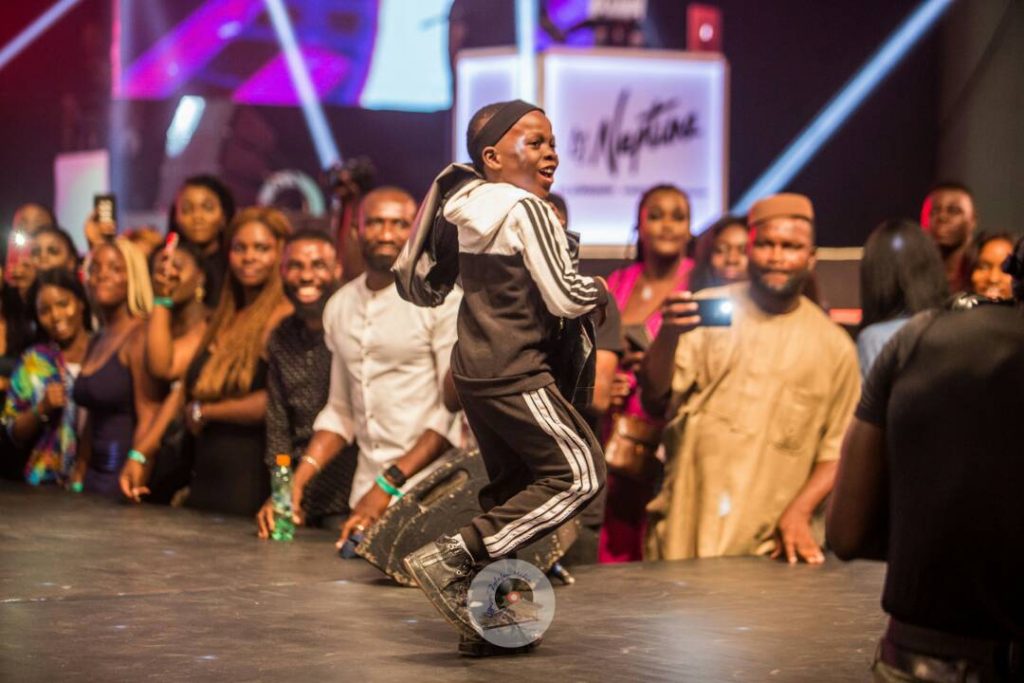 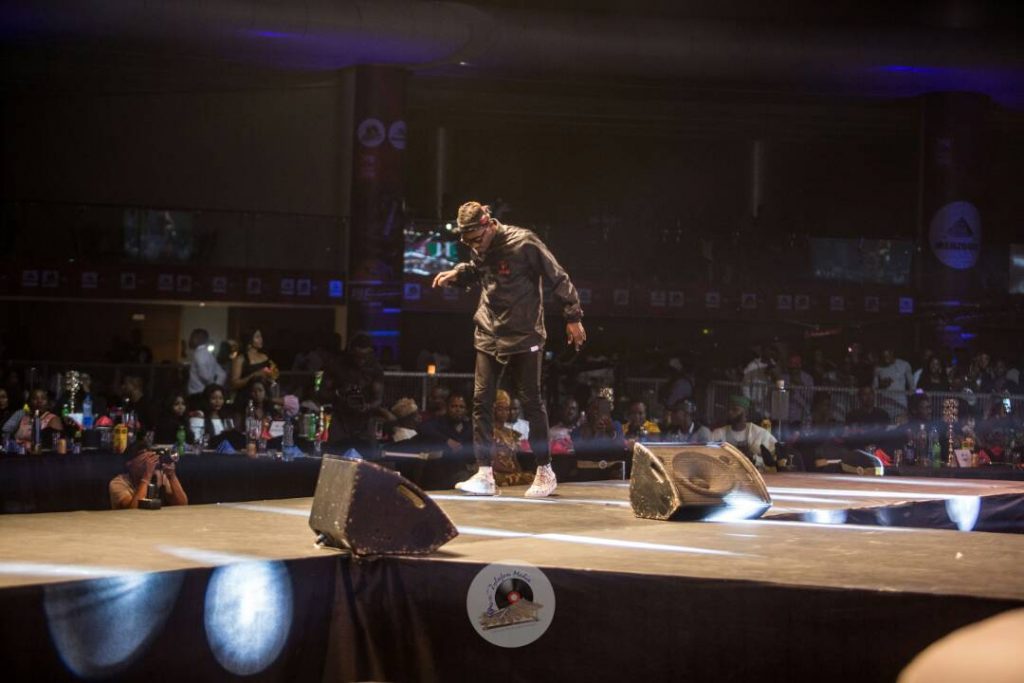 ]]>
Related Topics:featured
Up Next