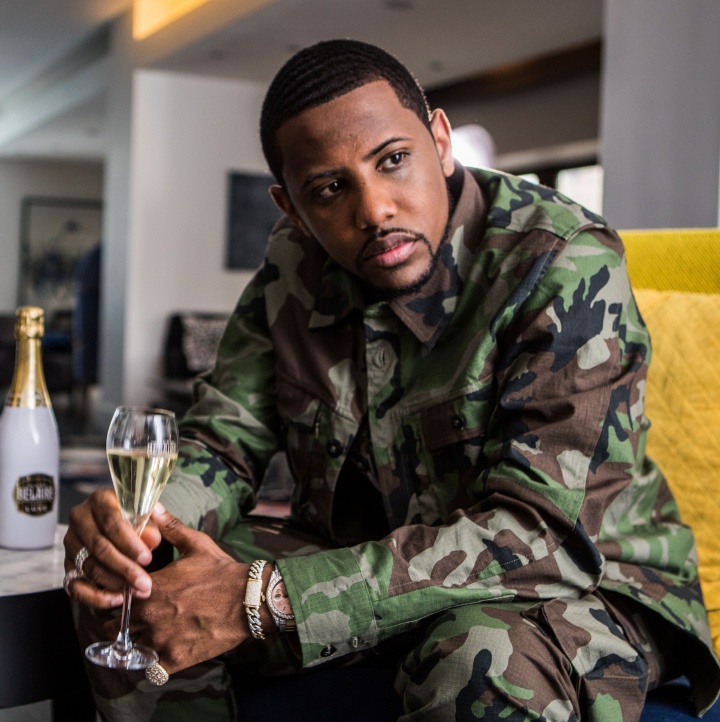 Grammy-nominated hip-hop star Fabolous sat down with Luc Belaire CEO Brett Berish in a rare interview to share his journey from the Brooklyn projects to an estimated $30 million fortune, 17 years after his radio debut with DJ Clue on Hot 97.

Fabolous’ first release, Ghetto Fabolous was in 2001, on the same day that Brett Berish launched his now global wine & spirits company, Sovereign Brands. The celebrated album spawned the hit singles “Can’t Deny It” and “Young’n (Holla Back)”, which jump-started Fabolous’ career. He has since enjoyed many successful singles, albums, mixtapes and collaborations, has been nominated for Grammys, American Choice Awards and Teen Choice Awards, and has won both ASCAP and BET awards.

Throughout his decorated career, Fabolous has also amassed an impressive social media following of more than six million adoring fans. Fabolous joins a lineage of globally recognised stars from Brooklyn who have impacted the borough not just through their music and commercial success, but also their philanthropy – Fabolous was awarded a key to the city in recognition of his contributions to his hometown.

In this exclusive interview, Fabolous touches on everything from his natural talent for art as a young boy (he attended an art & design high school) at a time when “in our world…it wasn’t a big thing to share”, how he learned to rap, to his foundation offering opportunities for kids in inner–city communities.
He joins artists like Trina, G Herbo, Fat Joe and Deontay Wilder on Season 2 of Belaire’s celebrated series “Self Made Tastes Better”. Tune in for the next full interview with rapper Eve coming soon!

Giving back to Brooklyn
“That’s when I started a foundation, that’s what I wanted to give back to those inner city communities, opportunity – just a chance to do something – give them a camera, give them an easel or a paintbrush. Things to try to get into.”

His rapping process.
“I started to experiment with writing. And I would listen to raps and I think at first I just started writing down all the lyrics of the song. Then, my next step was, turn those lyrics into my lyrics. Then that graduated into “OK, let me try to flip that whole thing into me writing it, in the pattern of this song that I know.” Once I got that then I would start reciting it…but it was still a hobby of mine.”

Getting recognition
This was word of mouth era. I guess it was just people liking it, and it was organic that way, too. It’s a self made moment, it’s a moment from the mud. They’ve been listening to somebody that they know and they relate to and they hear, and they understand it. And that’s what happened, it started circulating in my neighborhood.”

Stealing Diddy’s favorite name
The name was a mistake. I was spelling my name in one of the raps I did for DJ Clue: F-A-B-O-L-O-U-S and I was saying “Fabolous” to rhyme with “Vocabolous”, just word play stuff. And I think he took that as my name. Diddy always jokes to me “you got my name, I want a name like that – Fabolous”, it just busts out. I never even looked at it, it just made itself stand out.”

Brazilian singer, Gabriel Diniz dies in plane crash while on his way to his girlfriend’s birthday party.

A federal judge signaled on Wednesday that she plans to order disgraced R&B superstar R Kelly to pay more than $300,000 to one of his victims in a decades-long scheme to use his fame to sexually abuse young fans. END_OF_DOCUMENT_TOKEN_TO_BE_REPLACED

Coolio, who rose to fame in the ’90s with hits like “Gangsta’s Paradise” and “Fantastic Voyage,” has died. END_OF_DOCUMENT_TOKEN_TO_BE_REPLACED

NBA YoungBoy welcomed a new addition to this family recently as his fiancée Jazlyn Mychelle gave birth to a baby boy. END_OF_DOCUMENT_TOKEN_TO_BE_REPLACED

Lil Wayne is on the move. END_OF_DOCUMENT_TOKEN_TO_BE_REPLACED