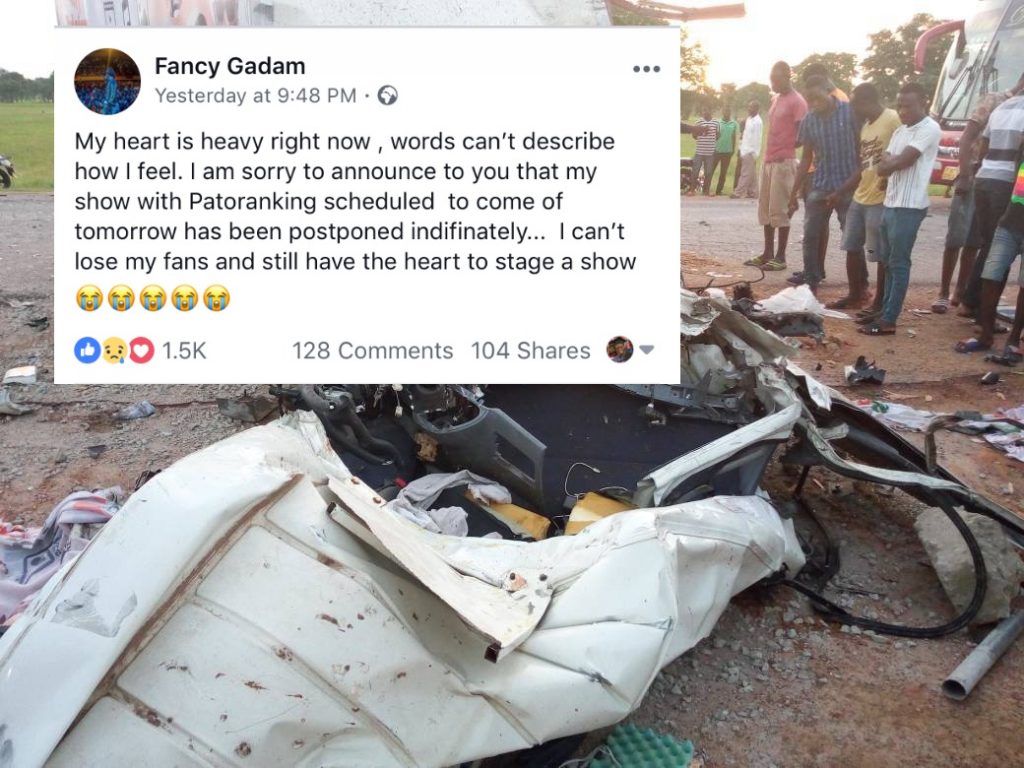 Reports coming in from Tamale say that Fancy Gadam and some workers of Zylofon Cash were involved in a brutal accident in Tamale, capital city of the Northern Region. According to GhKasa.com  the incident that happened on the Tamale-Bolgatanga highway was very fatal, killing 7 people on the spot! According  reporter Abdul Shakur, the team were coming from the the Tamale International Airport area closer to Mum’s Hotel and the sadden incident happened. It is confirmed that, Fancy Gadam and Patoranking were not involved in the accident. The accident occurred when a vehicle conveying the fans, collided headon with another vehicle, which was said to have had a tyre burst, causing the driver to veer off the road. Earlier on Friday morning, Gadam Nation President, Fancy Gadam expressed optimism in filling the 21 thousand capacity, Tamale Sports Stadium on Saturday, 30th June, as he teams up with Nigerian reggae -dancehall singer Patoranking on one stage. Fancy Gadam later announced on Facebook that the concert was cancelled to reflect mourning the lost fans.

Related Topics:Fancy Gadam
Up Next