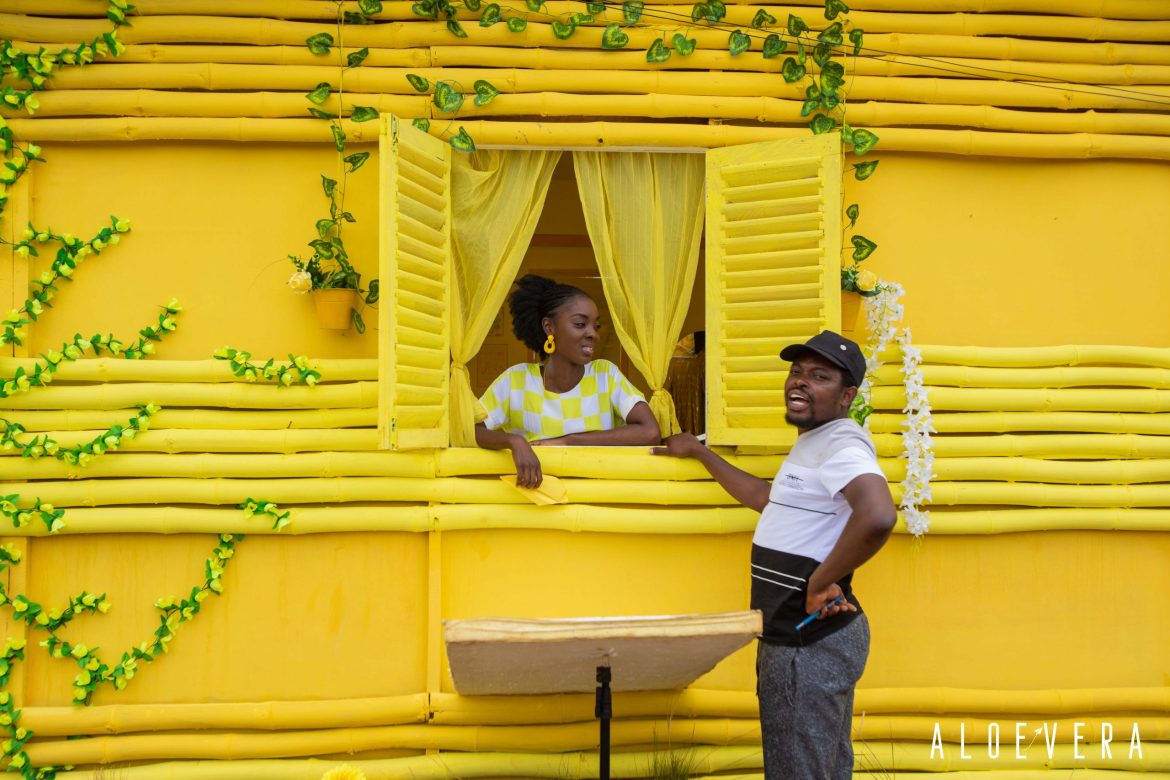 Ghanaian filmmaker, Peter Sedufia has explained why most Ghanaian films do not land on Netflix and Amazon although filmmakers work to see it happen.

Sharing an email which was a response from streaming platform Amazon, Peter revealed that his movie ALOE VERA was not selected for licensing because Ghana/Ghanaian content is not their focus in Africa. 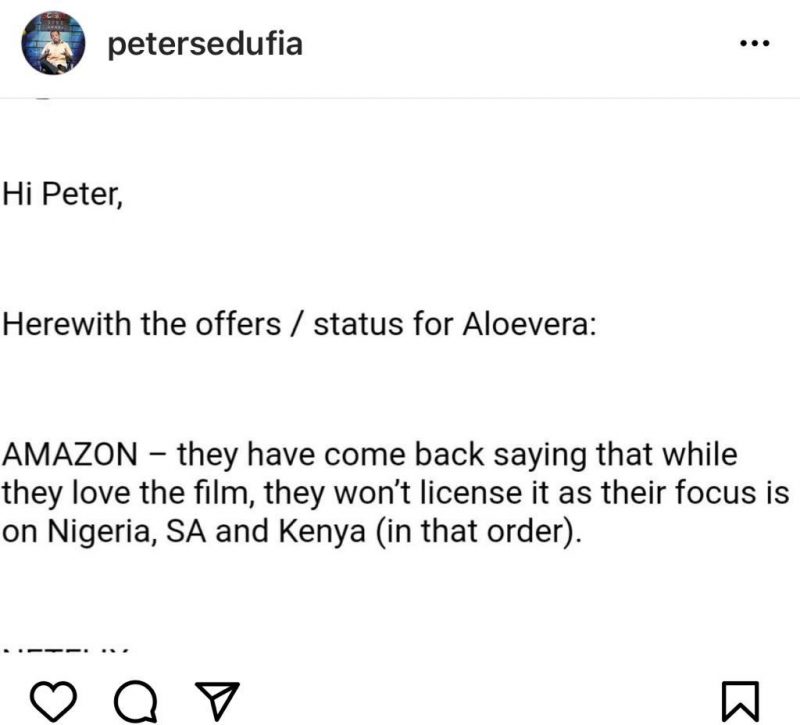 Expressing his reaction to the issue, Peter indicated the owners of these streaming platforms have the final say on the contents they allow on their platforms and not that Ghanaian filmmakers are lazy in making their movies go international.

Peter Sedufia further stated that they will look at other avenues they can apply to maximize their revenue.

“Note: This is a private email from my distributor; it doesn’t concern anyone. But, I’m selectively sharing this portion for the good of our industry, so we understand the hurdle our film industry has to cross. And also, to let the many Ghanaians who keep stressing and insulting us (Ghanaian filmmakers) for not getting our films on Netflix or Amazon.

“We make quality films in Ghana, as I keep saying, but to land on these platforms, are entirely the decisions of the owners. They are business people, they have priorities, and they have their strategies to ensure maximum revenue. They go where the money is,” he wrote.

Peter added: “To be fair, Netflix has broadened its acquisition territories in Africa at the moment. But, just understand that the order is still similar to what Amazon has, and it always reflects even in the monetary values of the offers. I’m sure Ghana would be 4th or 5th on the Netflix order.

“This is also part of the reasons why some Ghanaian filmmakers would put two or three Nigerian actors in their films, give it to a Nigerian distributor who’ll market/pitch them as Nollywood films…It’s also a matter of going where the money is. Anyway, we have some exciting news coming soon!”

Peter Sedufia’s Aloe Vera has been showing in the francophone market where cinemas have opened following the slowdown caused by the coronavirus pandemic.

Afia Schwarzenegger returns to the airwaves after appointment with Wontumi FM

E-levy is not bad, Ghanaians are kicking against it because they don’t benefit from paying taxes- Sarkodie

Ghanaian actor and socialite, Don Little, has made a passionate appeal to his colleague Kwadwo Nkansah also known as Lilwin to go make peace with his ex-wife. END_OF_DOCUMENT_TOKEN_TO_BE_REPLACED

The Federal Government of Nigeria has taken legal actions against the husband of late gospel singer, Osinachi Nwachukwu. END_OF_DOCUMENT_TOKEN_TO_BE_REPLACED

From being the opening act at EL’s BAR VI concert to bagging a nomination at the 2022 3 Music Awards, Afrobeats/afro soul singer Darkua stopped by Ameyaw TV to talk about her musical journey. END_OF_DOCUMENT_TOKEN_TO_BE_REPLACED