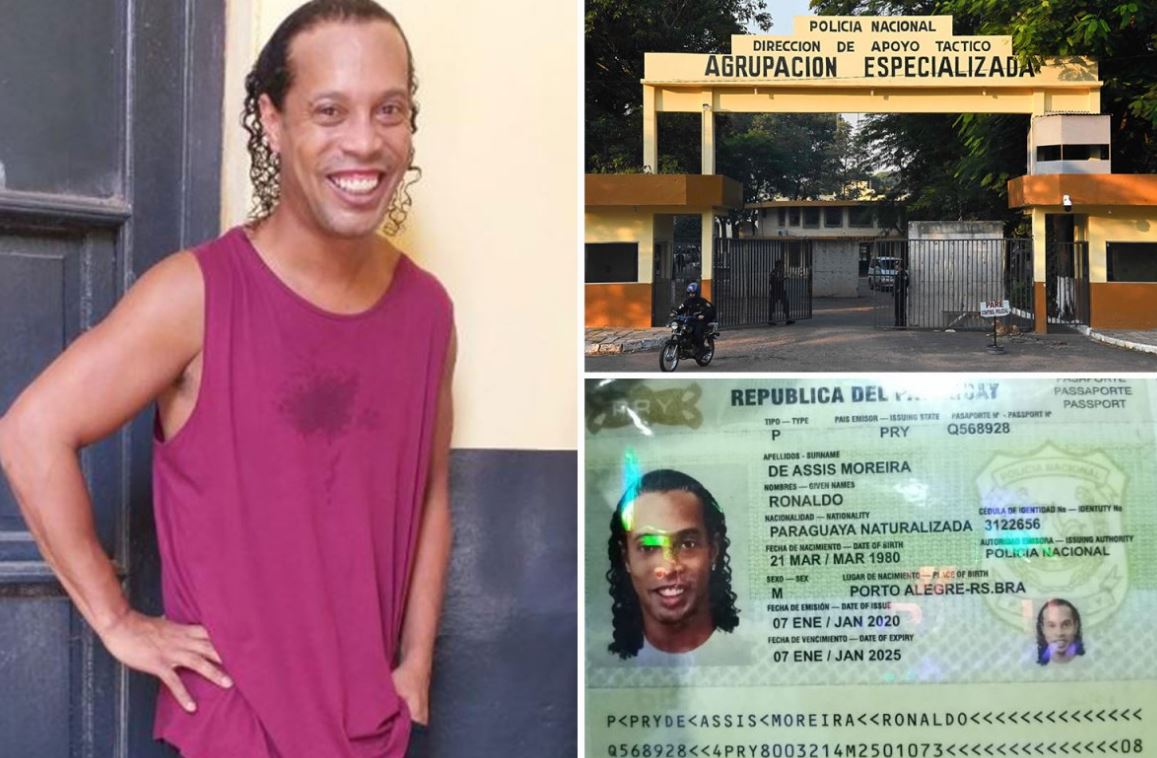 Brazilian football legend, Ronaldinho will remain at a maximum security prison in Paraguay after a judge refused a request for him to be released into house arrest.

The former Barcelona superstar and his brother and business manager Roberto Assis were arrested last Friday after being caught with fake passports bearing their names with Paraguayan nationality.

The brothers will remain in a maximum-security prison on the outskirts of Asuncion for as long as six months, or until the investigation is complete, judge Gustavo Amarilla said.

“Ronaldinho’s freedom could lead to an obstruction [of justice] or an escape,” Amarilla told reporters. “His presence in the country is necessary.”

The brothers offered to post an $800,000 bail bond by putting up a local businessman’s property as collateral in exchange for being moved from a maximum-security jail to house arrest. But prosecutor Marcelo Pecchi argued that they were a flight risk.

The judge found the bail bond value to be relatively low, considering the fact that Ronaldinho earned around $130 million during his career.

“The investigation is only beginning, we are looking into other conducts that may be related,” Pecchi told reporters.

“If these people leave right now they will not be able to be brought to face trial because Brazil does not extradite its own citizens.”

On Tuesday, Authorities in Paraguay also announced the arrest of three government officials connected to the scandal.

Shirley Elizabeth Delvalle 31, and Rosa Carolina Miranda, 40, both employed by Paraguay’s National Directorate of Civil Aeronautics, and José Gustavo Molina, 47, a clerk with the General Directorate of Migrations, were arrested on Tuesday morning.

The Law enforcement agents are also looking for another immigration official, Jorge Rodrigo Villanueva Torales, 35. who is also connected to the scandal

Authorities have charged María Isabel Gayoso and Esperanza Apolonia Caballero, for reportedly providing their passports to be altered.

Floyd Mayweather’s ex-girlfriend and mother of his children, Josie Harris, found dead in her car

A 12-year-old boy has confessed to accidentally shooting his mother, a Nigerian woman, after initially claiming an intruder killed her in their US home. END_OF_DOCUMENT_TOKEN_TO_BE_REPLACED