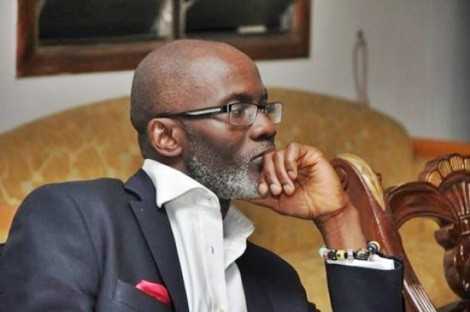 Gabby Otchere Darko[/caption] Gabby Asare Otchere-Darko, a key member of New Patriotic Party (NPP) has responded to critics of his recent comment on the Ghanaian movie industry. Gabby had written on his Facebook page that he was appalled by the quality of some 10 Ghanaian movies he watched recently. “I took my time to watch randomly ten Ghanaian movies and never felt so disappointed. It brought home to me one major deficiency in our development. The apparent lack of deliberate consciousness on the part of the creative industry in the development conversation,” he posted on Facebook. He also suggested that the arts be used to help make the creative arts part of the development agenda, making reference to how America used Hollywood to change their development narrative. “For the best part of a century, has been deliberately used by America to push successfully American cultural ‘supremacy’ agenda; it has been used as an effective instrument of military or economic indoctrination,” he further noted. Some creative people including actress Yvonne Nelson replied Gabby’s post, suggesting that Gabby’s judgement on creative arts matters was low. “Kumawood has created jobs for so many people! It has put smiles on a lot of faces in our country! Your judgment is just so low! Disappointing!” She said instead of complaining on social media, Gabby could prod powers that be to put in place the right systems for the arts industry. “Leadership!!!!! We need structures in place and some encouragement not this! What do we do when TV networks get cheaper content from India and Latin America?” Gabby fires back However, Gabby feels the import of his earlier post has been misconstrued. He took to Facebook on Wednesday morning to respond to his critics. Read the full explanation below: I hope I have provoked a healthy debate. It is not meant to denigrate but rather to generate a discussion about using entertainment more for development, social justice and education. There are many Ghanaian celebrities who use their influence in a positive way to promote a cause and we celebrate them. We saw many Ghanaian celebrities stepping out onto the streets during the pitch darkness of Dumsor to protest and we celebrated their activism. The debate I seek to provoke, however, is that we do not have enough filmmakers, musicians, etc, using their films or music, etc, to promote social justice, educate and entertain or to plug into a greater consciousness, like the theme Ghana Beyond Aid. How do we define that theme of consciousness that has resonated across the globe to effect change in our society and beyond? How do we use our creativity to change the mindset of our people from a culture of dependency and inadequacy to one of a confident AFRICA and Africans united in knowledge of their value and ready to push harder and smarter ahead? That is not to say those leading our creative industry are not good or brilliant in what they do. No! I am only calling for more Ama Ata Aidoos, Chinua Achebes, Spike Lees, and Ousmane Sembènes. Bob Marley, Nina Simone and John Lennon recognized the power of music and used their powerful voices to spread strong messages, to provoke discussions, to challenge stereotypes and to promote social justice. Solange, Common, Chance and even John Legend are such strong modern activists. I will end here with an Instagram post by Questlove in 2014: “We need new Dylans. New Public Enemys. New Simones. New De La Roachas. New ideas!” he wrote. “I mean real stories. Real narratives. Songs with spirit in them. Songs with solutions. Songs with questions. Protest songs don’t have to be boring or non danceable or ready-made for the next Olympics. They just have to speak truth.” Source: citinewsroom.com]]>

Viola Davis makes a stunning transformation in the new trailer for ‘The Woman King’, in which she plays Nanisca, leader of the all-female warriors known as the Agojie. END_OF_DOCUMENT_TOKEN_TO_BE_REPLACED

African-American businessman and jet broker Kelvin Mensah, popularly known as PJKev has added his voice to the many people against the building of the National Cathedral. END_OF_DOCUMENT_TOKEN_TO_BE_REPLACED

Nigerian hip-hop artiste, Eedris Abdulkareem has disclosed that he is battling kidney failure and will have a surgical operation at the end of July. END_OF_DOCUMENT_TOKEN_TO_BE_REPLACED

According to reports from Nigeria, unidentified gunmen have attacked an ‘advance team’ of President Buhari’s presidential aides leading to injuries to two people. END_OF_DOCUMENT_TOKEN_TO_BE_REPLACED

Sensational highlife/afrobeat artist KiDi has said that his dream is to collaborate with Daddy Lumba on a song. END_OF_DOCUMENT_TOKEN_TO_BE_REPLACED