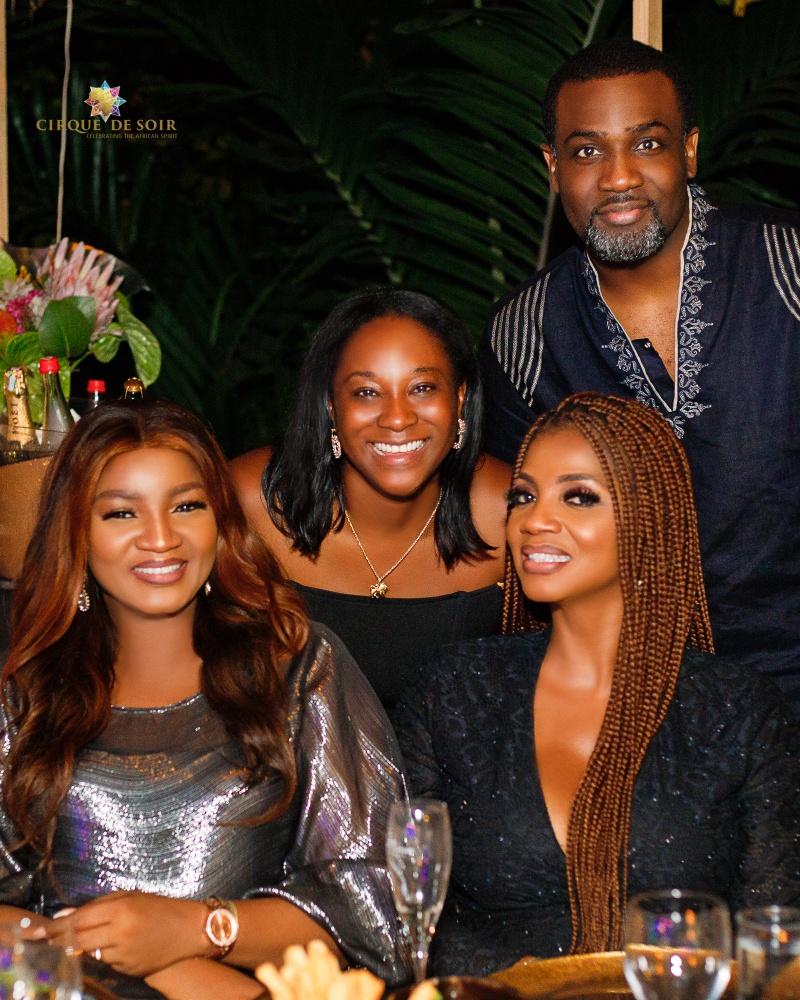 No matter who we are or what our goals may be, we all have something in common, that is a heritage! This is, a social, emotional and spiritual legacy passed on from parent to child.  But depending on which family we find ourselves, the type of legacy is often different. A great guide on building you own legacy can be found on this website here.

Legacy is something that is passed on to you from family, and it can even include reputation. An example of legacy is family property that has been handed down for generations. Bekins Moving Solutions Los Angeles moving company is known for working on properties that have been handed over to generations in some of America’s wealthiest families.

Many Ghanaians have been fortunate to be born into wealthy homes with great legacies but not all are able to make any impact with their family name or legacy. The following Ghanaians are among a special group that has taken the privileges they inherited and turned it around.

Michael Djaba, showrunner and creator of shows such as Dentaa Show Africa, Making Of A Mogul, AT Home With, Cooking With, Omotola: The Real Me,  and a plethora of other shows is one of the many children of Henry Kwadwo Djaba. Henry Kwadwo Djaba was a Ghanaian industrialist, international businessman, astute politician and philanthropist. He is well known for his Neoplan business.  He was Chairman of Ghana Football Association (GFA) from 1970-1972.

Michael Djaba is the Chief Creative Officer of IFactory Live Africa. He is multi-hyphenate media executive with over 10 years experience executive producing world class programming such as the “World B Boy Championship” lensed in over 14 countries hosted by LL COOL J and “Dinner Dates” on LWT in the UK.

Having worked at BBC and LWT as a producer and director to overseeing the set up of one of the UK’s first urban TV channels on BSKYB and brokering international distribution and acquisition deals with the likes of Sony Pictures on titles such as The Boondocks, he has had international experience across production, sales and distribution , which led to IFACTORYlive Africa being set up and becoming one of the leading producers and distributors of premium content across the continent with clients including M-Net, eTV, Startimes and Fox Networks Africa. 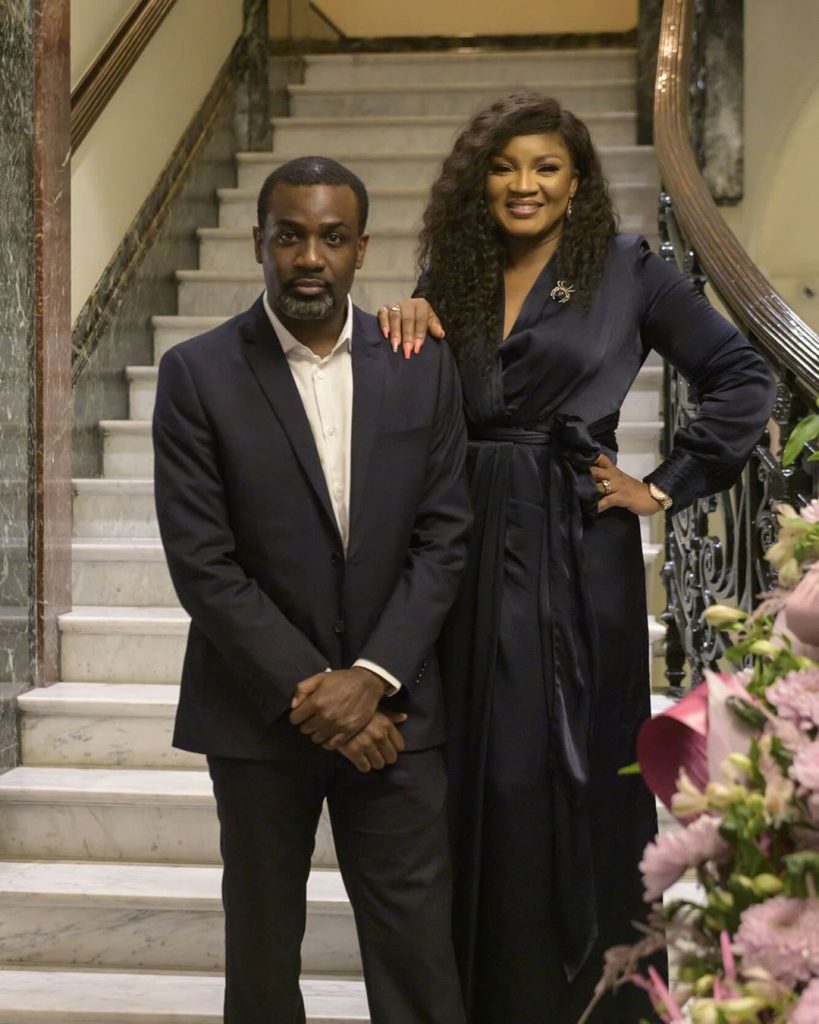 After his move to Ghana in 1971, he served as the Chief Justice of The Gambia. He thereafter was the Justice of the Superior Courts of Ghana. He was the Vice Presidential candidate of the PNC now CPP party with President Liman and the Chairman of the CPP party.

Law certainly runs to the Jones-Mensah family. Kojo Jone’s passion for law landed him in law school at London Metropolitan University where he read Business Law. After successfully acquiring a Bachelor of Laws in Business Law in 2011, he further pursued a Master of Business Administration in 2012 at Coventry University in the UK where he specialized in Oil and Gas Management.

He gained a lot of experience working with a few construction and real estate companies in the UK.  After working and gaining so much education, experience and exposure from the UK, Kojo returned to Ghana in 2015 to establish a new business alongside his family. He now runs and owns multiple businesses. He is the CEO and Founder of the Empire Conglomerate, which comprises various businesses in various sectors: Empire Concrete Ltd, Empire Domus Ltd, Dominion International Petroleum Ltd, KJM Trading Ltd and Kingscrown Media.

Tamara is the daughter of Ghanaian businessman, Sir Samuel Esson Jonah, former President of AngloGold Ashanti, and the Executive Chairman of Jonah Capital. Mr Jonah is reportedly worth $1.2 Billion. Jonah Capital, a holding company and private equity firm that makes investments in the mining sector, real estate, agriculture, construction materials, financial services, oil and gas services. The private equity firm is 78% owned by the Jonah Family and 22% by Standard Bank.

Now known as Tamara-Jonah-Goka, she is the owner of Lionheart Events, an events design house offering full service event planning for usually the rich. She married into the Goka family, another rich Ghanaian family that includes Tucci Goka (who is daughter to the sister of Ghana’s First Lady).

Kennedy and Henrietta Osei are for now the most publicly known children of Dr Osei Kwame Despite, Chief Executive of Despite Group of Companies, who is one of Africa’s most successful businessmen. Mr Osei is noted for collecting luxurious vehicles and has great love for exotic cars.

Kennedy Osei is the eldest child of Dr. Osei Kwame ‘Despite’. Affectionately called Ken, he is now the General Manager of the Despite Group of Companies, operators of Peace FM, Peacefmonline.com, OKAY FM and Neat FM in Accra, Hello FM in Kumasi, and United Television (UTV). Ken studied BSc Business Administration at the University of Ghana, and had a MS in Economics (Money, Banking and Finance) at the University of Birmingham. He is also the Executive Managing Director of Golden Crystal Lodge.

Henrietta Adwoa Osei, in 2017 completed a masters program at the University of Warwick. She later made the headlines all over Ghana when she married, Kwaku Shink, son of a rich import merchant.

I like to call Nana Kwame Bediako and his older brother Kwaku Bediako, the “real-estate family”.

Nana Kwame is CEO of Wonda World & Petronia, a real estate developing firm. He is the new kid on the block as far as the construction of modern city estate and town houses of the likes in Monte Carlo and Miami, USA, are concerned. He started life as owner of a nightclub in Accra in his mid 20s. By age 21, he had made a million pounds for himself, selling scrap steel and telecommunications material while attending school at Waltham Forest College and briefly, Westminster University. You can read about how other young Africans are making similar achievements but in the field of technology here: https://howtotechnaija.com/importance-of-technology-on-healthcare/

Today Nana Kwame is known for the ambitious projects like the construction of a $4.5 billion estate in Takoradi. Among other projects are the 43-apartment Kwarleyz in the Airport Residential area – named after his mother. There is also the 16-floor building designed by the celebrated architect Branco Cavaleiro, in Oxford Street. Nana Kwame also known as Cheddah is noted for his love for supercars and he owns a fleet including Ferrari and Lamborghini.

Kwaku Bediako is the Founder and Chief Executive Officer of Chase Petroleum Ghana Limited. A recent report estimated his worth to be $350 Million. He is also the Founder of Goldkey Properties and Blackwell Properties, two of the leading property developers with luxury apartments and townhouses in three prime areas of Accra which includes Airport, Cantonments and Roman Ridge.

The sons of Ghanaian serial entrepreneur and politician, Dr. Papa Kwesi Nduom cannot be left out of our list. His Groupe Nduom company has over 60 businesses from banking to media to real estate, insurance and mining. Dr Nduom revealed how he lost $2 million in on day, in the April edition of the Forbes Africa Magazine. Phew!!

Dr Edjah Nduom is a neurosurgeon in the United States of America. He is the first black to chair the Young Neurosurgeons Committee of the American Association of Neurological Surgeons.

The children of Dr Kwabena Duffuor, former Finance Minister and former Governor of the Bank of Ghana, surely deserve a mention on our list. Reportedly worth $680 Million, Dr Duffuor is the Founder and Chairman of HODA Holdings, a business entity comprising Insurance, Banking, Real Estates, Farming, Mining and Media (EIB Group).

Kwabena Duffuor II is the Board Chairman of uniSecurities. He is a banker by profession. He was appointed CEO of uniBank (Ghana) Limited effective 1st June, 2017.

Kofi Duffuor is the Managing Director of Star Assuarance. Kofi had his insurance training in the United Kingdom and has been in the insurance industry for over twenty-five years.

Martin is the son of Theresa Oppong Beeko, the CEO of Manet Group one of the largest real estate developers in Ghana. Martin is the Managing Director of the Manet Group. He is married to the beautiful Christal Jeane, CEO of INEN Limited, and a former TV host.

Continue Reading
Advertisement
You may also like...
Related Topics:family legacies

Got a spare room to rent out for extra income? This is how SingleroomGH.com is providing a practical solution to lack of housing in Accra
How the Internet is making it a little easy for female artists to break through, the case of Naana Blu
Advertisement