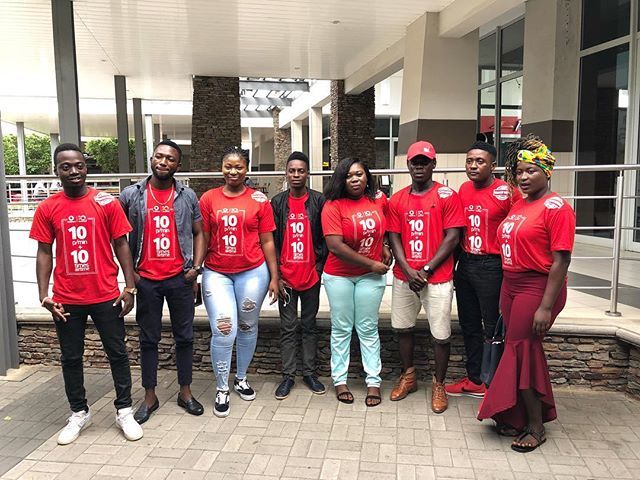 GHC 100,000 recording deal up for grabs! Vote for your favourite to win Vodafone Icons[/caption] Vodafone has announced the top 8 finalists for the finale of this year’s edition of ‘Vodafone Icons’, dubbed ‘Rep Ur Hood’. The finalists are; Tina representing Kumasi-tech, Bogo Blay representing Tema, Verony representing Dansoman, Serwaa representing Tema, Evance representing Dansoman, A.A Smart from Takoradi and King Garo from Nima. https://www.youtube.com/watch?v=YjVaVBGejA0 Vote for your favorite  for the chance to win a GHC 100,000 recording deal. Dial *4353# to VOTE for your favorite to win. Voting closes on Friday, October 5 with the final show scheduled to be held at the Achimota Mall on Saturday, October 6.   The ‘Rep Your Hood’ edition which marked the return of the music competition after its short hiatus, sought to set the stage for contestants selected from extremely competitive auditions to represent and perform in their various localities. The 11-episode journey witnessed thrilling yet tight performances from contestants across the country with the final 8 making it to the final stage. The External Communications Manager for Vodafone, Daniel Asiedu, explained that Accra has quite a number of representatives due to the massive turnout of contestants during auditions. He identified the unique feature about this year’s edition being the fact that “it is an outdoor event” and contestants performed outside from start to finish.]]>

Related Topics:Vodafone Icons
Up Next

Chris Fonye popularly known as “Hydraulix Fonye” is a Ghanaian producer, sound engineer, songwriter and singer with a vast experience in the Ghanaian entertainment industry. END_OF_DOCUMENT_TOKEN_TO_BE_REPLACED

Although there may be hundreds of afro-beats artists in the country, Highly Spiritual Music signee, Lasmid believes he is unique. END_OF_DOCUMENT_TOKEN_TO_BE_REPLACED

Highly Spiritual Music signee, Lasmid, has stated that he wasn’t expecting his song “Friday night” to reach such great heights within a short time frame. END_OF_DOCUMENT_TOKEN_TO_BE_REPLACED

The 2023 African Cup of Nations, AFCON initially scheduled for Côte d’Ivoire next June will now be held in January and February 2024 due to the concerns over the rainy season in the country. END_OF_DOCUMENT_TOKEN_TO_BE_REPLACED