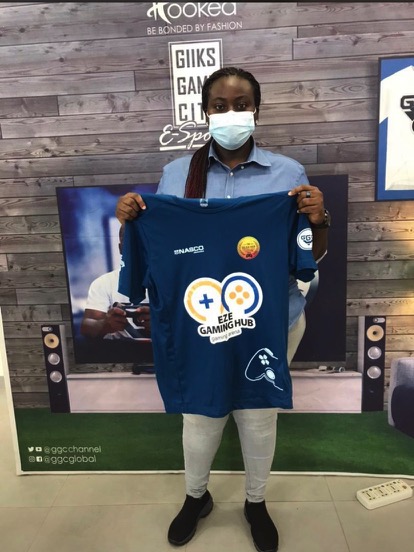 One of the most highly anticipated competitive team Esport tournament has been launched in Ghana by a leading Esport organisation – Giiks Game City (GGC). The Golden Hour tournament is a FIFA 2v2 team tournament where two players and a coach represent each team. The teams compete by playing set games on Play station consoles for the grand price.

The ten teams participating the tournament were drawn from across the country following an open registration process. The teams include one owned by a prominent international celebrity- Issiah “Triforce“ Johnson ( Guinness World Record holder for -The person to have placed first in the most midnight madness launches for video games, who has been at the front of the line for seven release day parties in New York, from 2004-2011).

Triforce joined the launch via a zoom link from his base in Jamaica to share his thoughts about Esports globally and encourage the teams in the competition. He challenged the teams with his quote “team work makes the dream work”.

Atsu Sikanku, the International Representative of GGC based in Hull, England also commented saying, “The team with the best team connections will win the tournament”

One of the highlights of the launch was the introduction of first and only female team coach known to date in the country. Eze Gaming Hub based in Ho, in the Volta Region is a growing Esport Franchise who have been promoting and developing Esports in the region. Coach Dabi Diamond, is the coach for Eze Gaming said she was excited to be part of the first team sport event she will be leading her team through and was looking forward to an exciting and challenging tournament. This brings into sharp focus the topic of female participation and engagement in Esports in Ghana. The Esport space has been dominated by young males.

Esports (gaming) has had some negative stereotypical accolades in the past however this is slowly being changed by the kind of events promoted and the opportunities being provided across the spectrum of activities that go into developing games, organising tournaments and content. The coach and owners of A-team are professional Accountants and IT professionals who have a real 9-5 job they attend and make time to engage with the industry. Team Falcon is made up of students from KNUST, who have previously been playing together for fun and now taking it a level higher to play competitive games. 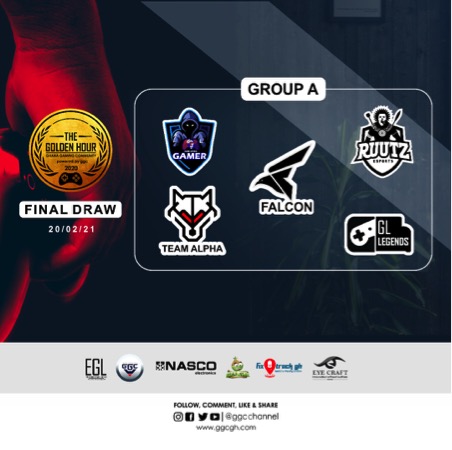 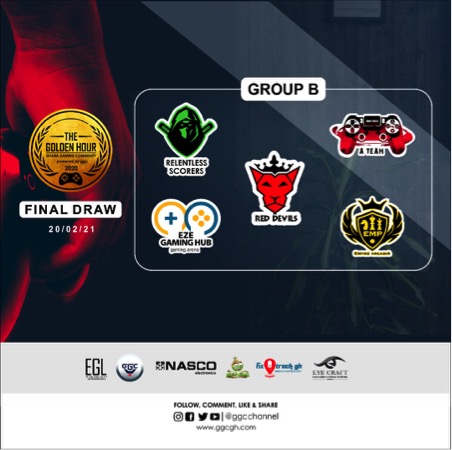 During the launch the teams were balloted into two groups and one of these groups was tagged the GROUP OF DEATH- Group B. Key players include well known individuals in the gaming industry, the likes of Wondakid , Sulley ( team Empire Acadia), Apetor and Lukaku ( team GL Legends) and Jookul ( team Falcon)

Key sponsors include EGL,NASCO and Eye Craft, who have been very supportive of GGC events for many years. Others include Bra Kube and Fix Track GH.

Giiks Game City is a not-for-profit organization formed with the primary goal of making an impact in the revolution of gaming(esport) in Ghana and the African continent. We are committed to improving the gaming industry and culture of the youth by organising and hosting of prestigious esports events, creating and modifying existing Ghanaian contemporary games into world class video games for a wider audience.

We believe gaming is not just for fun or recreation but it is also educative and has socio-economic benefits. Through our esport tournaments, we seek to develop skills and passion , as well as grow healthy competition which is rewarding and exiting. We believe with great discipline and dedication participants can actually build a career in the gaming industry as we create the environment where people can convert their passion into a source of income through professional gaming .

Related Topics:Esport tournament
Up Next