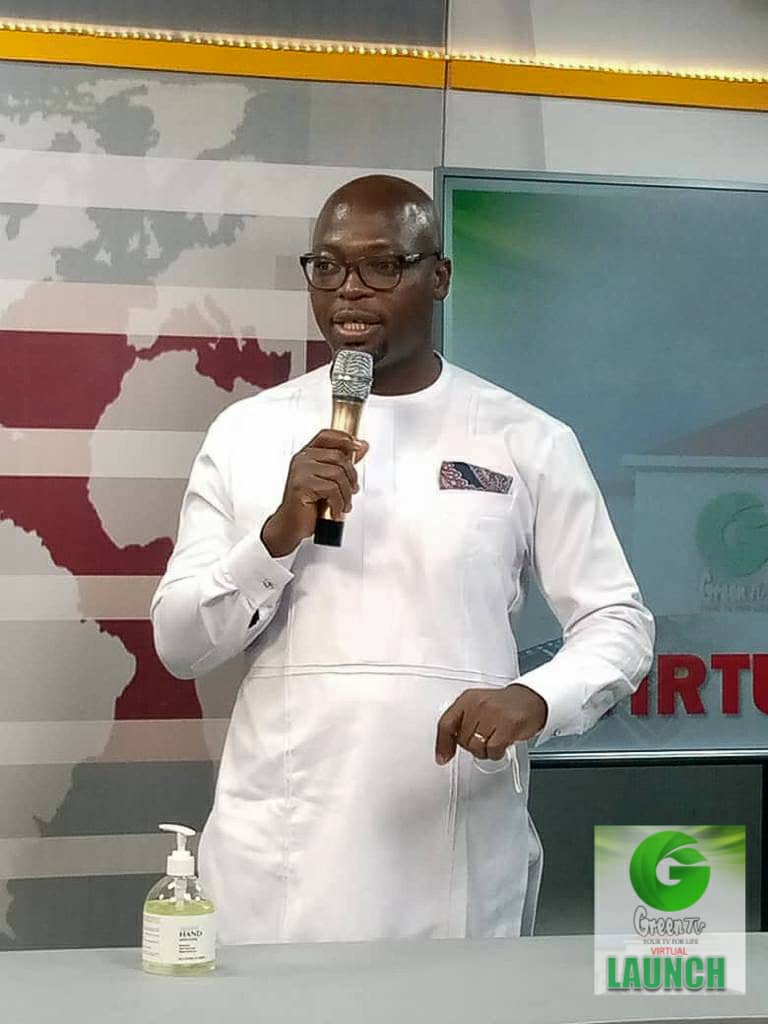 The Green Group of Companies, operators of Green FM, Yateso.com U – fresh, Green  Schools and Green online.com has launched another Subsidiary, Green Television in Accra.

The locally-based television station which is situated in the heart of Nungua- Kantamanto was launched virtually at  the studios of  Green television  on Thursday the 28th of May, 2020, following the covid-19 pandemic  prevention and further spread protocol, which  frowns upon social gathering in Ghana,  and the strict adherence to ban on social with few invited  guests  and was broadcast live on Green Television. Management of the station used the occasion to  outdoor some exciting programmes  to be aired on the  network to the viewing public. Some of the programmes include  ‘ADIYISƐM MU AHINTA NSEM’, which delves deep into the mysteries in the book of revelation.’ ME KASE3’, (MY NEWS), which will engage and involve the public in the news via Wussap on issues bothering them in their communities for immediate attention and positive solutions. An hourly  breaking news, called ‘ASUKƆ’ where stakeholders involved in a particular subject matter will be brought to answer, GREEN KASEƐ ,both Midday and Evening news,  TOFA KASEƐ, that is News summary, SOCIAL MEDIA TODAY, a Wussap show and GREEN SPORTS  as well as Green SHOW and , ‘APASO’ the Morning  Show among other exciting programmes were all outdoored.

Explaining  the purpose of gathering  and introducing  the invited guests, Mr Richard Oppong Da- costa, General Manager for the newly outdoored Green Television , said the Station has come to stay and she is ready to serve the people of Ghana with quality programming such as News and Current Affairs, Informative and Inspiring Morning Show, Up- to- speed Sports programmes and quality entertainment among other programmes. Chief  Executive of the Green Group  of Companies, Mr Ernest Asante Waife who outdoored and endorsed ‘ASUKƆ’ said his dream to set up Green Television  started years ago  and according  to him, the station which has been in existence for over two years,  offers free to air, direct-to-home broadcasting network, which covers the whole of west Africa and other African countries. 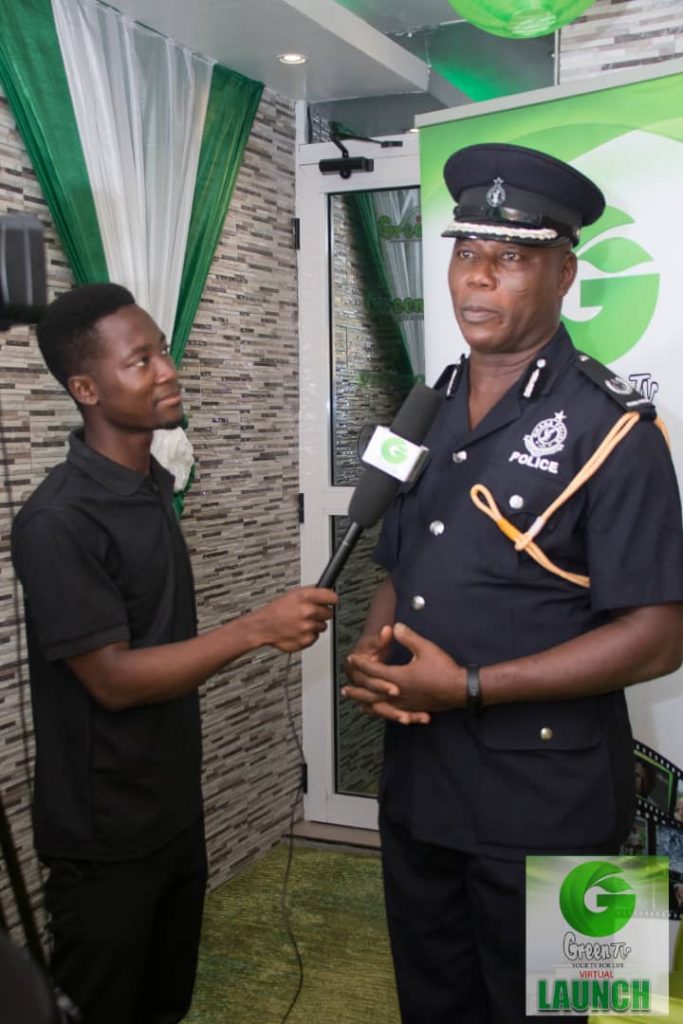 Promising the  viewing public  of  quality programming on Green Television, Mr Wiafe maintained that the station is in to change the status quo in Ghanaian television programming with nothing but the best.  Representative of the Paramount  chief  of Nungua  and President of the Authentic  Nungua  Traditional  Council, His Royal Majesty  King Professor  Dr. Odaifo Welentse III, Nii Afotey Gbetse VI, who is  the Asoprotsona Manste presenting his Royal  Majesty  king Odaifio Welenste, goodwill message, while launching Green  Television as well as endorsing the station and its programmes, urged Ghanaians  to always be watching  Green Television for quality, informative  and educative  programmes.

He however pleaded with the management of Green TV to as a matter of urgency,  include cultural and traditional programmes  of the Nungua  traditional area which he said will go a long  way to further  inform the world about  the rich Ga tradition and culture, especially  that of the people of the  Nungua traditional area, and also help the indigenous people to identify with Green Television.

Speaking at the virtual launch Kpeshie Divisional Police Commander, ACP Francis K. Tsidi, debunked claims that his division is a  lawlessness community. Comparing Nungua and its environs to  other communities as far as security is concerned, ACP Tsidi expressed happiness about his division’s peaceful coexistence and maintained that his men and women in uniform have worked tirelessly to maintain law and order in Nungua and its environs. He also advised Ghanaians, especially, the youth to be Peace loving and tolerant in this election year and urged the citizenry to adhere to the directives of the authorities should the EC use the old or the newly planned Voters’ register.

Some of the invited guests include Rev. Paul Johnson Seady of the  Glowing Light Chapel, who launched the ‘ADIYISƐM MU AHUNTASƐM’, Programme, Mr Windleton Coffie, who launched the ‘GREEN KASEƐ’ , Mr Evans Nana Yaw Quaye, who launched the ‘TOFA KASEƐ’ , Miss Stella Koffie who also launched the  ‘SOCIAL MEDIA TODAY’ , and  Mr Nathaniel O. Arhin who launched the ‘GREEN SPORTS’. Other guests include ACP Francis K. Tsidi, the Kpeshie Divisional Police Commander, who launched the ‘ME KASEƐ’ and the Paramount Chief of Nungua and President of the Nungua Traditional Council, His Royal Majesty, King Professor Dr. Odaifio Welenste III, who was represented by three chiefs, headed by the Asoprostona Manste, Nii Afoley Gbeste VI. Meanwhile, The Member of Parliament for Krowor constituency who doubles as the Minister  for Fisheries the  Honourable Elizabeth Naa Afoley Quaye and the NDC aspiring Parliamentary candidate for Krowor constituency the  Hon. Agnes Naa Momo Lartey honoured an invitation from Management of  Green Television to grace the occasion but never showed up and also refused to inform the station they could not come. 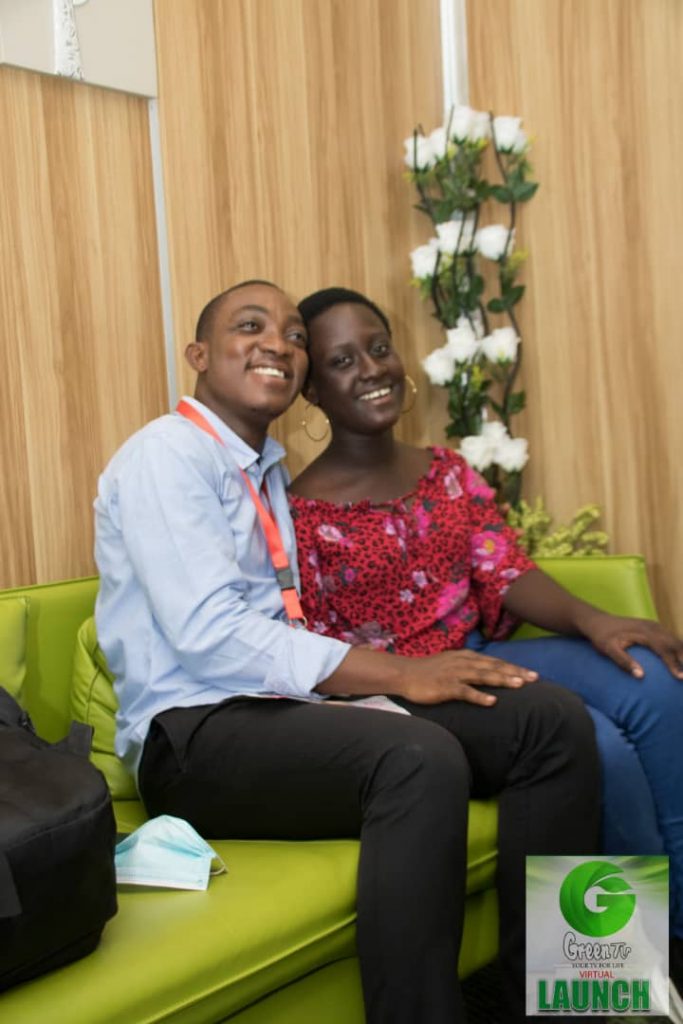 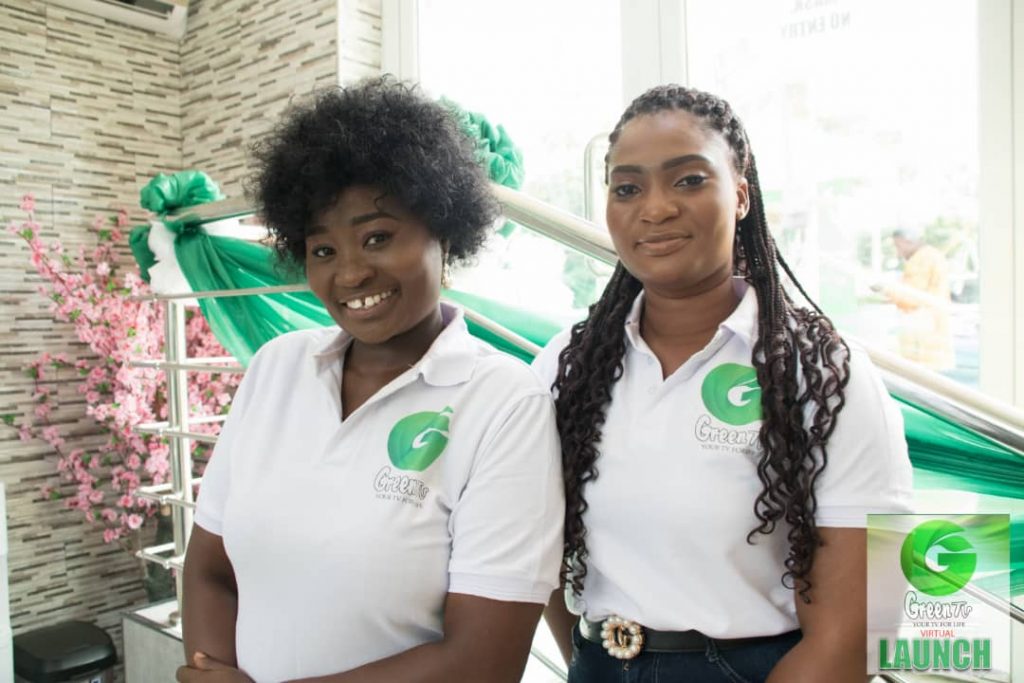 Green Television is a registered Ghanaian based company that offers free to air, direct to home broadcasting network. The coverage area is the whole of west Africa and other African countries. The  station enjoys huge viewership because of their positioning strategy of thinking global and acting local by virtue of the  content and programmes . As a free to air, satellite and terrestrial channel that appeals especially to the masses and therefore an ideal platform to promote products and services, Green Television, has an added on advantage over its competitors.

Related Topics:Green Television
Up Next

Home Generators For Power Outages – Here’s How To Choose

Imagination lands on emirates.com as airline keeps kids entertained over the holidays