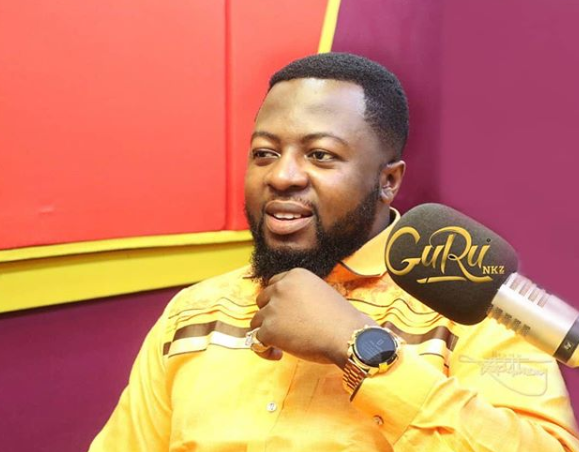 Hiplife musician, Yeboah Adjei Maradona, known in showbiz as Guru, has launched a campaign against suicide among the youth.

He has revealed that he will implement the initiative at second-cycle and tertiary institutions through musical lyrics.

“Most of these deaths are due to broken relationships and the young ones in the secondary and tertiary institutions are the victims…we must all go and help deal with the situation”, Guru told Luv FM Drive Time host, DJ Reuben on Tuesday.

A survey by the University of Ghana in 2018 revealed, at least, 500 out of 2,000 Senior High School students confessed to having engaged in suicidal behaviours.

According to the World Health Organization, nearly 800 000 people die of suicide every year, with many more attempting the act.

The rapper believes suicide must not be an option for anyone, especially, those with relationship issues.

‘If you are a Christian, you know your religion is against that, and every religious belief in this country abhors it too, so why do you contemplate,” he  quizzed

Guru as part of the campaign intends to push for the Ghana Education Service to strengthen counselling units at all levels of education to deal with student depression.

The first of songs to advance the campaign, titled “Suicide” has been released.

Guru is using the song to admonish the youth to focus more on education and career goals than relationships.

Ghanaian rapper, Okyeame Kwame has opined that the new crop of rappers in the industry are far “better” than him and others who have been in the game for two decades. END_OF_DOCUMENT_TOKEN_TO_BE_REPLACED

Ghanaian rapper, Sarkodie may be gearing up to speak against the governance of the nation by the ruling New Patriotic Party (NPP). END_OF_DOCUMENT_TOKEN_TO_BE_REPLACED

Ghana’s social media has been buzzing after a video showing a young  Ghanaian in police escort to go and buy a burger went viral! END_OF_DOCUMENT_TOKEN_TO_BE_REPLACED

Broadcast Journalist at Metro TV, Bridget Otoo has come after employers who fail to pay their workers, yet live lavishly. END_OF_DOCUMENT_TOKEN_TO_BE_REPLACED