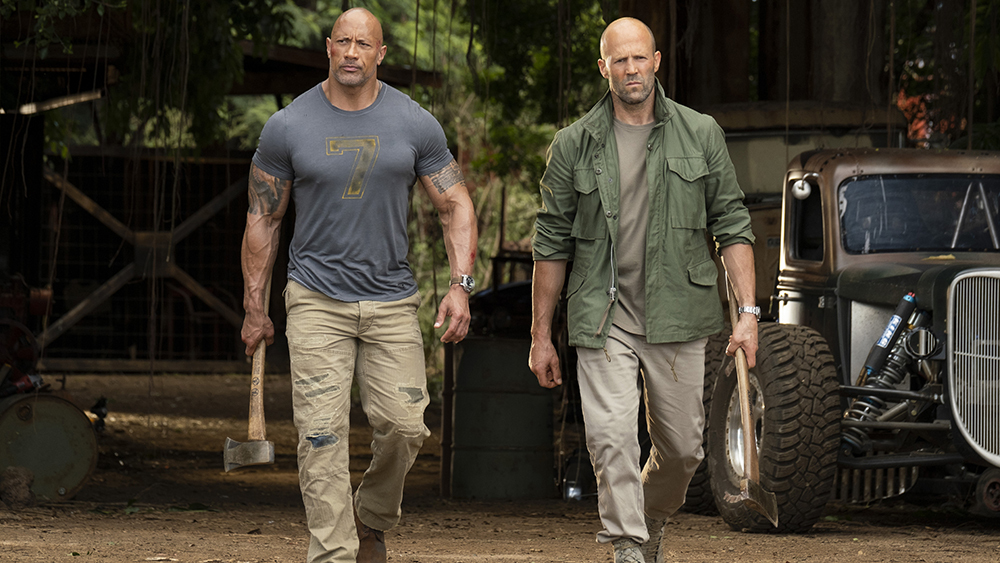 Fast & Furious Presents: Hobbs & Shaw has set a new 2019 box office record for being the number one movie in the world, for four weeks in a row.


The first non-Disney/MCU Hollywood blockbuster of the year beat the previous three-week record held by Avengers, Spider-Man and Captain Marvel.

🙏🏾🥃 Hobbs & Shaw sets new 2019 box office record for being the #1 movie in the world, for four weeks in a row. Besting previous three week record held by Avengers, Spider-Man and Captain Marvel. Records are made to be broken, so I look forward to the next great movie giving us a run, kickin’ my ass and takin’ the crown 👑 Thanks everyone for the amazing support and hope you had a fantastic Labor Day with your loved ones. Now back to my labor 🤙🏾 #hobbsandshaw #1 🌎

Hobbs & Shaw earned $45.4 million worldwide, becoming the first movie of the year to top the global box office four weekends in a row. The Dwayne Johnson/Jason Statham earned another $6.04 million (-25%) over the fifth weekend with a likely $7.73 million Fri-Mon frame. It will have $158.5 million in North America by Monday. That’s a strong hold, which means I might have to start prepping a “Hobbs & Shaw passes John Wick: Chapter 3” post after all. It still has the action field to itself and Angel Has Fallen until Rambo: First Blood on September 20.

It’s going to be a nail biter in terms of passing the $171 million cume of Lionsgate’s Keanu Reeves actioner, so stay tuned.