Here is a sneak peek into what February has to offer DStv viewers!!!

Oggy and the Cockroaches: Monday from 1 February 5:20pm

He’s blue, he’s a good guys, he wouldn’t hurt a fly… that’s right, Oggy is back for all new cockroach-filled mischief! Poor Oggy! No matter what he does or where he goes, there are always three little, but very present, obstacles in his way: Joey, Marky and DeeDee, the sneaky cockroaches! Catch this adorable octopus Oggy every Monday from 1 February 5:20pm.

A snack is a special treat that can fill the space between two meals. This is the idea behind the cooking show, Snack Attack. Chef Ranveer Brar brings you innovative snack recipes using everyday ingredients and giving it a snack attack twist! For a variety and explosion of snack flavours from sweet, sour, salty to spicy tune in every Tuesday & Thursday at 3:30pm.

Destiny; every Monday at 5:00pm

Yuvraj has information about Akaash, but no one listens to him. The family is busy with the engagement and wedding preparations. Yuvraj’s determination to expose Akaash causes a rift between him and the family

The People v O.J. Simpson airing from 3 February at 6:10pm. Based on the book The Run of His Life: The People v. O.J. Simpson by Jeffrey Toobin, it explores the chaotic, behind-the-scenes dealings  inside the O.J. Simpson trial with a riveting look at the legal teams battling to convict or acquit the football legend of double homicide.

The third season of this sexy, smart series kicks off. Catch four new faces joining the cast. Among the special guest stars are Billy Baldwin and a returning Lynn Whitfield who will be back as Jelena Howard’s mother, Vanessa. Catch this new season every Friday from 5 February at 5:30pm.

This People’s Choice Award nominee for favourite dramedy is perfect viewing for fans of White Collar and Harry’s Law. The series is back on the screens from Thursday 4 February at 5:30pm.

Golden Globe winning legal drama that follows the tumultuous lives of a group of attorneys. In the season premiere, Alicia attempts to revive her career by representing arrestees in bond court. It airs on Fri 29 Jan and every Saturday at 6:00pm.

The awards season continues and M-Net presents to you the The 22nd Annual Screen Actors Guild Awards, honoring the best achievements in film and television performances for the year 2015 on Sat 30 Jan

Top Actor Africa will test the actors to the limits over seven weeks in nine vigorous acting challenges, taking them through every genre from Improv to Comedy, Theatre, Soapie, Commercial, Romance, Horror, Drama and Action.  Along the way they will work with Hollywood and local industry experts including celebrity actors, casting agents, directors, producers, managers and writers. Mondays from 1 Feb at 5:30pm.

Stephanie is a former party girl who trades in her cocktails for carpools when she instantly adds three children to her life by marrying their father, Charlie. Needless to say, she struggles to find a balance between her fun-loving and slightly irresponsible lifestyle with being a full-time stepmother. Mondays to Fridays 5:00pm.

Zoe Ever After: Wednesdays 7:05pm

The show stars Brandy as Zoe Moon, a newly single mom stepping out of the shadow of her famous boxer ex-husband Gemini Moon (Dorian Missick) while trying to balance dating, motherhood, a complicated relationship with her ex and finally fulfilling her career dream of starting a cosmetics company.  Zoe is finally able to move out of the shadow of her famous husband, and in doing so, proves to her eight year-old son that she can be a champion, too. Wednesdays 7:05pm.

The Island with Bear Grylls (Premiere): From Tuesday 2 February at 6:00pm

Returning for a second series, ‘The Island with Bear Grylls’ sees Bear abandoning 14 men and 14 women on separate desert islands in the Pacific. They will be completely alone, filming themselves, and with only the clothes they’re wearing, some basic tools, and their own resourcefulness and spirit. When stripped of all the luxuries and conveniences of 21st-century living, does the modern Briton still have what it takes to survive? From Tuesday 2 February at 6:00pm.

Join E! this month for a brand-new exclusive documentary series and meet 20-year-old Tyler Henry, who has had incredible clairvoyant abilities since the death of his grandmother in 2006. Tyler meet celebrities – including Boy George and Bella Thorne – who are seeking contact with their lost loved ones. From Friday 5 February at 6:00pm.

Stockholm, Pennsylvania tells the story of a young woman’s struggle to readjust to life after returning home 17 years after being kidnapped as a child. Having long forgotten her family, after being raised by her captor Benjamin McKay, Leia finds herself unable to connect to those who love her the most. It airs on Sunday 7 February at 6:00pm.

A Crime to Remember (Premiere): From Friday 5 February at 8:00pm

A Crime to Remember’ returns for a third series of the most provocative real life murder cases of the 50s and 60s – stories of twisted relationships, terrible crimes, and investigative twists and turns, wrapped in the fetishised world of bullet bras, garter belts and three-martini lunches. From Friday 5 February at 8:00pm.

For many people, committing to a spiritual life through study, practice and compassion reveals faith. First, Shi Yan Fei is a young Buddhist monk at the Shaolin Monastery in Dengfeng, China, who came to the monastery because of his passion for kung fu. While Shi Yan Fei has nearly mastered king fu’s physical movements, he has encountered difficulty mastering the spiritual elements. On Sunday 7 February at 6:00pm.

All You Should Know About Showmax’s First Nigerian Original Limited Drama Series, Diiche! 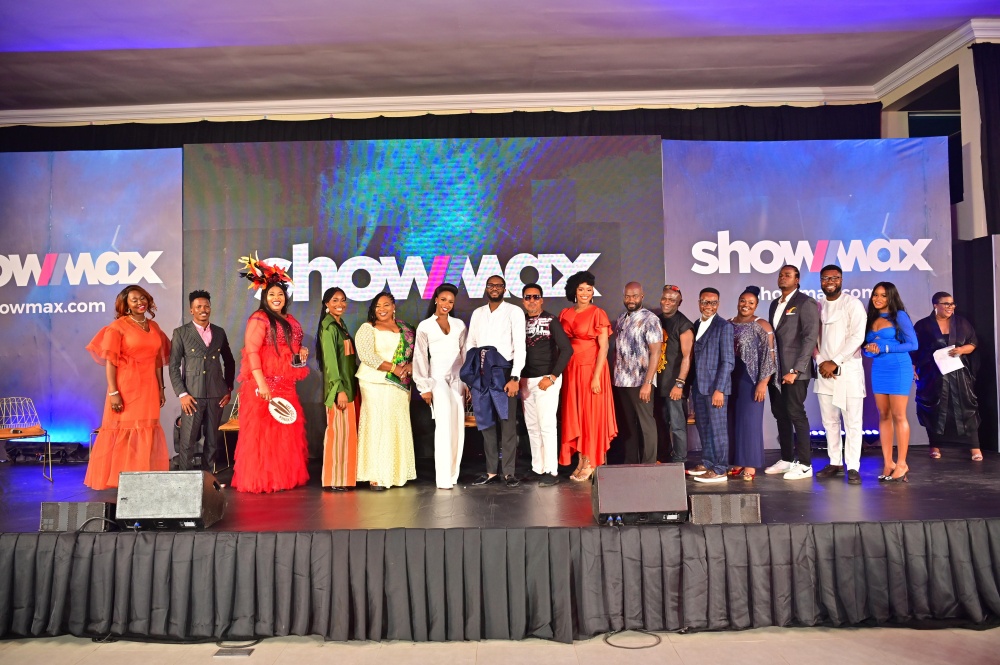 In an immature society culture is an import; for a mature one it is a native manufacture which eventually becomes an export. – Northrop Frye. END_OF_DOCUMENT_TOKEN_TO_BE_REPLACED

This Week’s Episode Features a Conversation With K.O, the 5 Hottest Tracks of the Week, Africa Rising and Dadaboy Ehiz’s Favourite Track of the Week! END_OF_DOCUMENT_TOKEN_TO_BE_REPLACED