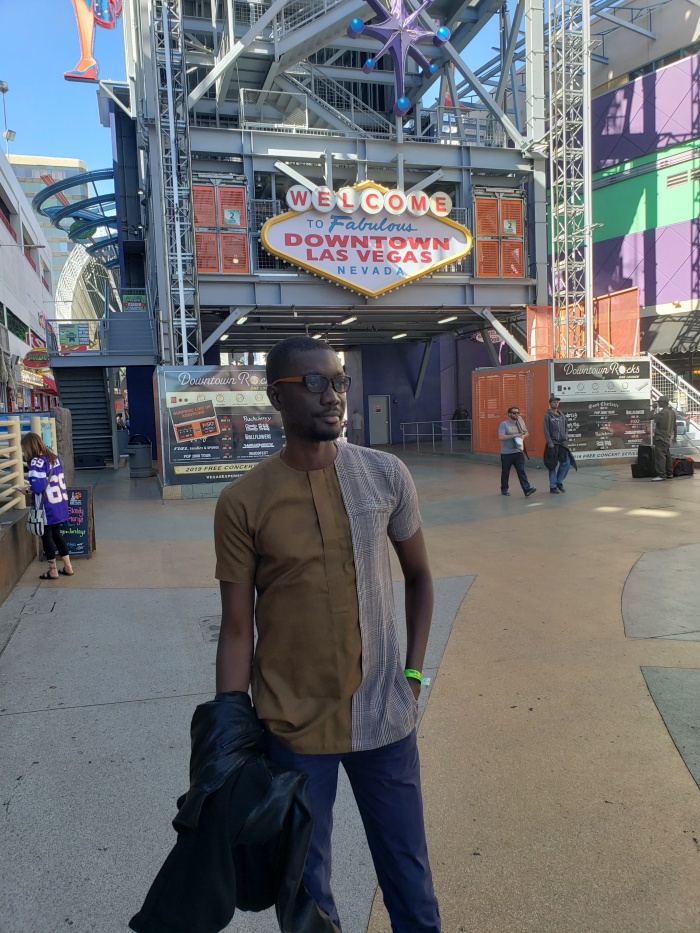 My trip to Las Vegas, by far, has been the most fun and eventful this visit to the US!

I was seated next to Margarita ( an elderly Puerto Rican woman) on the flight to Orlando. We were the only two in a row of 3. We struck an acquaintance and started talking about Christianity, family, work, travels and more throughout the flight. I had an over 5-hour layover in Orlando so I headed to baggage claim and exit area so I could have my official taste of Florida.

I stayed with Margarita to pick up her bag, which is was one of the recommended best checked luggage,  for her while she waited for her sister and cousin to come pick her up. As a committed Christian, she felt obliged to reward me for staying with her and assisting her. She gave me $100 and though I said I couldn’t take it, she insisted and placed the money in the pocket of my jacket.

Her family finally arrived and they even wanted to take me out and later bring me back to the airport to catch my flight to Vegas. But I said I didn’t want to trouble them.

Anyway I made my way to Las Vegas, and after going out to eat and experience some Halloween fun, I got back to my hotel to find a stranded guy from California on the streets. He told me his story of how, he tried to check into the hotel but couldn’t because of issues with his card.

What better place to have Halloween than Vegas?#halloween #lasvegas #daynvegas2019

So I offered to book a night at the hotel for him with the money Margarita gave to me! I knew I wasn’t scammed when the receptionist said ‘God bless you for helping ‘ because he had tried to book with no success earlier.

Maybe next time I should try holymolycasinos.com/ and give away my winnings to the needy as well. What happens in Vegas, stays in Vegas…wink!

3 Things Every Online Video Creator Can Learn From BuzzFeed

Can You Sue the Makers of the Earplugs for Hearing Damage?