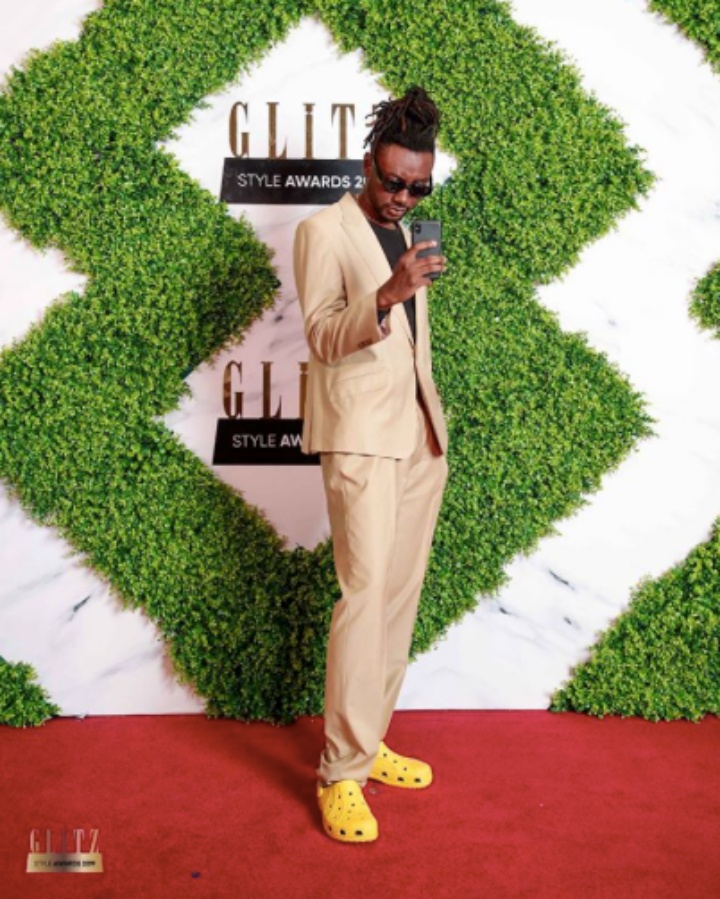 Pappy Kojo has suggested that he brought fashion into the Ghanaian entertainment industry.

The rapper, who presented the award for Fashion Blogger of the Year at last Saturday’s 2019 Glitz Style Awards, claimed that he deserved a nomination in the style awards.  He was responding to a fun question from Ameyaw TV’s JQ, on how he felt about the ‘snub’.

“It’s disrespectful, I brought fashion into this country…you already know that“, Pappy Kojo said on the red carpet, as he joked about wanting to boycott the ceremony even before it started!

Glitz Africa held the fifth edition of its Glitz Style Awards on Saturday, September 14 with singer, King Promise winning two nods including Social Media Style Influencer of the Year and Artiste of the Year

The celebrates individuals setting trends and raising standards with their sense of style; and also seek to strengthen the growing fashion industry by establishing, developing and promoting international industry standards here in Ghana.

The 2019 Glitz Style Awards winners were announced as follows;

Artiste of the Year– King Promise

Stylist of the Year– Kelvin Vincent

Individual Style of the Year– M.anifest

‘Kelvyn Boy is my son, there is nothing happening’ – Stonebwoy on sacking Kelvyn Boy