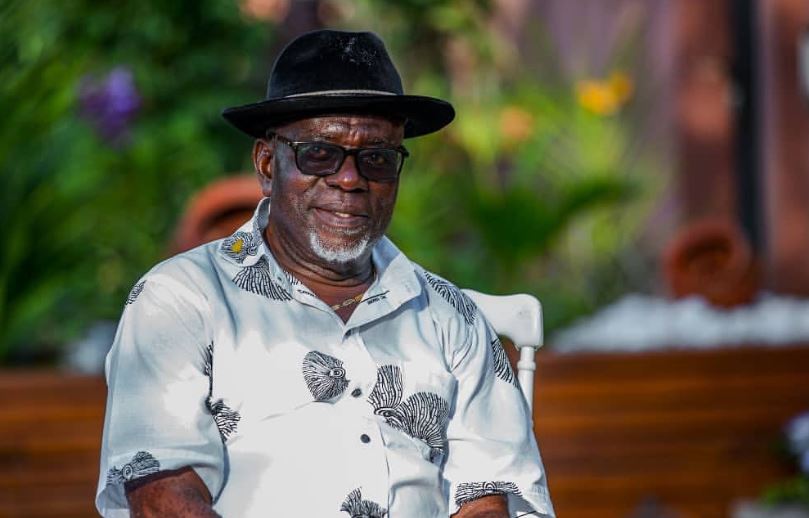 VETERAN actor Fred Nii Yartey Amugi says he has not been celebrated yet for someone who has been in the industry for so many years.

Speaking with Graphic Showbiz recently, Uncle Fred, as he is popularly called, said he believes the celebration will come soon. “It won’t keep long, God being who He is, I will be celebrated. From where I cannot tell and how I cannot say but I know it will happen,” he stated.

Giving his thoughts on the local film industry, he said, “Today it is up, tomorrow it is down and that is how it is going. At a time, a crop of new faces will come and they will bring the whole industry up.

“Before you know everything is down because they are not around. Some can’t sustain the industry by being there always. I have been there since I was 30 something years and at 71, I am still in there.”

“Humility is lost in the industry, the least chance somebody gets to get to the top, the person starts to raise his or her shoulders and people do not want to use them again because they think they have gotten there.

“And when it comes to paying artists what is due them, producers and directors will go for what belongs to them and neglect players in their films.

“When they go to register to get their royalties, they register only themselves and forget that what they have, came to fruition because of the actors, that trend must change,” he said.

Fred Amugi said now he getting roles on a regular after a long lay off. “I didn’t lay myself off but at a point, producers thought because I have been in the game for so long, I will charge extravagant fees they cannot afford when they approach me.

“Meanwhile they are paying these young ones five times what they give to Fred Amugi or Oscar Provencal. Now I have a manager who handles everything so constantly I get calls to plays roles around my age, from the late 50s to early 70s,” he said.

Talking of remuneration, Fred Amugi believes that now that he has a manager who negotiates for him, it is cool.

“Since my manager negotiates on my behalf, I sit back and tell myself, then it is cool. I am too kind-hearted when it comes to taking artist fees to the extent that some I have worked for have sold their works and taken royalties but they have still not paid me my artist fees,” he disclosed.

True Note Lounge to host the ‘Night of Freedom’ with Sefa, Dopenation, other