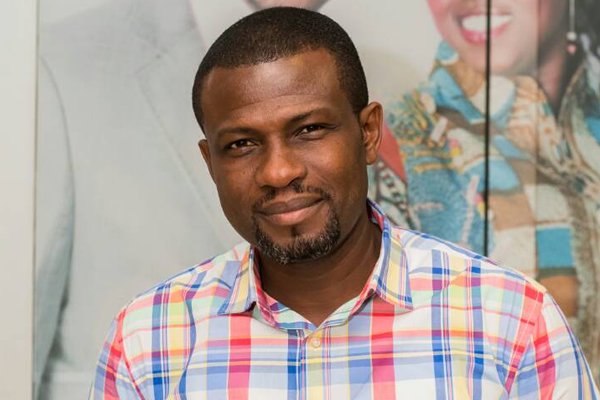 The President of the Creative Arts Council and Programmes Director of Hitz FM, Mark Okraku Mantey has revealed that he may have played an instrumental role in blacklisting Sarkodie’s fourth studio album, “Mary” from the Multimedia platforms.

In an interview with Andy Dosty on Hitz FM, Mark explained that he participated in the move because Sarkodie had disrespected the media outfit some time back.

In September, Sarkodie had tweeted at myjoyonline and said that his respect for them had dropped after they headlined an article about him saying, “I have come of age so I don’t just grant interviews – Sarkodie”.

Mark said this tweet pushed him to join the agenda to blacklist the “Mary” album on all multimedia platforms.  He however stated that he later confessed to Sarkodie when things got settled.

“Andy Dosty was the one who felt we had forgotten about it and started playing music from the album…” he said.

Sarkodie in an interview, later  apologized to the media outfit while addressing the issue on KSM’s Show.

He said, “It was a tweet. It was not limited to… Most times, we are not that serious but we check ourselves from time to time. Because I love Joy and I talked about Joy because I love Joy. Just like you, I rarely will go on a show back to back like I do here, but this place feels like home and it’s more genuine. You bring the best out of people, so they can be themselves. But it’s rare to get that these days because if people need traffic to their websites, they need to create the controversy and negative energy for people to watch. “Believe it or not, people like bad news more than good news. But the people who choose to go with the good news, if we have two of them and KSM is one, I wouldn’t want to lose you. So if I lose KSM, I won’t be happy, that was the whole vibe but it was nothing personal. May be the words came out in a bit of disrespectful way but I feel this is a station I love and I don’t want them to go on that path.”

The misunderstanding seems to have been settled as Sarkodie has been on their platforms quite recently to grant interviews.

Mark Okraku Mantey also took the opportunity to advise Shatta Wale for realizing the need to build a better relationship with the media.

Cardi B wins Big at The American music awards (AMAs)

Black Stars Captain, Andre Ayew has spoken up after his penalty miss at the FIFA 2022 World Cup Tournament. END_OF_DOCUMENT_TOKEN_TO_BE_REPLACED

Ghanaian actor and entrepreneur, John Dumelo has requested for the funds set aside for the Black Stars, had they qualified to the round of 16 in the FIFA 2022 World Cup, to be used to purchase desks for school kids. END_OF_DOCUMENT_TOKEN_TO_BE_REPLACED