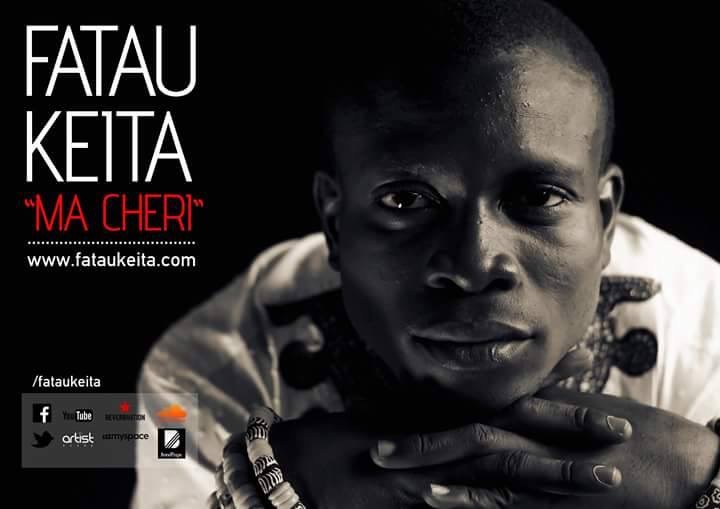 Fatau Keita is a Ghanaian singer, songwriter, guitarist and percussionist who blends traditional Dagamba music like “Simpaa” with highlife and takes inspiration from musical legends like Salif Keita, YoussouN’Dour, Angelique Kidjo and FelaKuti.

Fatau Keita known in normal life as Fatawu Abdul latif, originally hails from Tamale in the Northern Region of Ghana.As a young Tennis player with great skills, music had always been a deeper passion and

lurking talent waiting to explode. Fatau Keita discovered his musical genius at an early age of 16 when he wrote his first song. With his Dagamba(also often referred to as Dagomba) roots and deep passion for acoustic music and string melodies, he started practicing his guitar skills and perfecting his vocal abilities.

Through the changing seasons of life, Fatau Keita has had to struggle most of the time on his own just to make his music career a dream come true. The experiences has inspired and motivated him to write amazing songs

Fatau Keita is what we call an “African Pop Musician” or even “African World Musician”: an inheritor, creator and young exponent of a kind of African popular music that transcends the conventional boundaries of popular music at least as far as the West of Africa is concerned.

Fatau Keita music style can be attributed to the traditional Dagamba music he grew up with that seems to resonate in the Mandingo-Pop of Salif Keita and the Wolof-Mbalax from YoussouN’Dour.The timbre of his voice makes is reminiscent of Senegalese BaabaMaal’s virtuosic singing. Some of Fatau’s acoustic recordings are also resonate with Mandingo musical personalities like KanteManfila and/or the huge musical legacy of Guinea’s Bembeya Jazz of the 1970s/1980s, although they are Fatau’s original compositions.

Fatau Keita creates a strong, idiosyncratic style that is both; steeped in trans-regional/trans- national/panAfrican modernity as well as Ghanaian cultural tradition .All in all, his style shows a special interaction of local and trans-local musical sources to craftily fashion a new form of musical expressionmusic rooted in his outstanding musicality, contemporary Dagamba culture, pan-west African world music, Accra and Ghana’s modern popular music, as well as Twi and Hausa “lingua franca popular music & culture” – all make up the special texture of his music.

Curated by Dr. Markus Coester of World Music, his maiden album (SELINA-2015) with nine tracks was recorded in Ghana and digitally mastered in Germany. His songs are available in most digital music services online like iTunes, MSN Music, and others.

Continue Reading
Advertisement
You may also like...
Related Topics:Fatau Keita

Queen of Katwe actress, Nikita Waligwa passes away at age 15