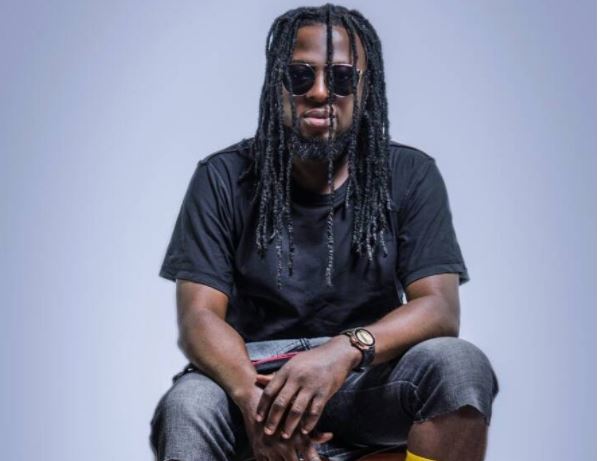 Hiplife artiste and NKZ music boss, Guru, has said that keeping dreadlocks is hell, the reason why he did away with his after a few short months.
Speaking in an interview on Sammyflex TV, Guru said the ‘wahala’ that comes with coming dreadlocks was too much.

“The headache and the heat on my head when I kept on the dreadlocks for six months last year was too much. I finally gave up and brought everything down when we went to shoot a music video in Dubai.

“The place was very hot and with the dreads on I just couldn’t handle it. It was very uncomfortable and I brought everything down after the video shoot. I was getting headaches when I was wearing dreadlocks. I now respect anyone who wears dreadlocks,” he said.

Moving on to other matters, Guru said his appearance including the way he dresses has changed because he is now growing. “I am now targeting the corporate world and you cannot dress anyhow if you want to get the attention of such people. I now do a lot of African wear and I am clean-shaven,” he stated.

About his music, Guru, who is known for songs like ‘Lapaz Toyota’, ‘Alkayida’, ‘Pooley’, ‘Samba’ and ‘Mpaebo’ among others said he is touring the country to promote his music to his fans.

“My fans are all over Ghana and the best I can do is to reach out to them. I have decided to do collaborations with the best artistes in each of the regions to broaden my fanbase. I started with Accra and will be moving to other regions,” he said.

Guru said he was done with getting a manager because they have all disappointed him.

“There is no need for a manager now because they have all failed me. They didn’t get the direction I wanted to go so we had to go our separate ways,” he stated.

Watch: Mr Eventuarry thrills fans to laughter at ‘the Oxymoron of Kenny Blaq’ in Nigeria

Ghanaian rapper, Okyeame Kwame has opined that the new crop of rappers in the industry are far “better” than him and others who have been in the game for two decades. END_OF_DOCUMENT_TOKEN_TO_BE_REPLACED

Ghanaian rapper, Sarkodie may be gearing up to speak against the governance of the nation by the ruling New Patriotic Party (NPP). END_OF_DOCUMENT_TOKEN_TO_BE_REPLACED

Ghana’s social media has been buzzing after a video showing a young  Ghanaian in police escort to go and buy a burger went viral! END_OF_DOCUMENT_TOKEN_TO_BE_REPLACED

Broadcast Journalist at Metro TV, Bridget Otoo has come after employers who fail to pay their workers, yet live lavishly. END_OF_DOCUMENT_TOKEN_TO_BE_REPLACED