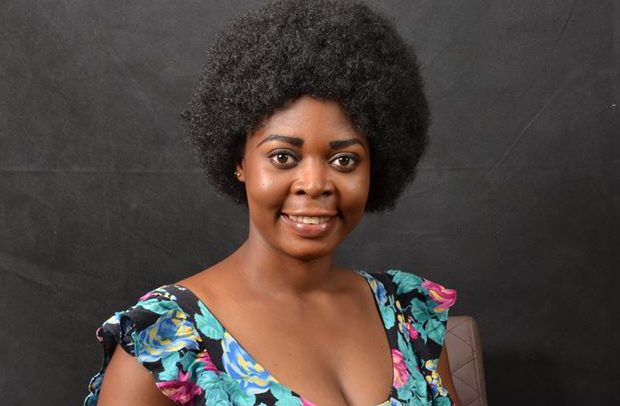 joyce-mensah[/caption] Former AIDS Ambassador Joyce Dzidzor Mensah, has invoked curses on some staff of the Ghana AIDS Commission and members of government for failing to settle her for the work she did as an AIDS Ambassador for the commission. Joyce Dzidzor who says she is currently bitter over what she describes as ‘unfair treatment’ meted out to her by the Ghana AIDS Commission, accuses her former employers of damaging her reputation by tagging her a thief and liar. She says, the commission has paid off people to spread falsehood about her which has made Ghanaians who are ignorant about issues relating to her job as an ex-AIDS Ambassador, call her bad names after she had denounce her HIV status to save her kids. In a new Facebook video, half-naked Joyce Dzidzor, wearing a red pant with a red clothe covering, decided to go the spiritual way as all physical means has been a fight in futility. She has decided to fight the Ghana Government and the AIDS Commission spiritually using a bottle of Schnapp and eggs. The former AIDS Ambassador has summoned the gods to cause road accidents and kill every Ghanaian who has caused her pain and referred to her as a thief. “If it’s not true that I’m a thief but you people have been contracted to disgrace me, you’ll all die. I commit the entire Ghana roads into the hands of the gods,” she intoned as she breaks two eggs and poured the drops of Schnapps on the floor. Ms Dzidzor did not spare Ghanaians as she claimed, they are the cause of her current woes. In a Facebook post put up Monday morning, Joyce Dzidzor narrated how her businesses suffered because of the HIV tag they put on her claiming a barbering shop she opened after she lost her job as an AIDS Ambassador could not survive because people referred to the salon as “an AIDS Shop”. Determined as she was, Joyce Dzidzor said she opened a restaurant and collapsed in few days because Ghanaians said her food was infected with HIV virus. “They said my barbering shop was an AIDS shop. After paying ten years advance to the landlord, he just came to remove all my things and threw them outside. As if that wasn’t enough, I opened a restaurant, Ghanaians again descended on me saying my food was contaminated with AIDS. They destroyed my life. What have I done? Am I not somebody’s daughter?” bitter Joyce Dzidzor fumed. https://www.facebook.com/joycedzidzor.nartey/videos/pcb.1894249767358859/1894246207359215/?type=3&theater Source: newswiregh.com]]>

TV3 is not only best in new and entertainment, but best in rewarding its staff too. END_OF_DOCUMENT_TOKEN_TO_BE_REPLACED

The Ave Maria School has launched its 40th-anniversary celebration by urging school leaders to provide better opportunities and platforms for interaction with students in order to guide them in their education. END_OF_DOCUMENT_TOKEN_TO_BE_REPLACED