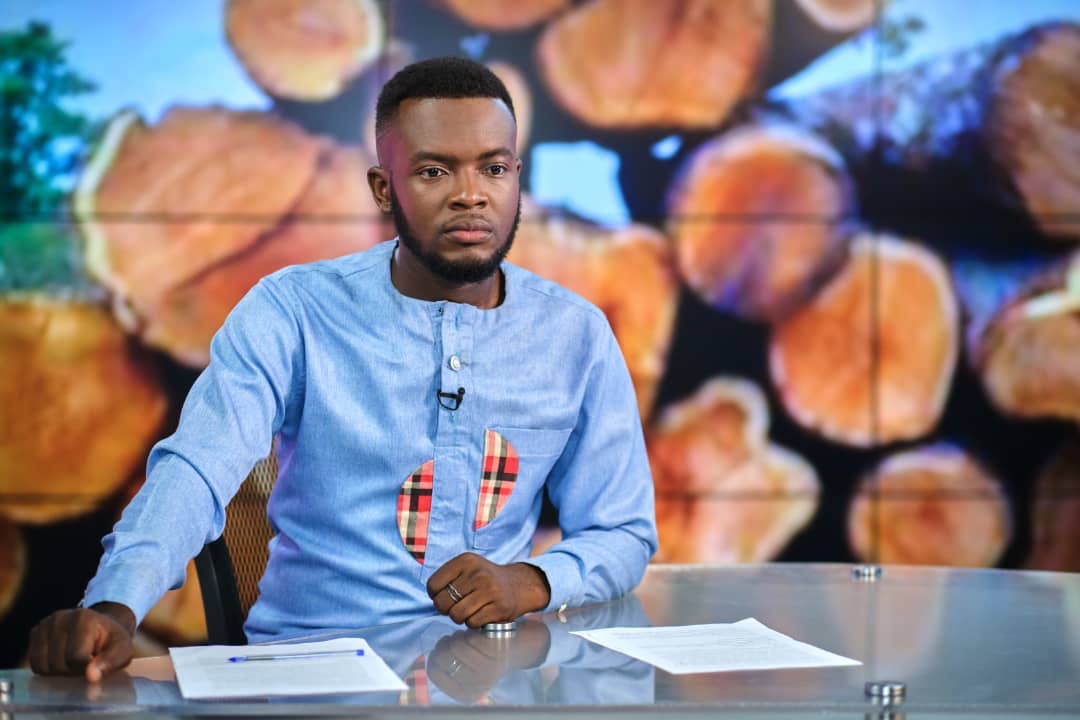 The young, industrious journalist leaves the company after five years – a period which has seen him rise to become one of the most versatile journalists around.

Komla Adom, you recall in March this year was reportedly taken off television over disagreements about his fashion rings.

The relationship between the journalist and the multimedia group remained frosty with some speculating it may have led to his resignation.

Komla Adom until his resignation was the host of Joy FM’s flagship morning news at six am and Sunday edition – a show he made his own earning him a lot of listenership on Sunday nights.

He has in the last few weeks been at the forefront of the stations COVID-19 coverage – gaining access to a treatment center to speak to patients, observing the burial of COVID-19 bodies among others.

It is unclear for now where the versatile journalist is headed but stay right here, we will share exclusive details with you soon.

Award-winning rapper, Sarkodie has responded to all the criticism he has faced ever since his feature on Bob Marley & The Wailer’s classic, “Stir It Up” was released. END_OF_DOCUMENT_TOKEN_TO_BE_REPLACED

Ghanaian singer, Efya has caused quite a stir on social media after revealing that she doesn’t know who popular Reggae artiste and Radio Host, Blakk Rasta is. END_OF_DOCUMENT_TOKEN_TO_BE_REPLACED

Ghanaian singer, Efya has reacted to Blakk Rasta’s comments about Sarkodie’s feature on the Bob Marley & The Wailer’s classic, “Stir It Up.” END_OF_DOCUMENT_TOKEN_TO_BE_REPLACED

Award winning Ghana musician who doubles as a physician specialist has stated in a recent interview on Asaase Radio that, the division of fans is rather killing the Ghanaian music industry than helping in building it. END_OF_DOCUMENT_TOKEN_TO_BE_REPLACED

American rapper, Tobechukwu Dubem, better known as Tobe Nwigwe has expressed his admiration for some Ghanaian musicians with whom he would like to collaborate. END_OF_DOCUMENT_TOKEN_TO_BE_REPLACED

Ghanaian Reggae and Dancehall artist, Stonebwoy has revisited the clash he had with Shatta Wale at the 2019 Vodafone Ghana Music Awards. END_OF_DOCUMENT_TOKEN_TO_BE_REPLACED