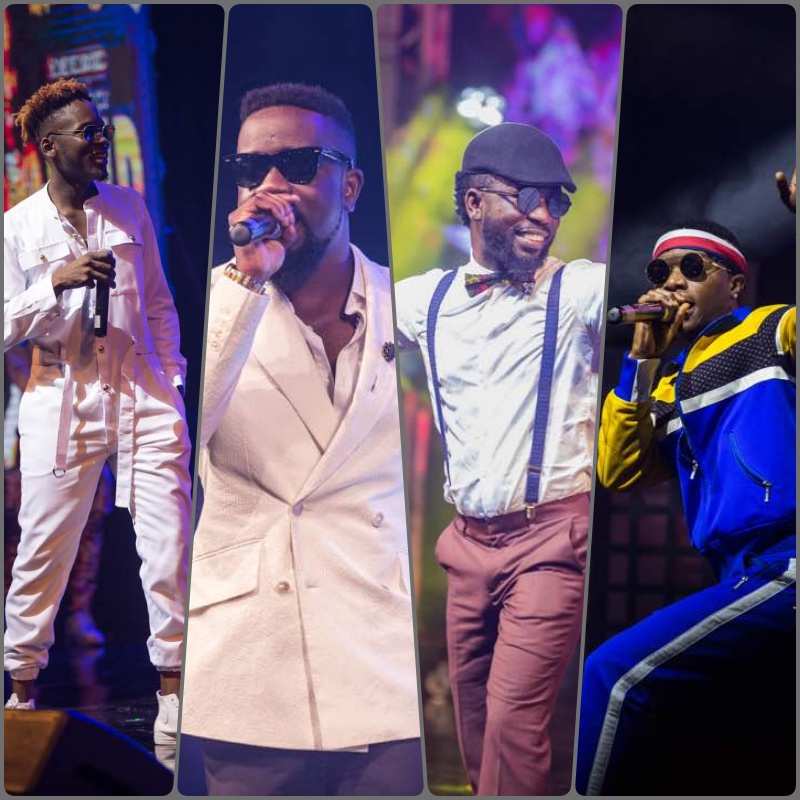 Becca’s 10th anniversary concert was one that was much anticipated by fans and industry people for various reasons. It was her first major concert after she left Kiki Banson’s EKB Record, and subsequently removed as the headliner of the annual ‘Girl’s Talk’ concert. It was also the first major event organized by the buzzing new kids on the block, Zylofon Media which is the parent company of Becca’s new label, Zylofon Music. So what was my final judgement after Saturday’s trending concert? All together, the show was good particularly with Becca’s performances and energy on the night. The biggest drawback was the late start of the show, as well as the lack of good coordination in between. The show, which was packed with musicians from Ghana and Nigeria, started around 10.30pm and the flow of performers wasn’t always smooth thereafter. It therefore became boring and painful sitting through it at some point. There were few times when it was announced that an artist was coming on stage but never showed up. And like the children’s puzzle book, ‘Where’s Wally?’, we started humming ‘Where’s Mr Eazi’. My favourite highlights in the night,since the show was about Becca, were Becca’s performances with M.I, Patoranking, Kwabena Kwabena and Akwaboah. Unfortunately when she mounted the stage with Bisa Kdei I had gone to the backstage so I couldn’t see it. And when Mr Eazi also finally came on stage I had gone home. Wizkid was a bit of a disappointment. His performance was erratic and all over the place. He didn’t know when to end each song. In fact he left the stage during his performance of ‘Come Closer’ for his dancers to finish the performance, as if they were going to be joined on stage miraculously by Drake.  And wow i didn’t know Wande Coal’s eyes were that tiny… eyes wide shut! Hahaha Anyway I had most of the great parts of the show captured in the highlights below so watch and enjoy: Anyway enough of the serious stuff now lets have some fun by looking at what the stars wore to rock the stage on Saturday. Stoneboy- simplistic swag 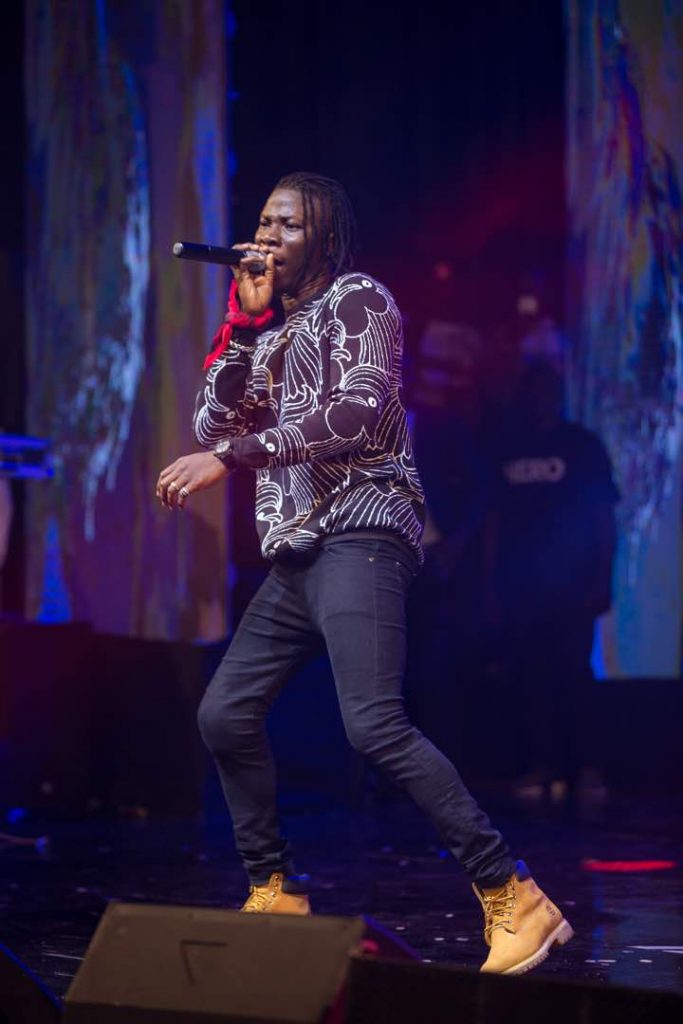 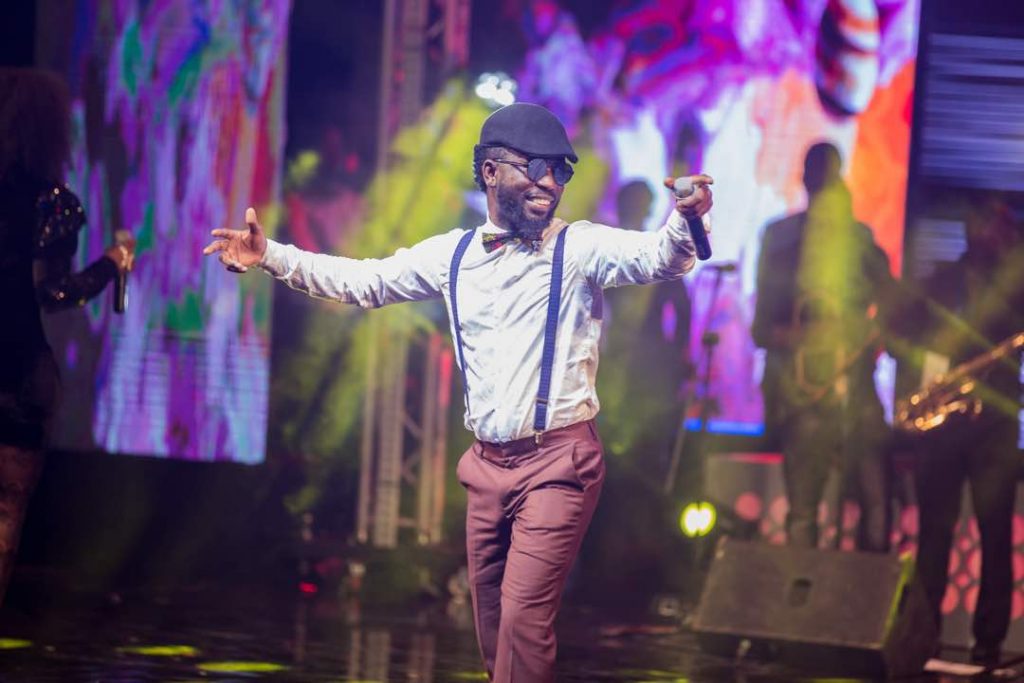 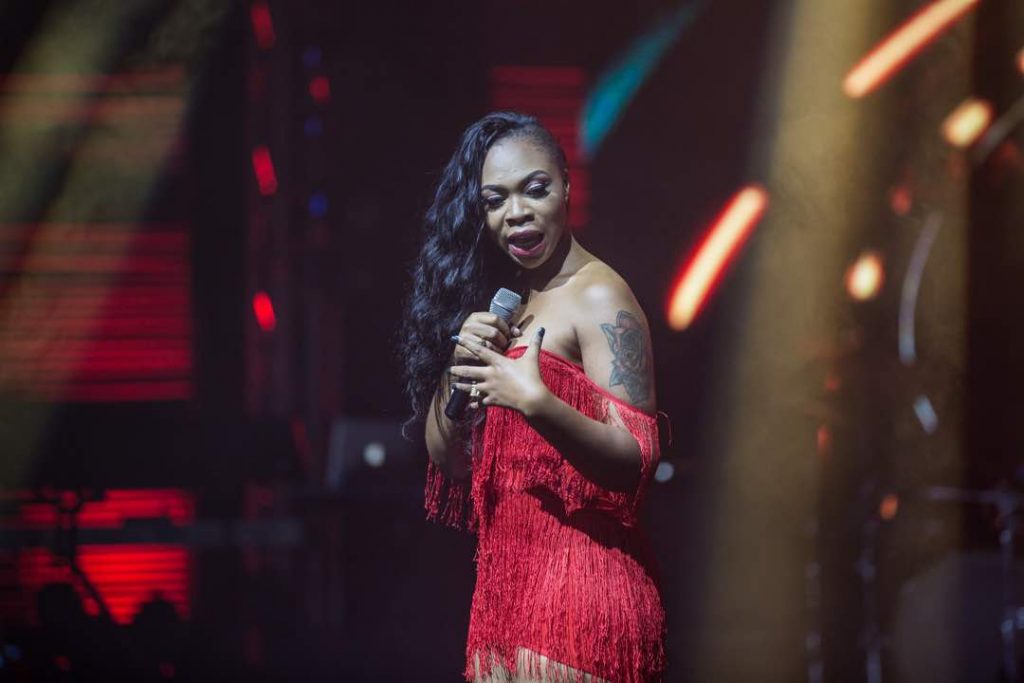 The original hiphop apparel – M.I t-shirts read ‘Kiss My A##) 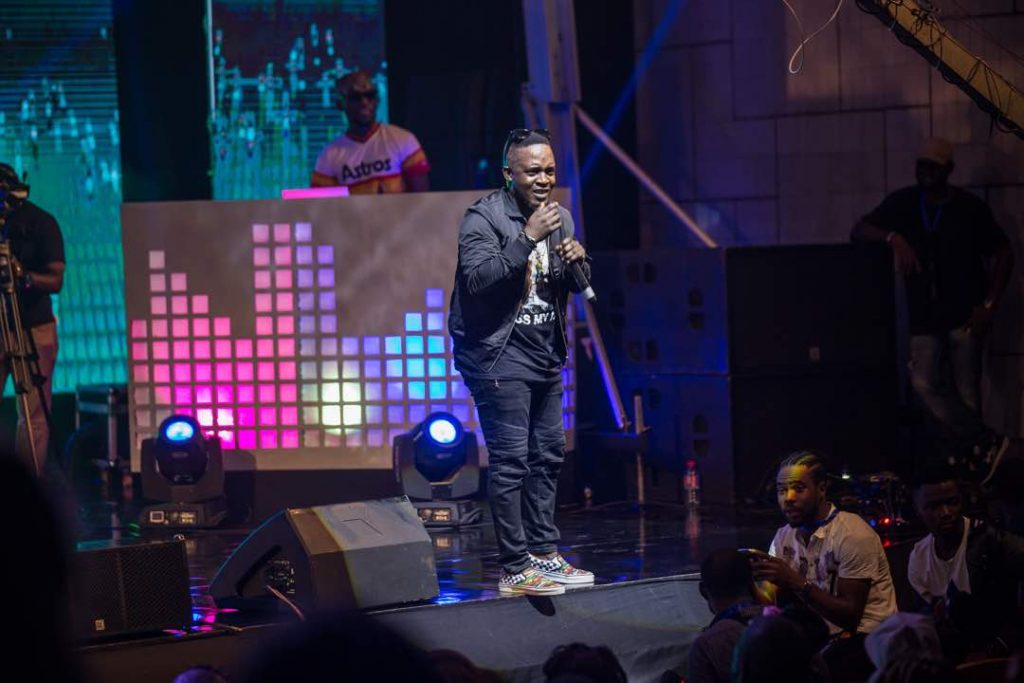 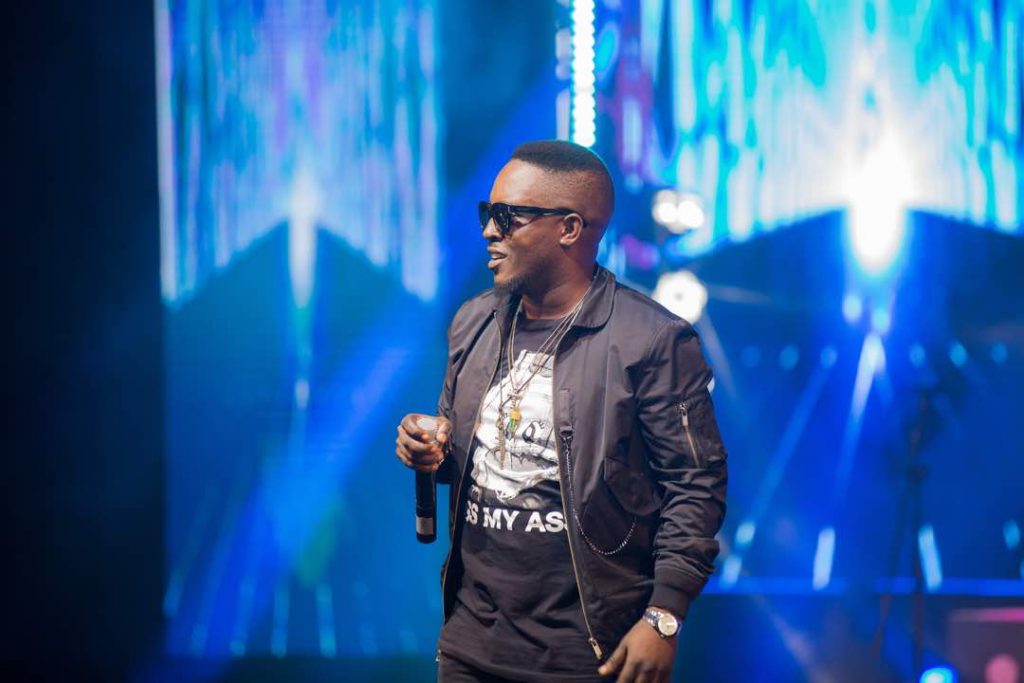 VVIP’s new protege, Miyaki came like a biker…is that leather? Oh did I say there was no AC at the National Theatre on Saturday? 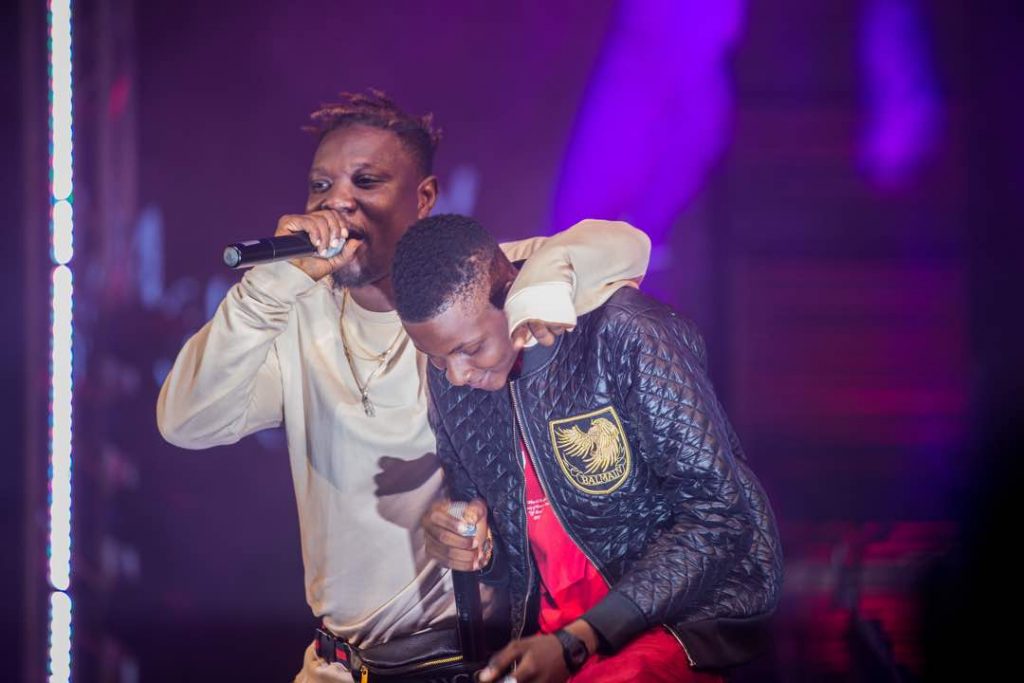 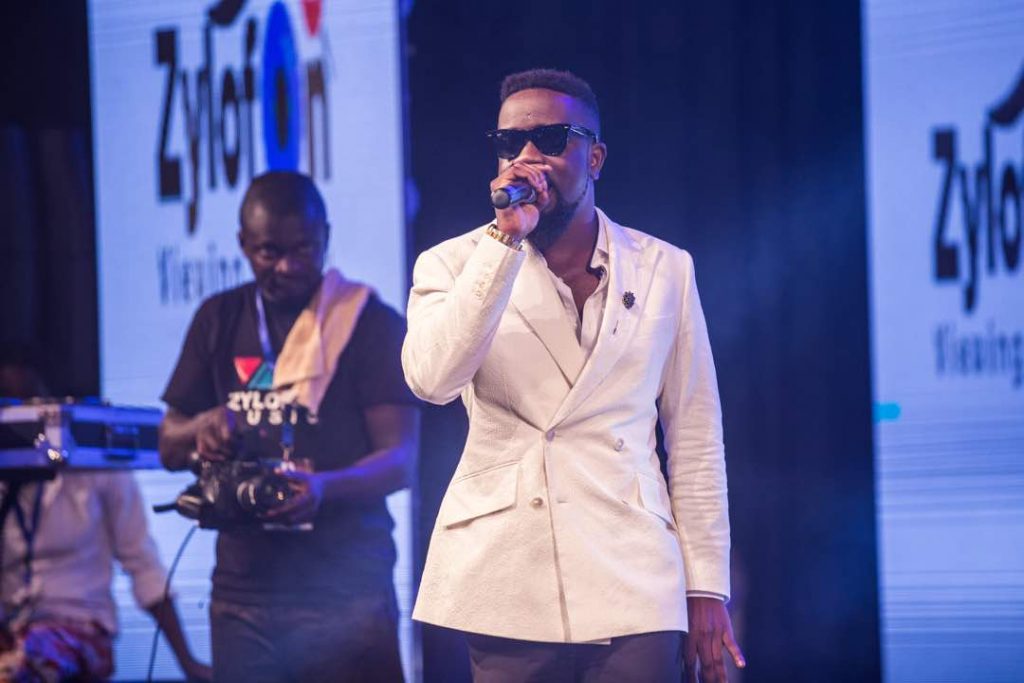 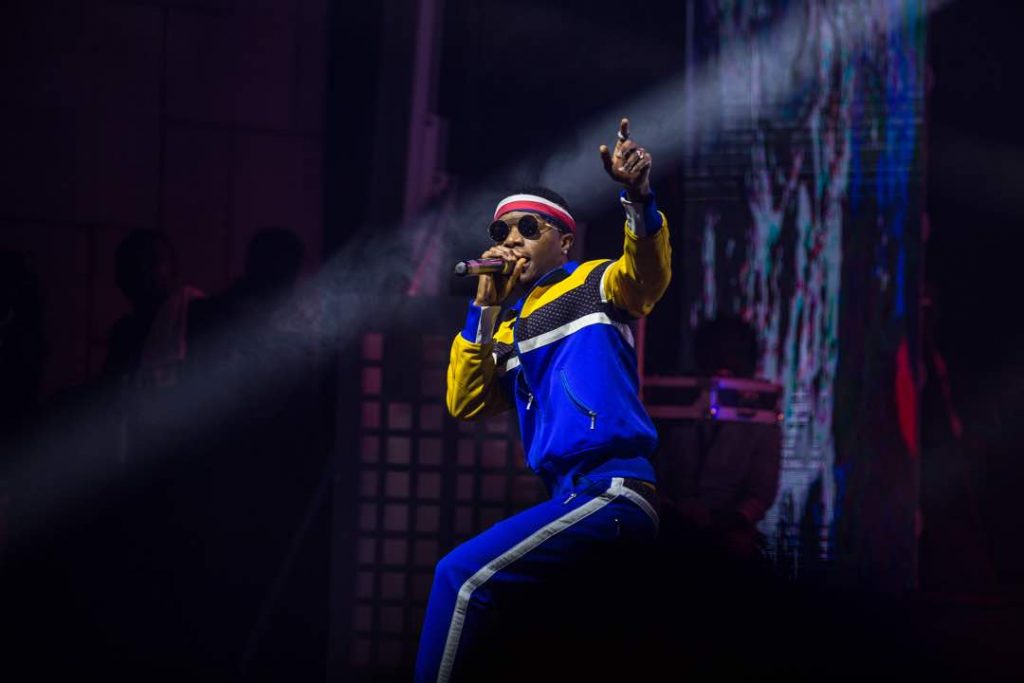 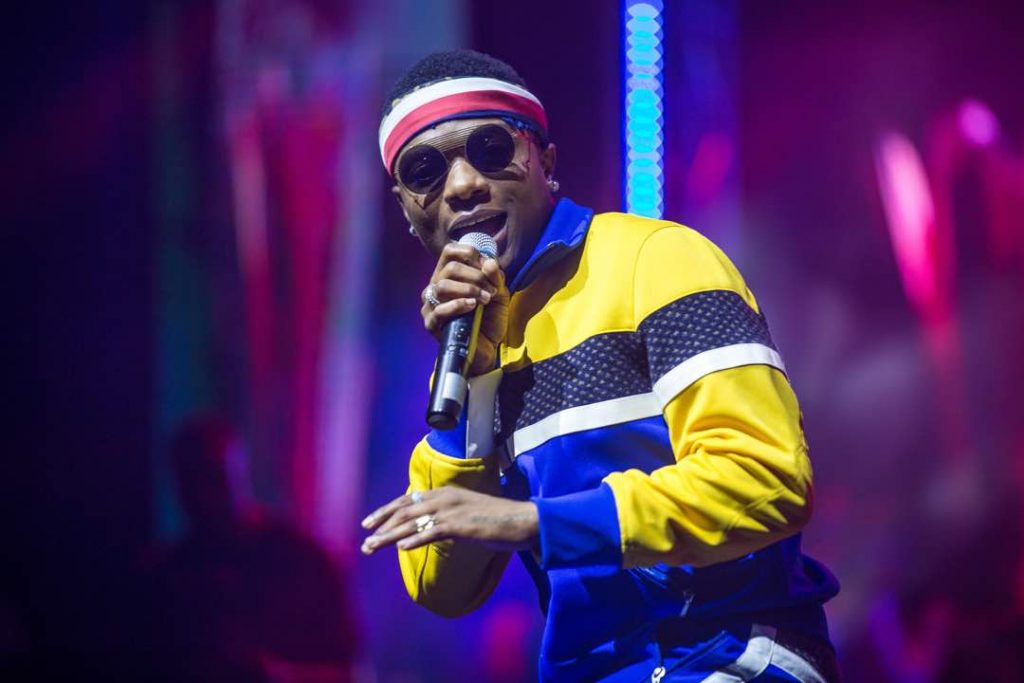 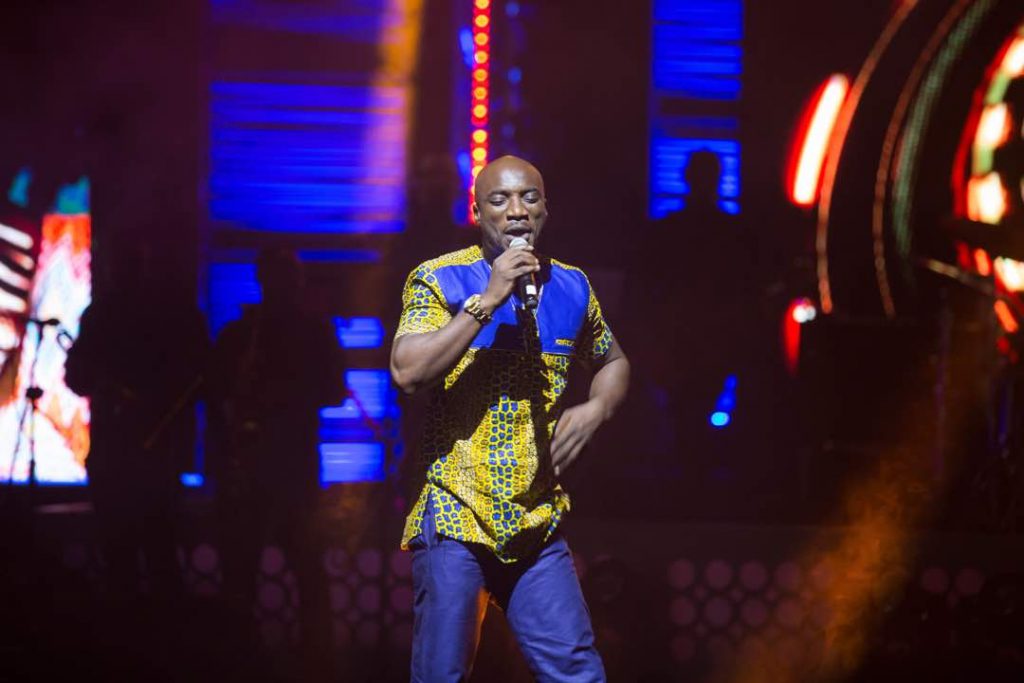 It’s a giant bumble bee..No it’s Wande Coal…those pants look like something they wear in prison 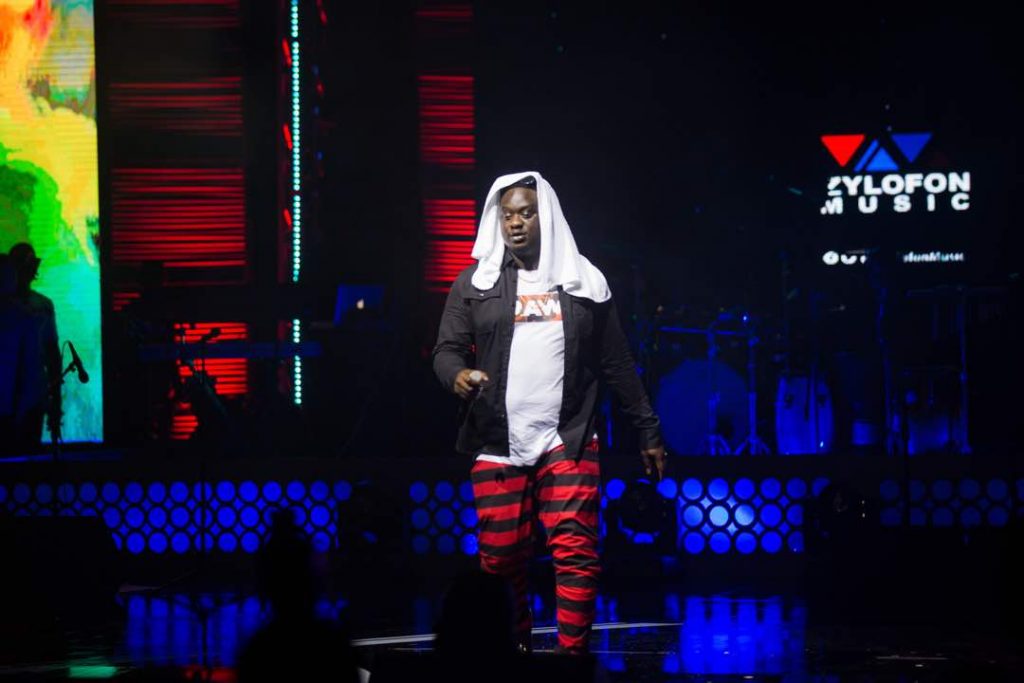 James Gardiner, the host that some people wanted to stone..but he looked fly 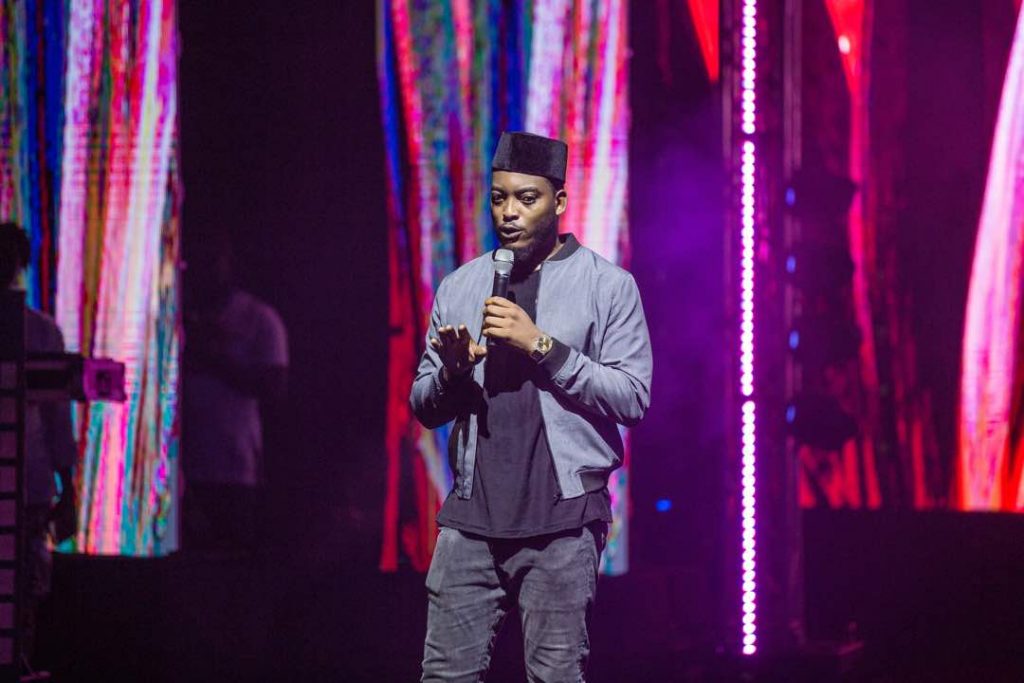 No more Atongo hats? Mr Eazi styles it up in a jumpsuit. 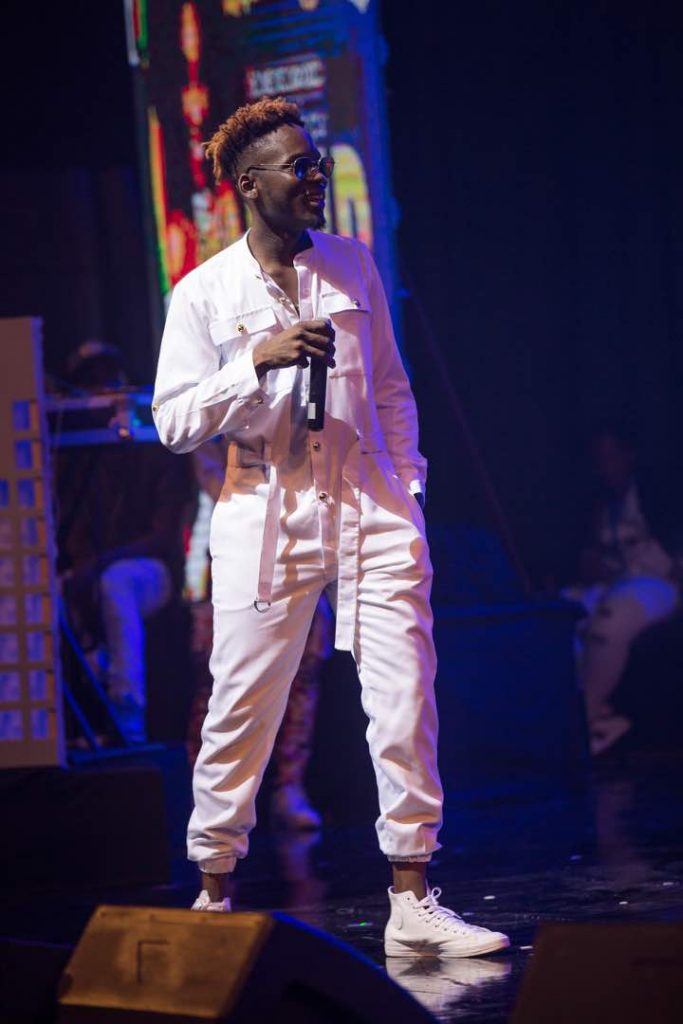 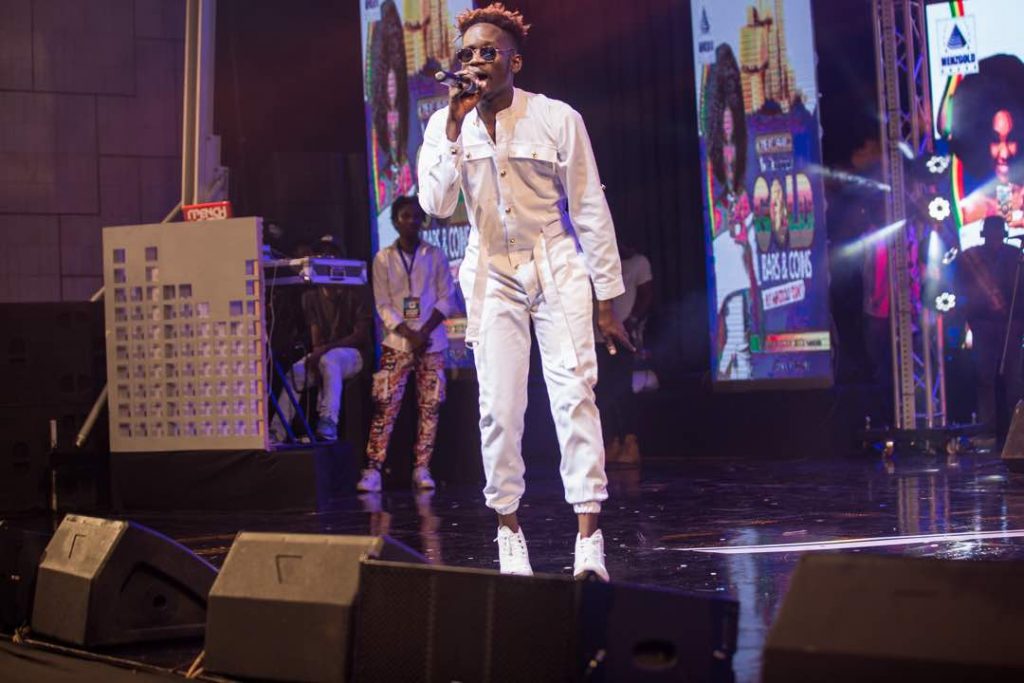 Too much sauce… Ice Prince 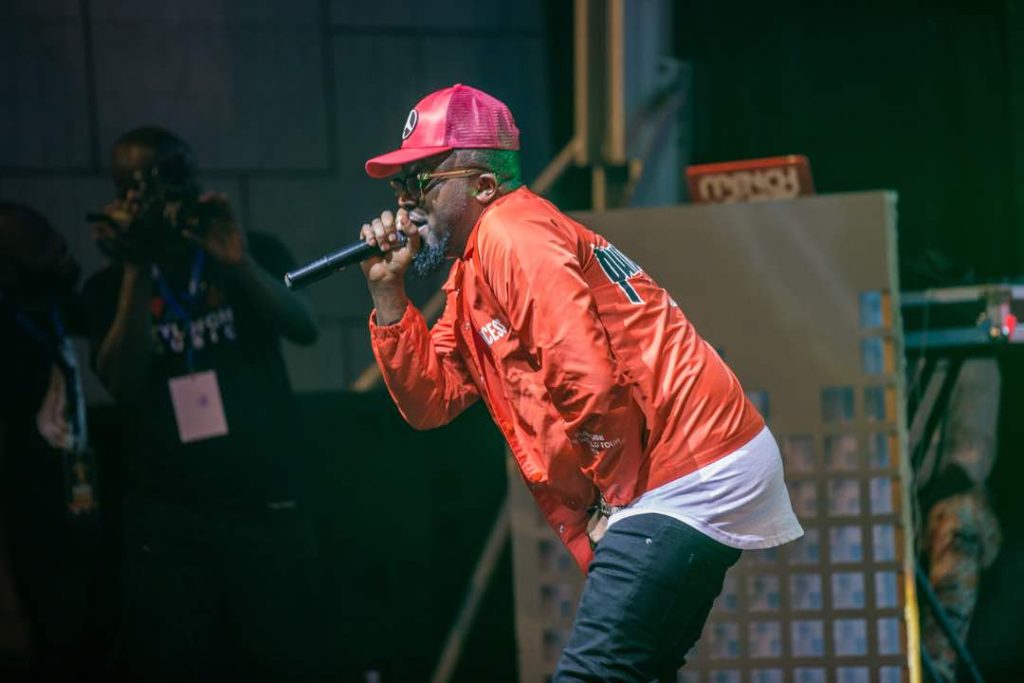 Designer everything… but t-shirt was a bit too big…and did Patoranking and Wizkid buy their shade from the same shop? 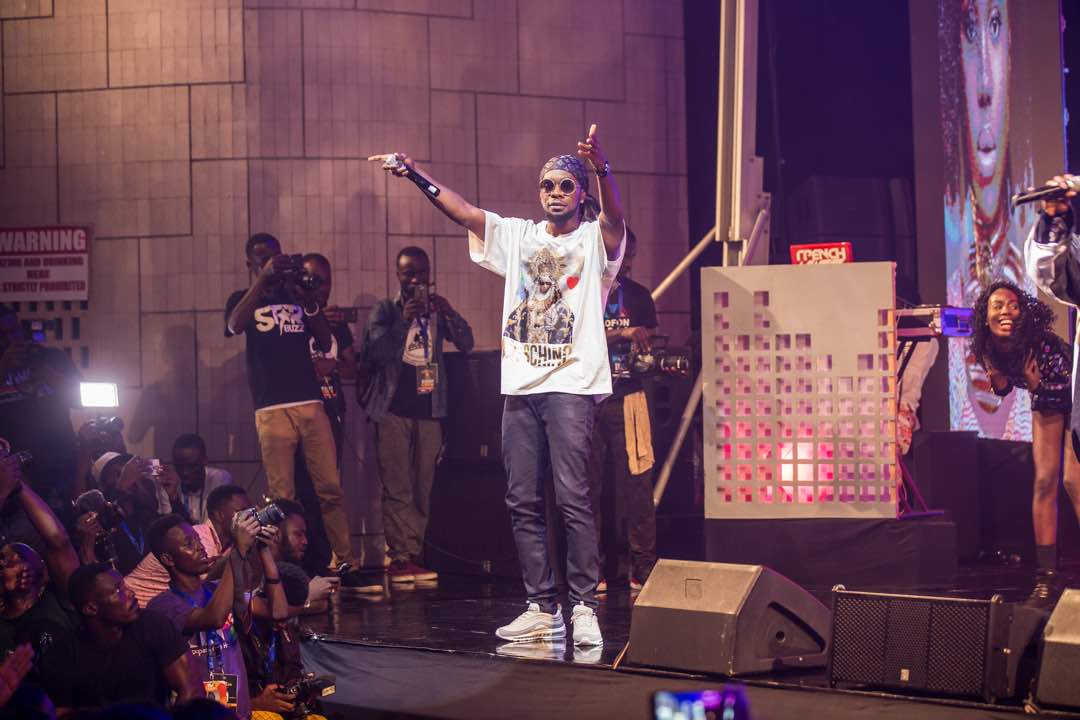 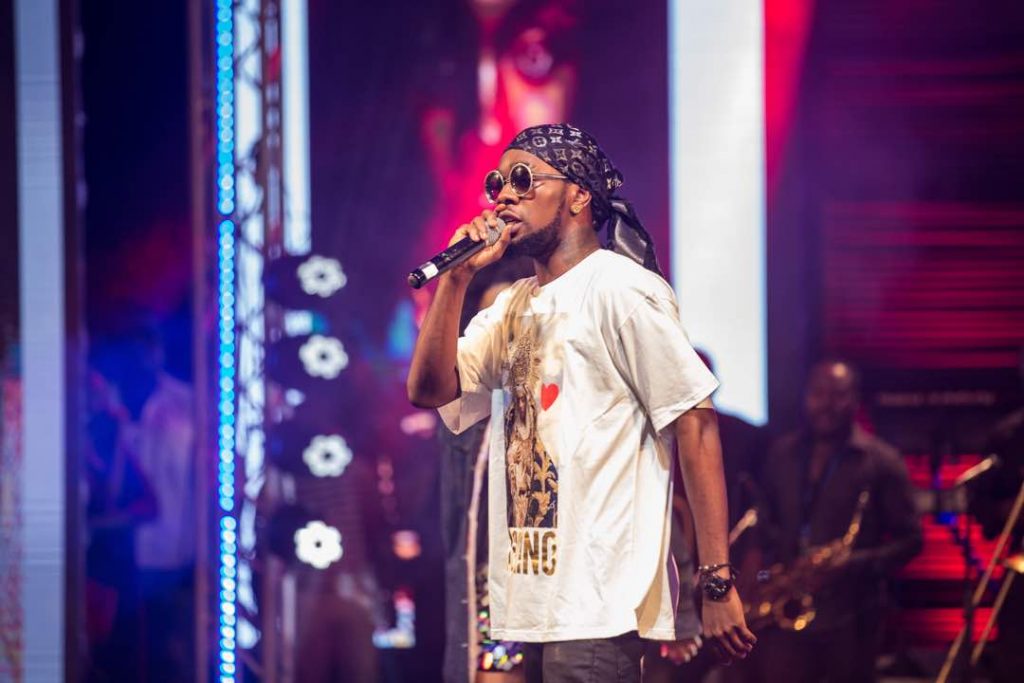 Cool or Nah? Elikem Kumordzie steps out in dyed beard

A 360 look at Joyce Blessing's gown at #BeccaAt10Concert