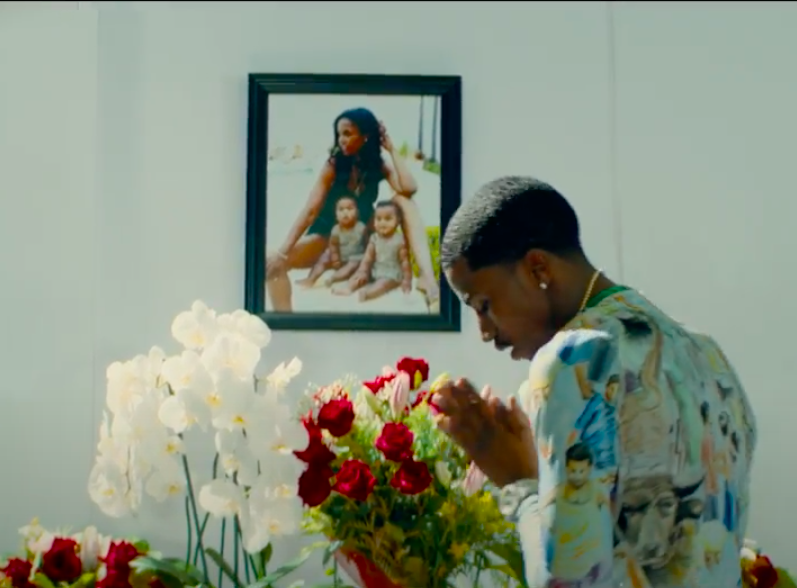 King Combs aka Christian Combs releases his new single, “ LEGACY” dropping all bars, no hook!. This is his first song opening about his beautiful late mother, Kim Porter. He taps into his personal life with the world on this song, King Combs is locked in and says he is applying the pressure as a rapper and there is no room for failure.  He also talks about the road and hustle to continuing his dad, Sean “Diddy” Combs Bad Boy Legacy, and most importantly  creating his own.

The song release is accompanied by profound visuals sharing photos and videos of him and his mom Kim Porter. He also has a Colin Kaepernick kneel and a Black Lives Matter stance moment following his verse about the word being shaken up. King Combs dedicates this video to his mother.

“ I see my future as a multifaceted entrepreneur  in music, fashion, and hopefully acting”- King Combs

In the words of Coveteur Magazine, “He is Coming for His Father’s Crown”. King Combs  recently debuted his Savage Fenty collaboration withRihanna which sold out in minutes. He co-designed the collection with Rih herself. 2020 has been a rough year, but Young Mr. Combs is taking the time to focus on his craft and future.


Related Topics:King Combs
Up Next

Priscilla Otumfuo reminds Christians of ‘The Coming’ in her latest single, ‘Yesu Mba’