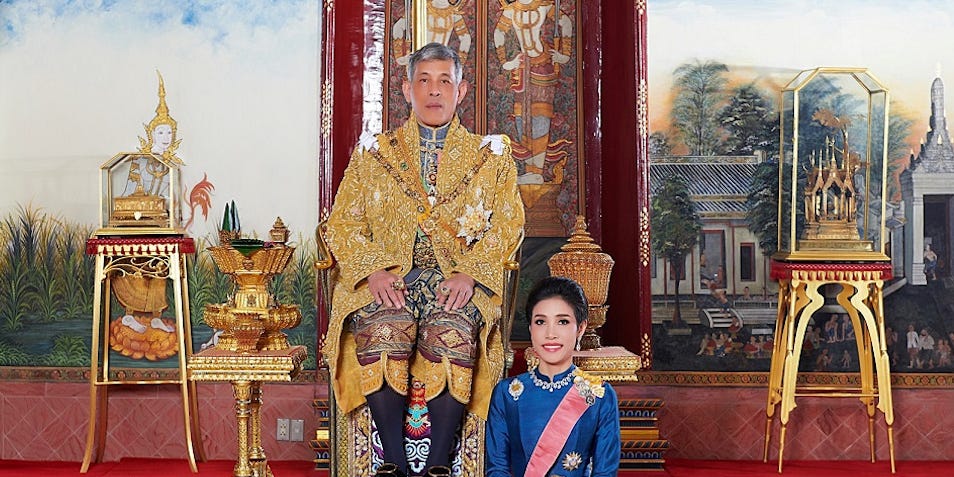 Thailand’s king has taken over a luxury German hotel to isolate from the coronavirus, and yes, he took along 20 women, according to reports.

But rather than isolate, he moved in a harem of 20 concubines along with a team of servants, the UK paper said, citing German tabloid Bild.

The king, widely known as Rama X, planned an even bigger party — but 119 members of his entourage were forced to return to Thailand amid fears they had the potentially deadly bug, the report said.

It was not clear if his fourth wife, former flight attendant Suthida Tidjai, was even with him.

His takeover made local news because hotels in the region have been forced to close to stem the spread of the deadly coronavirus.

But the Grand Hotel Sonnenbichl was given special permission to host the king and his entourage because “the guests are a single, homogenous group of people with no fluctuation,” a spokesperson for the local district council said, according to the report.

Related Topics:King of Thailand goes into isolation
Up Next

END_OF_DOCUMENT_TOKEN_TO_BE_REPLACED

“What do celebrities & influential leaders believe in?” As you know, celebrities and influential leaders are role models for young and old generations, and they can influence society and impact the world negatively and positively. Spiritual leader and multi-award-winning life coach Asim Aliloski has seen that successful people on top of their game have been searching for a higher power. END_OF_DOCUMENT_TOKEN_TO_BE_REPLACED

American rapper, Kanye West has reacted to the news of the end of the relationship between his ex-wife Kim Kardashian and Pete Davidson. END_OF_DOCUMENT_TOKEN_TO_BE_REPLACED

Prosecutors are reportedly asking the federal court to seize about $28K from R Kelly’s prison-inmate account since he has $140,000 in court-ordered fines. END_OF_DOCUMENT_TOKEN_TO_BE_REPLACED

Elon Musk has accused the social media platform, Twitter, of fraudulently holding back information about the company as part of a countersuit. END_OF_DOCUMENT_TOKEN_TO_BE_REPLACED