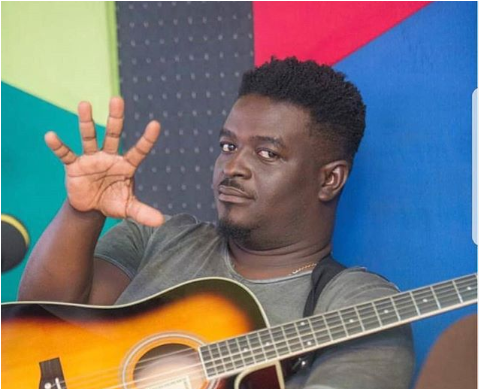 The emergence of Zylofon Music on the entertainment scene was seen by many an answer to calls for investment in the sector but according to Highlife artiste, Kumi Guitar, the outfit was hated by the same industry players it had come to help.

However, there was skepticism about whether it would be able to recoup the huge investments it had made in signing these celebrities and giving them incentives like 4X4 cars and apartments.

And in a recent interview with Showbiz, Kumi Guitar said he had been saddened by some of the comments from people in the industry which made it clear they wished for the company to collapse.

“I don’t know how to describe it but I think there’s so much hypocrisy and hatred in this industry. If that were not the case, I don’t understand how an industry with so many problems will rejoice at the challenges of a record label that had been committed to building it.

“Personally, I couldn’t come to terms with the hate comments I heard. Right from the start, people said Zylofon Music was going to fail and even gave reasons why they held such a strong view.

“During those times, I wondered why people will fight with everything they had just to see Zylofon fail but I realised it was just envy and unwarranted hatred. Zylofon attracted enemies just because we were the shining star in the industry,” he said.

“I wouldn’t want to mention names but I always tell people to search their conscience and let it guide them in their decisions,” he stated.

“I have never tasted alcohol or smoked ‘weed’ or cigarette” – Fantana

Bose Ogulu has told her son Burna Boy to “tone down the madness” as she celebrated his birthday. END_OF_DOCUMENT_TOKEN_TO_BE_REPLACED

The Hewale Lala (Song Of strength) hit maker Perez Musik gets ready to have his first-ever major concert. END_OF_DOCUMENT_TOKEN_TO_BE_REPLACED

Kofi Sonny, CEO of 610Music, a direct representative for Universal Music Group in Africa, unveiled two of his newly signed artistes to the world over the weekend. The event pulled in dignitaries from all over the globe to witness what many have dubbed “the birth of greatness.” END_OF_DOCUMENT_TOKEN_TO_BE_REPLACED

GuiltyBeatz is ringing in the summer! The Grammy-nominated Ghanaian producer and DJ is back with another dazzling solo effort – an Amapiano-infused dance anthem ‘Universe’ featuring Pop sensation, Mr Hudson and buzzing Ghanaian singer, Twitch 4EVA. END_OF_DOCUMENT_TOKEN_TO_BE_REPLACED