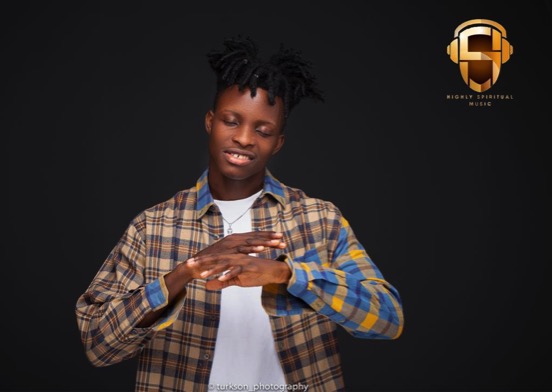 Lasmid’s sprouting career, a source of ambivalence in the underground scene in Ghana just received a major boost. News reaching us, has indicated that the rapper has signed a promising management and record producing deal with Highly Spiritual Music whose CEO is prominent engineer Kaywa.

Not too long ago, the rapper showed excellence on one of Ghana’s biggest talent platforms the MTN Hitmaker by winning the ultimate. Now he’s moved onto something even more bigger. Lasmid will be able to weather his fair share of the music business in the nation simply because Highly Spiritual is gaining popularity and notoriety day by day. The label which has two budding stars, Krymi and Mr Drew has arguably the biggest song of the year titled ‘Dw3’ with Sarkodie.

Given the promising climate of past contestants of MTN hitmaker like Krymi, Mr Drew, KiDi, OV, Kuami Eugene and so many others, Lasmid is projected to be a star in the Ghana Music Scene who can prove himself and be accomplished. His rap prowess is exceptional.

Representatives of Highly Spiritual Music have declined to comment on the situation but assure that the deal is set in stone and is intact.

Photos: When Xandy Kamel and Kaninja got married!

Global streaming giant Spotify is proud to announce that Sio has been selected to join the EQUAL Africa programme aimed at spotlighting female artists across the continent. END_OF_DOCUMENT_TOKEN_TO_BE_REPLACED

UK-BASED Ghanaian Gospel musician, Joe Bamfro has been nominated in the Gospel Song of The Year category in the upcoming Ghana Music Awards UK(GMA UK) scheduled for October in the United Kingdom.
His song Moko Be did the trick for him and Joe Bamfro is besides himself with excitement being the first time he has ever been nominated in an awards scheme. END_OF_DOCUMENT_TOKEN_TO_BE_REPLACED

Organizers of the prestigious Ghana National Gospel Music Awards have announced a date for the most anticipated event. END_OF_DOCUMENT_TOKEN_TO_BE_REPLACED