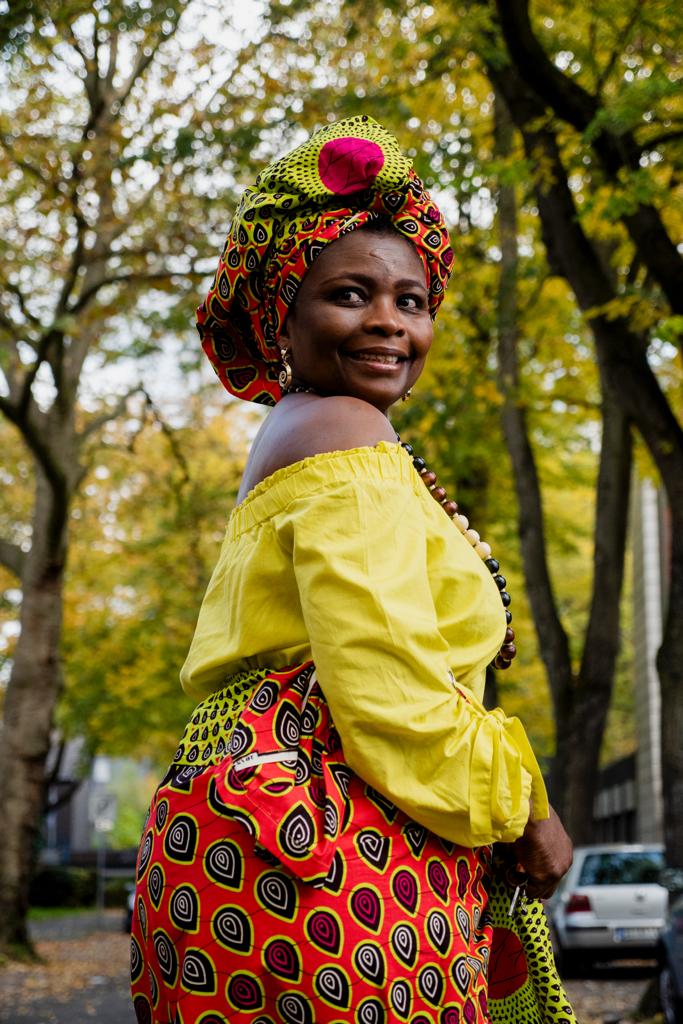 Akua Serwaa Bonsu is a legendary Ghanaian gospel musician who has been in the gospel industry for more than three decades. She is well known for her unique voice and for her hit albums Nsamerane, Noah nna no, and Ebeyeyie which were released in the years 1999, 2000 and 2002 respectively, and were all produced by the late German sound engineer extraordinaire, Bodo Staiger.

Despite being based in Germany since the late 90s, Akua Serwaa Bonsu has always been part of the Ghanaian music story through her recording history with several legendary Ghanaian musicians like Daddy Lumba, Nana Tuffour, Oheneba Kissi, K K Kabobo, Osei Vasco and many others. Besides being a lead backing vocalist for several household songs in Ghana including the popular “Aben woha” by Daddy Lumba, she has fully featured on legendary albums including Daddy Lumba’s “Hwan Na Otene” and K K Kabobo’s “Onyame Ehu Wo”.

She has been involved in countless music ministration projects in the diaspora (Europe and America especially) from the 2000s till date where she has always expressed her joy to minister her God-given talent to bless others especially Ghanaians.

Akua Serwaa Bonsu has four studio albums to her name. After a long lull since 2007 when she released her last album named “Anadwo Dasuo Mu”, the legendary gospel musician has made a comeback with her 2020 released single titled “Hu Yen Mmobo”, a prayer to God to have mercy on us and heal our land. On the 28th of February 2021, she released her second single titled “Yensom no yie” admonishing the world to worship God in spirit and in truth. These songs are lead singles for her upcoming and long-awaited fifth studio album.

Akua Serwaa Bonsu currently lives in Duisburg with her husband, Michael Osei Bonsu, and five beautiful children of four gentlemen, and a lady.

“Yensom no yie” Audio link to some common digital music platforms https://songwhip.com/akua-serwaa-bonsu/yensom-no-yie. Song is however available on all other digital  music platforms.

Related Topics:Akua Serwaa Bonsu
Up Next