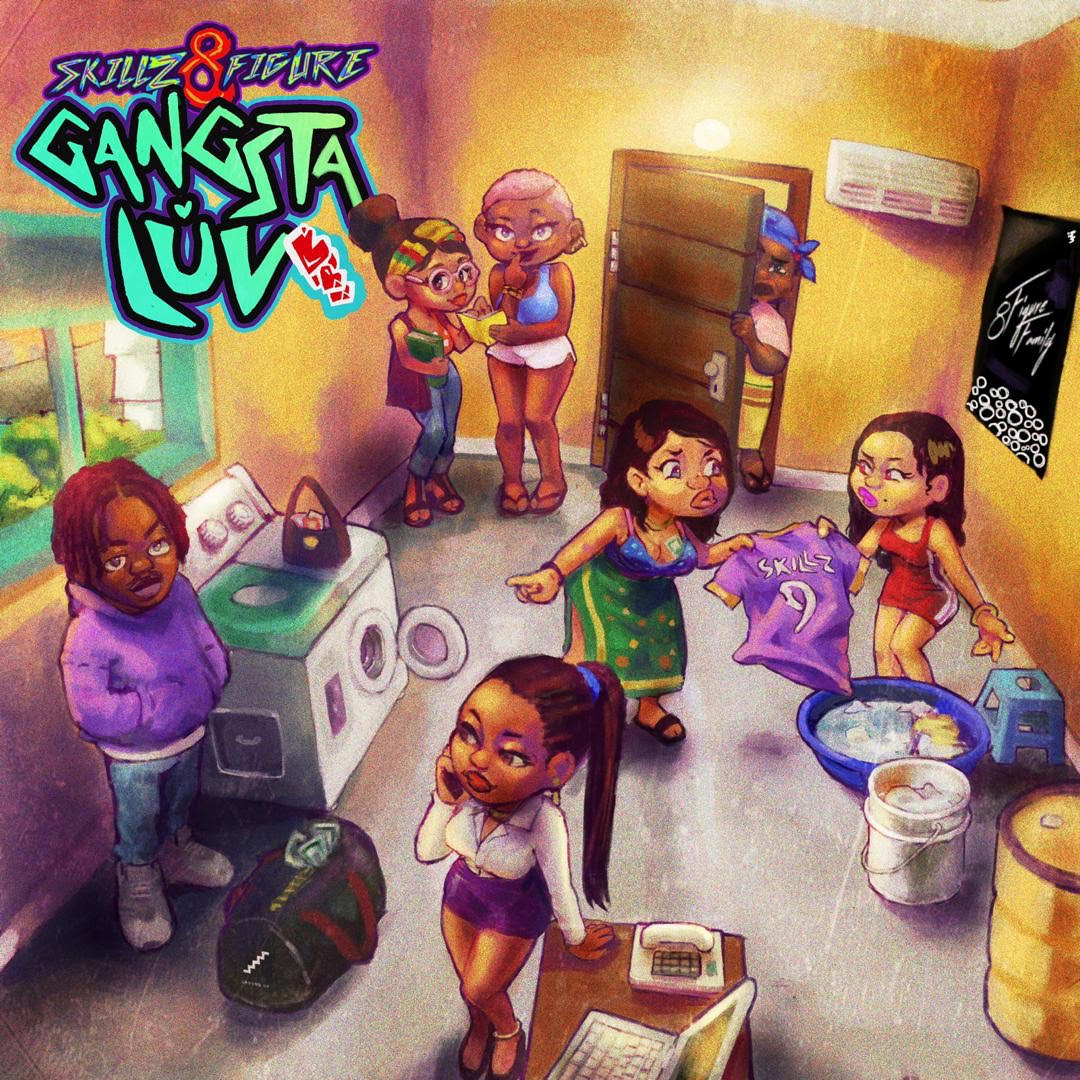 Budding Ghanaian rapper Skillz presents the release of his debut project, a 6-track EP titled Gangsta Luv.
Skillz recently made his debut on Ground Up Chale’s just outdoored label EP We Outside, on his own dedicated track “Champagne” also featuring Quamina Mp and PrettyBoyDO, and he showed out!
This time around, on Gangsta Luv the rapper presents his unique blend of afrobeats, hip-hop, and Ghanaian hi-life music, to create his own hybrid sound.
Be it the mellow vibes of “Don’t Dull”, or the collaboration with talented singer Twitch “Yawa”, Skillz makes sure to create sounds that catch your attention from the jump, riddling the easygoing afrobeats backdrops with floaty rap-sung melodies.
The project was entirely produced by VT except for “Kolo”, which was produced by Yung Demz, who has worked with the likes of Stonebwoy, Kwesi Arthur, and Nonso Amadi. The Ground Up affiliate was also featured on The groundUp Chale mixtape “We outside”  project.
Skillz may be new to the game, yes. But judging from the music, this young cat has the skills of a veteran, and we can’t wait to show you what he has in store!
Stream on all platforms
https://lnkfi.re/gangsta-luv
https://music.apple.com/gh/album/gangsta-luv-ep/1499865978
Spotify: https://open.spotify.com/album/6ayj5zqJgnBJs5A5QumjIs?si=1grVuPe1R3uiy6RIdzKOpw
Audio Mack : https://audiomack.com/album/ghostvnxbeat/gangsta-luv
SoundCloud: https://soundcloud.com/skillz8figure/sets/gangsta-luv
Related Topics:Skillz 8Figure
Up Next