Open Mic Productions and Spaceship Entertainment Ltd presents a long awaiting Jerusalema Remix by Master Kg Ft Burna Boy and Nomcebo. The best of the South meets the best of the West.

Available to download/stream via: http://africori.to/jerusalemaremix.oyd

The original version of Jerusalema which was released in December 2019 has garnered over 26 million views on Youtube.

The remix is coming against the backdrop of a soiled relationship between South Africans and Burna Boy, who in 2019 was been dropped twice from performing at events in the Southern African country.

For Master KG, he says the collaboration is a dream come true in a report by Sowetan Live.

“This is a dream come true, and it will take my music to another level because this is someone who is respected,” Master KG said.

“He brings the Nigerian flavour, gimmicks, pidgin English, and a different approach to music. He has the Nigerian groove that we mix with South African style while we keep the originality of the song intact.” 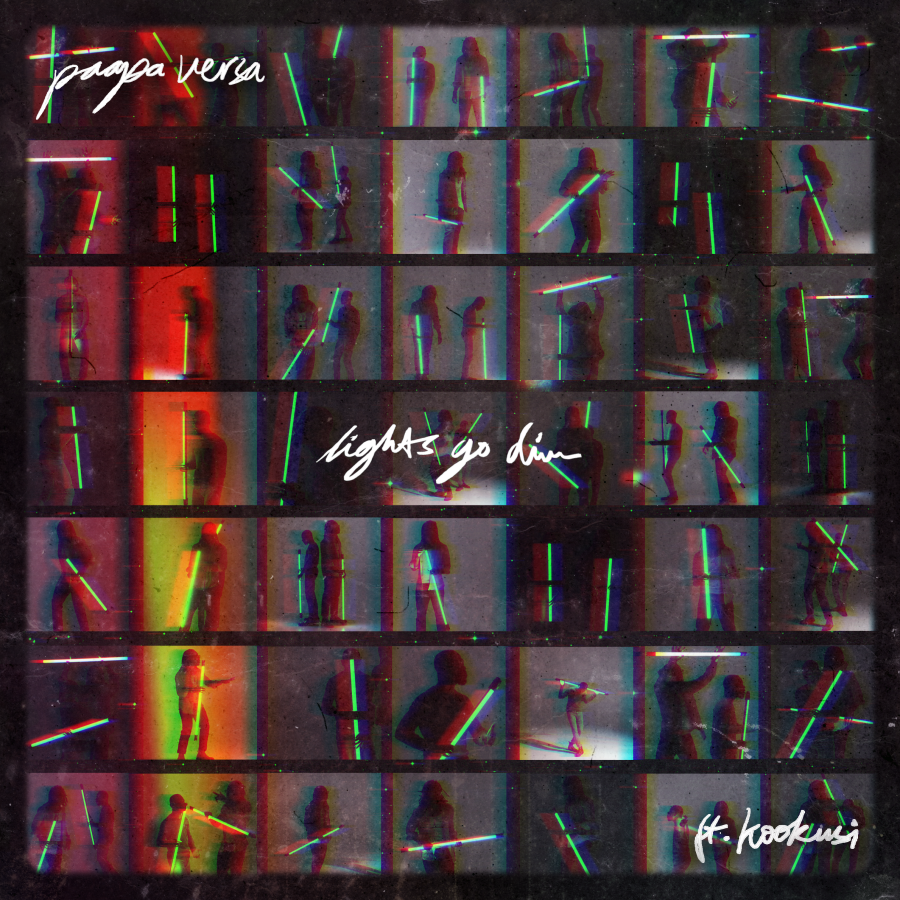 The music video, directed by MRCMulti.me, depicts both artists struggling to pursue their dreams while fighting their inner demons.

The incredibly soulful song, produced by Paapa and mixed & mastered by Jayso, holds an inspirational message for all dreamers. “A sentence can change a life. A song can ginger a tired heart. This song is for anyone struggling to smile lately, deeply wounded by someone’s words, or simply trying to recover a joy they once had” the artist says.

KooKusi has chalked many milestones since the release of his debut EP “5 foot 3” last year, and this collaboration marks another step in his remarkable rise.

The release of this song leads up to the release of Paapa Versa’s third studio album, “Versa Villa”. The artist will host an album launch and concert on Feb 17th 2023 at the Virtual Hub in Accra, Ghana. 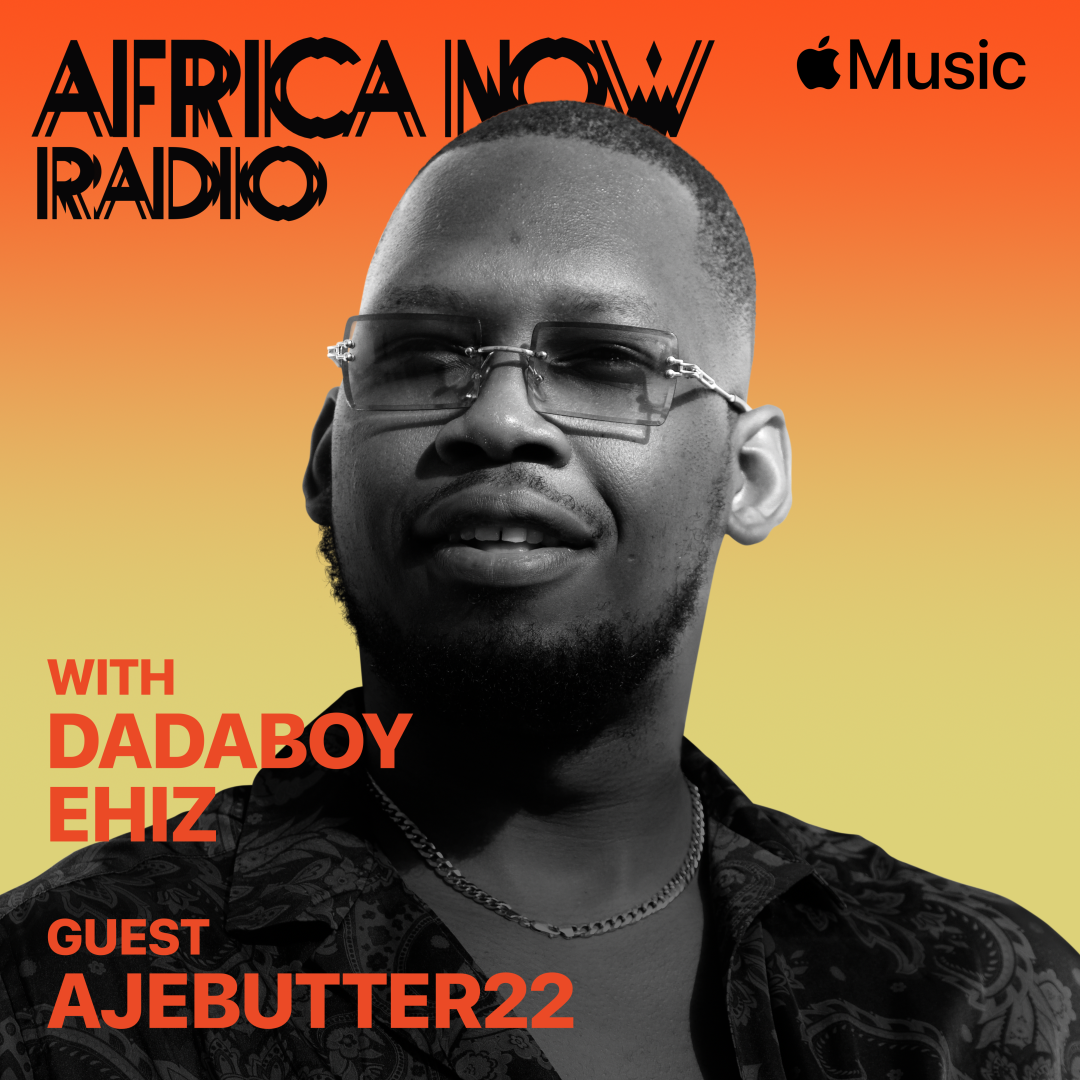 This Week’s Episode Features a Conversation With Ajebutter22, the 5 Hottest Tracks of the Week, Africa Rising and Dadaboy Ehiz’s Favourite Track of the Week!

Tune in to Africa Now Radio with Dadaboy Ehiz this Friday, January 27th at 9a London / 10a Lagos/Paris / 11a Johannesburg / 1a LA / 4a NYC on Apple Music 1 and broadcast on YFM Accra every Sunday at 2pm, YFM Kumasi on Saturdays at 3pm and YFM Takoradi on Saturdays at 6pm.

Dadaboy’s Song of the Week
Each week, Dadaboy Ehiz chooses his favourite track from one of Apple Music’s African playlists. This week he spotlights Rexxie, Naira Marley and Skiibii and their track, “Abracadabra,” from Apple Music’s Street Anthems playlist, showcasing the hits shaping Nigerian pop culture. Listen HERE (and find a roundup of all Dadaboy’s selections on Apple Music’s Dadaboy’s Playlist, HERE).

Tune in and listen to the full episode this Friday, January 27th at 9a London / 10a Lagos/Paris / 11a Johannesburg /  1a LA / 4a NYC on Apple Music 1 at apple.co/_AfricaNow and broadcast on YFM Accra every Sunday at 2pm, YFM Kumasi on Saturdays at 3pm and YFM Takoradi on Saturdays at 6pm.

Ajebutter22 on ‘Soundtrack To The Good Life’

The album is about enjoying, about having a good time and living soft. I started really making the album, doubling down, a few years – like, the COVID period – and the world was really bleak, man. Everywhere was sad, everybody was feeling really down and depressed, and I didn’t want to make music that was overly deep or had too many think pieces. I just wanted us to be able to take our mind to somewhere where we’re having a good time.

I was in charge of the sound, like this is the first album I executive-produced 100% by myself. So I went out of my way to find producers online, on like different digital platforms and guess what? You see some of the producers that are doing crazy things, they’re Nigerian and nobody knows, nobody has heard of them. Some of these guys have 1000 followers, no big name but they’re really good and I’m like you know what, I have to put these guys on. I have to show the world we have all this talent here as well.

Ajebutter22 on His Time Away From Music

Me and BOJ dropped ‘Make E No Cause Fight’ volume 1 and 2 up until 2019, so I didn’t feel like I wasn’t making music, and in 2020 was like the COVID year so I didn’t really feel absent, but yeah I also withdrew a little bit from the music scene, because I was focusing on some things on the tech side.

Before it was a lot easier because I was working in a company as an employee, and now I’m a CEO. It’s crazy doing that, being responsible for people, actually being the main man. It’s like being from a player on the team to being the captain. I’m the captain now, so it’s not easy. 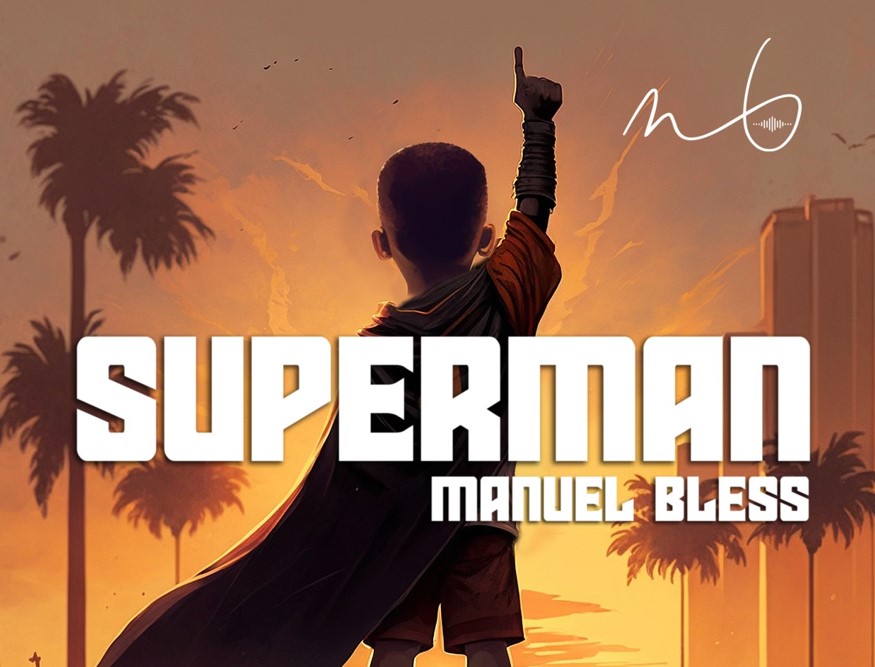 Ghanaian Gospel artiste, Manuel Bless, has released a new single titled “Superman”, an Afrobeats fusion faith based song full of praise to oneself and the creator who made him. END_OF_DOCUMENT_TOKEN_TO_BE_REPLACED 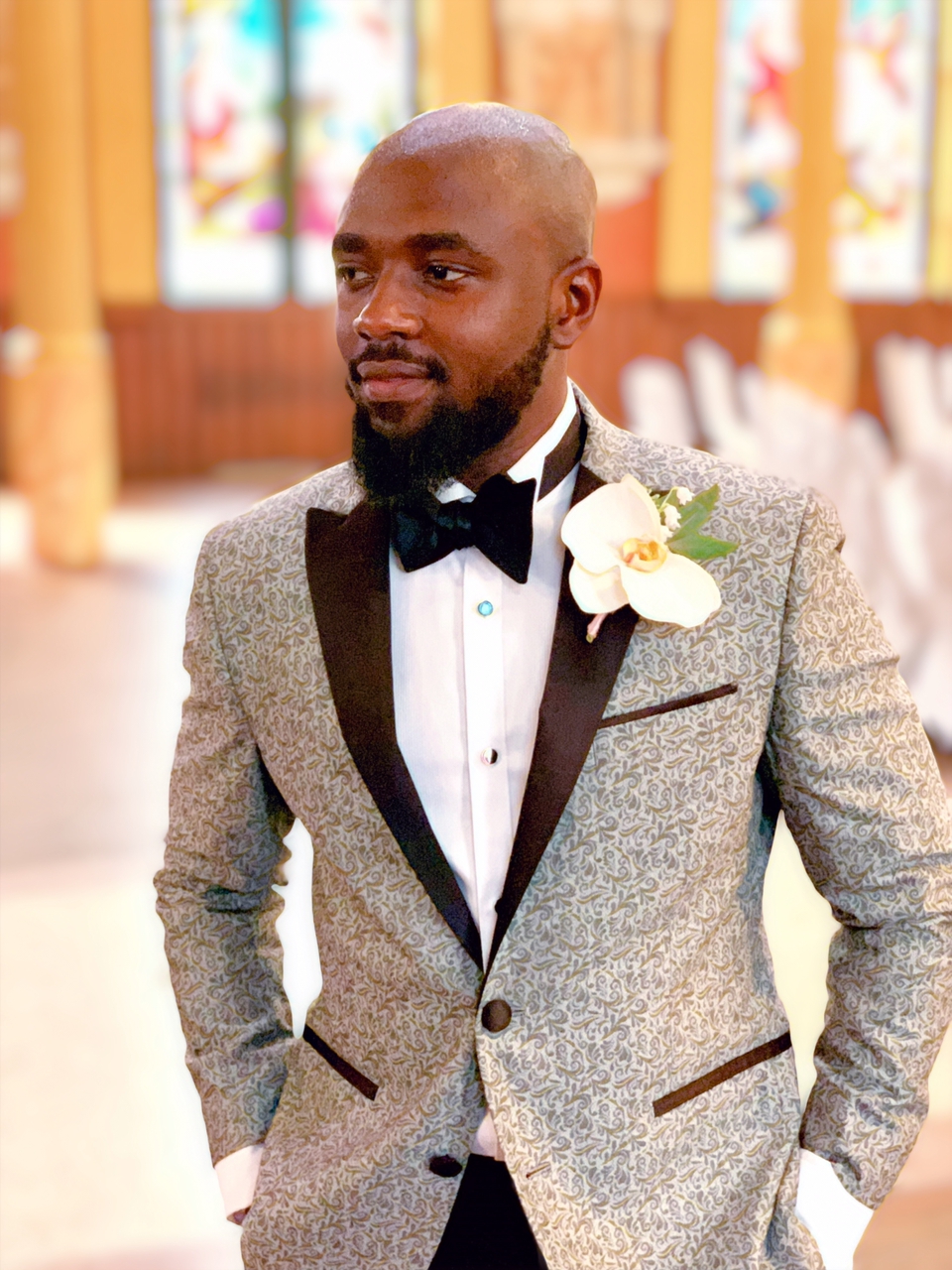 US-based, Ghanaian musician and entrepreneur, Kwame Ralph is out with a hot new single titled,“Onua Mensu”. This is the first single from his expected upcoming album. “Onua Mensu” is currently streaming on all major platforms via: https://kwameralph.hearnow.com/onua-mensu#nt_stats

Kwame Ralph is the owner of the record label Greedy Fella Records, based in Atlanta, Georgia in the U.S. He also owns and operates Smokin’ Ace Productions, a full service music and video production company, which provides talent management, and publishing services.

Kwame Ralph’s love for music started with drums as early as 11 years old, and he would play the drums for the Teen service at Bethel Methodist Church, in Community 8, Tema.

He later fell in love with the bass guitar during his high school days at Akosombo International School, and he never looked back.

He started producing beats for himself and other artists in college at Clark Atlanta University in Atlanta, Georgia in 2007. He collaborated with his roommates Calvin Foster (Skil’d Verse) and Delali Alexander (K.D) to form the group “Ghana’s Finest”, and they worked on their very first music projects.

By 2010, Kwame Ralph had found himself as an artist and solidified his style and sound and a producer, and he started making music as a solo artist.

He suspended his music production from 2013 to 2017 to attend medical school at Medical College of Georgia. However, his love for music would bring him right back to it very soon.

His long time friend and music associate Skil’d Verse encouraged Kwame Ralph to get back to producing so that they would work on a solo album for Skil’d Verse.

By the end of 2022, the album for Skil’d Verse was completed – 12 songs, all original material, and all produced by Kwame Ralph.

This sparked Kwame Ralph’s interest in producing his own album as well, starting with his first single, “Onua Mensu”.

To capture the authenticity of old school Ghana highlife music, Kwame Ralph travelled to Ghana in November 2022 to record the music for Onua Mensu, live in the studio, with him on the bass guitar along with 7 other Ghanaian instrumentalists.

Even though he has worked on numerous projects over the years, this is his first official release, and from the looks of it, there are many more to come. 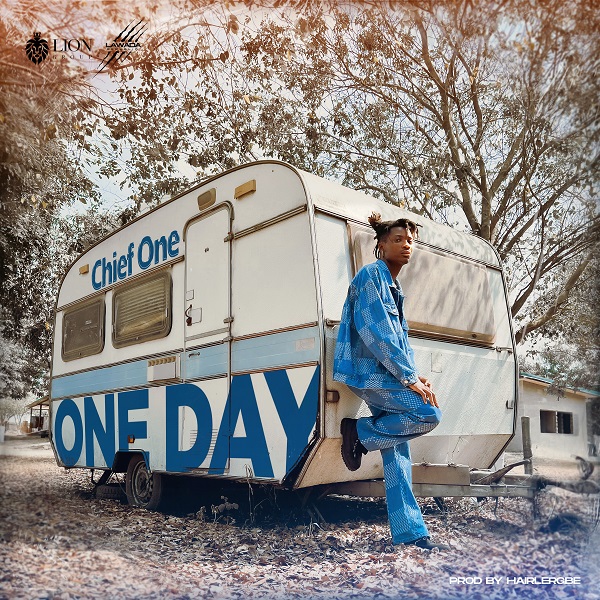 Chief One had a sterling year in 2022 but he ain’t stopping anytime soon. After serving Fans with “Wotelewoea” to close the last quarter he returns with a new year steeze.

His new song “One Day” comes for everyone’s goosebumps. He lays his burdens on a feel-good beat created by Hairlegbe.

We all go through very turbulent times and in those times, the ones close to us who we think are supposed to help us hold us together are sometimes the people behind the ‘mess’. What can you do? You can only pray for strength and endurance to soak through peacefully till the waters get calm ‘One Day’.

The song is released under Lion Group and Lawada Republiq and is available across various streaming platforms. You can listen below via any of the streaming links.