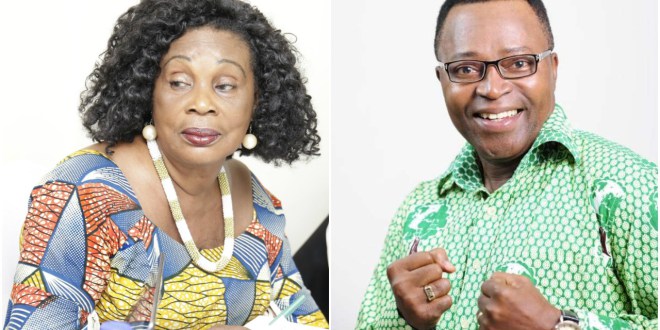 Veteran Ghanaian actress, Grace Omaboe, popularly known as Maame Dokono, has disclosed that plans are underway to reintroduce popular Ghanaian TV show ‘By The Fireside’ into the media space. She also explained why her relationship with David Dontoh was cut short.

Speaking in an interview, Maame Dokono reminisced falling in love with David Dontoh otherwise known as Ghana Man after studying him for some time.

No matter how much they loved themselves, her unwillingness to give birth again separated them.

“At a time we fell in love. We thought we could marry but at that time I had given birth to all my six children and I told him I was not going to have children again. He was also a young man who needed his freedom to marry and I gave him his freedom to go and marry,” the veteran actress revealed.
The relationship between Maame Dokono and David Dontoh lasted for about four (4) years.

On the popular Ghanaian Television show ‘By The Fireside’ which consisted of popular actors like Wofa Yaw, Dr. Rokoto and others telling Ananse and folktale stories which were acted out by enthusiastic children with singing and dancing, Maame Dokono disclosed that plans are underway to shoot new episodes og the hit tv show.

Are you excited to see the show back on your TV screen?