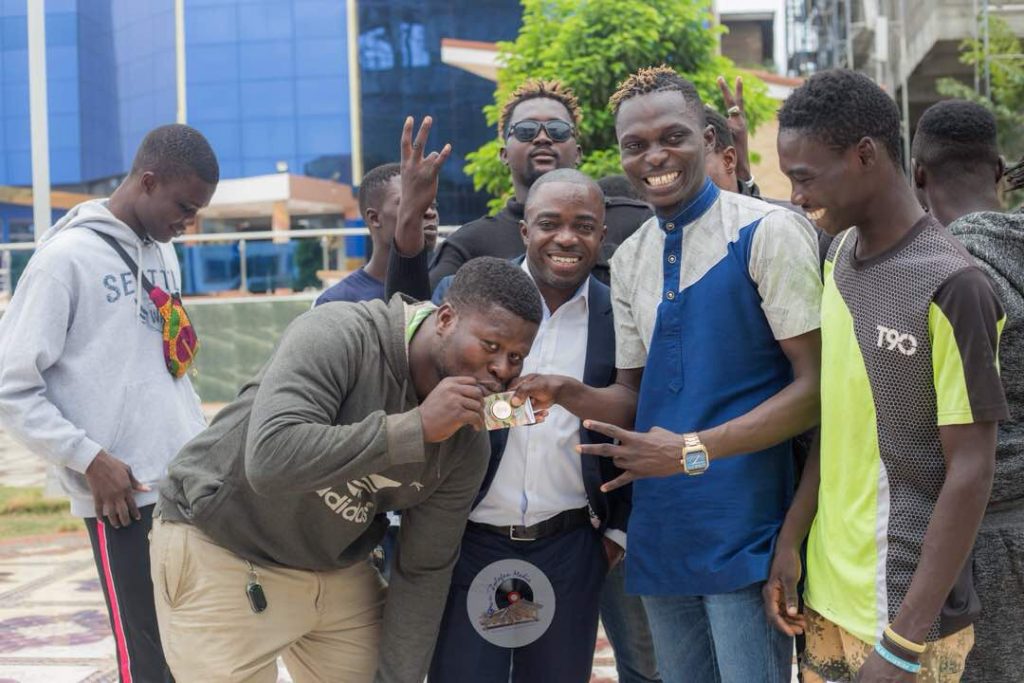 Underground act/rapper, Munumkum MBee has emerged winner of the maiden edition of the Independence Challenge came off at the studios of Zylofon FM on the 6th of April 2018. The challenge, organized by Zylofon FM and proudly sponsored by Menzgold, was to commemorate Ghana’s Independence Day celebrations and also, unearth talents hidden in the prospective stars who partcicipated in the challenge. The competition, which took off on the 1st of March 2018, had over 150 enteries after which 60 were picked. The selected 60, went through daily and weekly challenges with their own songs and works, to determine who qualified for the grand finale. After four weeks of pitting their strength against eachother, Kojo Kente (Highlife), DDT (Highlife), Emefa (Spoken Word/Poetry) and Munumkum MBee (Rapper) were selected for the finals. Among the four, the winner was determined by 15 votes from the general public – who were given the opportunity to call in and vote for their favorite contestant, while 10 selected studio judges, also had same opportunity to select their favorite contestant. After collating the total votes from both the general public and the studio judges, Sammy Flex, host of Showbiz Agenda on Zylofon FM, Announced Mununkum Mbee as the winner with 16 votes, while Kojo Kente, Emefa and DDT all had 3 votes respectively. Communications director at Zylofon media, Samuel Atuobi Baah presented the winner of the challenge, Mununkum Mbee, with the ultimate prize of gold from Menzgold, sponsor of the challenge. It is hoped that, next year’s edition will be bigger and better, hence prospective contestants should Prepare very well for the next challenge.]]>

Related Topics:Zylofon FM
Up Next