Ghanaian Journalist, Bridget Otoo got married to the love of her life, Evans Tetteh Ph.D at a beautiful ceremony in Takoradi on Saturday, August 13, 2022.

While some of her close friends including Lydia Forson, Serwaa Amihere, and Rowland Walker were seen at the ceremony, one of her closest friends in the industry, Nana Aba Anamoah was nowhere to be seen. Nana Aba Anamoah’s failure to attend the ceremony has raised a lot of questions on the status of their relationship.

Bridget Otoo and Nana Aba Anamoah’s friendship spans years, from their time as colleagues at TV3 till they both parted ways with the television station.

Even after they parted ways, they still stayed in touch and would be seen hanging out from time to time.

As a matter of fact, Bridget Otoo was a constant judge on “The Next TV Star” reality show alongside Nana Aba Anamoah on GhOne TV. 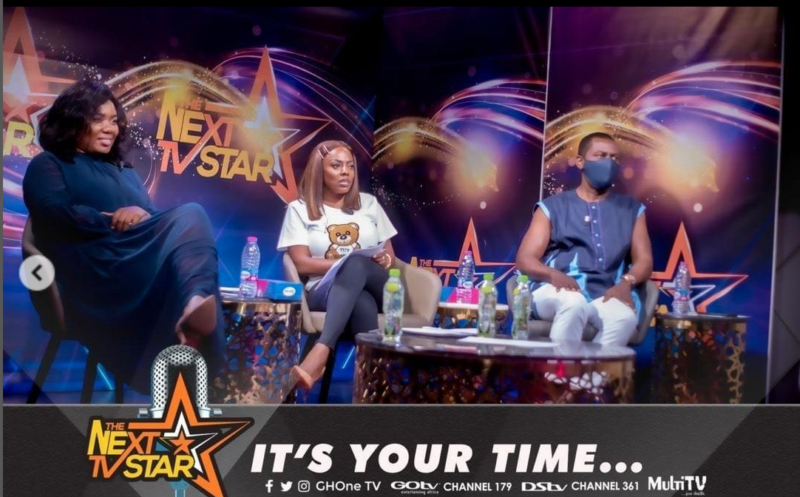 However, there seem to have been a rift in their friendship after Bridget called Nana Aba out over unpaid salaries of E.I.B workers.

It was reported back in July that staff of E.I.B network had embarked on a strike action over unpaid salaries.

Bridget had called on Nana Aba to be a hero and fight for her staff.

“@thenanaaba darling, what happened to fighting for your staff? We did it back at TV3 when I first joined, you remember what I did for you? It’s time to be a hero,” Ms Otoo had tweeted at Nana Aba Anamoah. 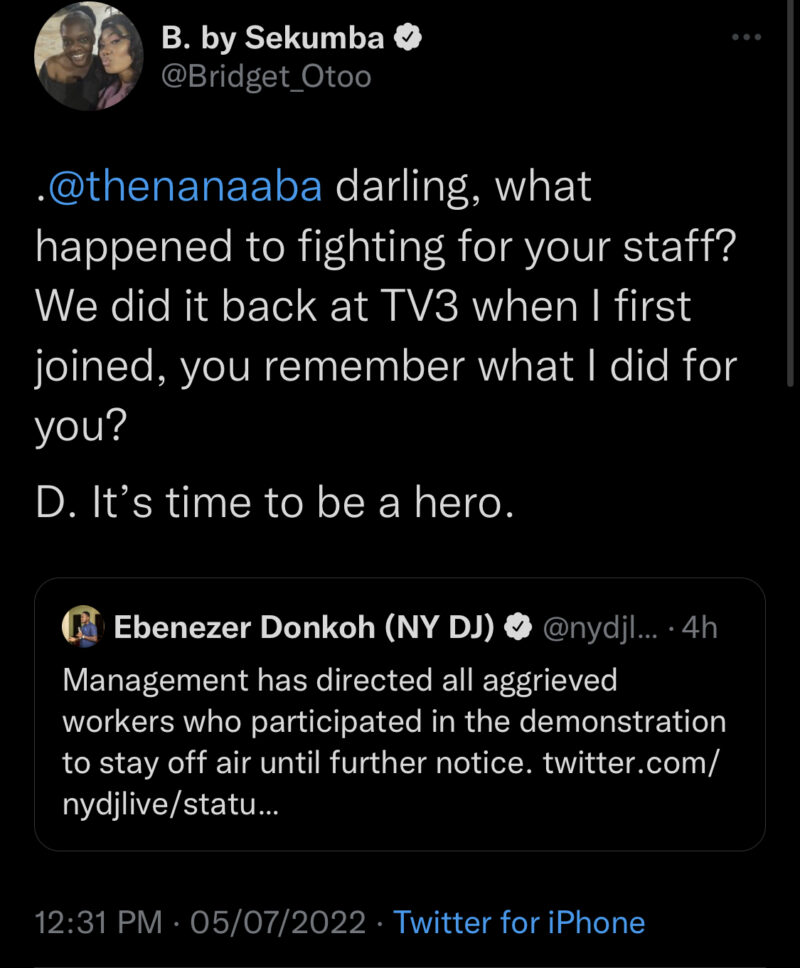 Bridget’s public call on Nana Aba Anamoah may have caused a big rift in their friendship, causing it to come to an end.

Since the news of her marriage broke, Nana Aba Anamoah has not shared any congratulatory message, neither has she shared any photos from Bridget’s wedding one her socials.

Meanwhile, Bridget has publicly shown her appreciation to Lydia Forson for being a true friend and showing up to her wedding.

“Everyone needs a Lydia FORSON in their life. The kind of friendship that isn’t for show, not for likes and plastic smile for SM. The kind of friend that would SHOW UP! Show up in every aspect of your life. I’m proud to call you a sister. I love you so so much. Thank You,” she tweeted Monday.

Everyone needs a Lydia FORSON in their life. The kind of friendship that isn’t for show, not for likes and plastic smile for SM. The kind of friend that would SHOW UP! Show up in every aspect of your life. I’m proud to call you a sister. I love you so so much. Thank You pic.twitter.com/lpz87EbyJC

The Ghanaian singer and actress, Sister Derby has made her international film appearance in the yet-to-air Netflix original film, ‘RAINBOW’. END_OF_DOCUMENT_TOKEN_TO_BE_REPLACED

Ghanaian broadcaster, Kafui Dey is on a mission to combat illegal mining in Ghana and wants to use any means possible to bring the world’s attention to the problem. END_OF_DOCUMENT_TOKEN_TO_BE_REPLACED

Harvey Mason Jr, CEO of the Grammy Awards, has shared insights on the nomination process and how to win a GRAMMY with Ghanaian artists during a private dinner meeting. END_OF_DOCUMENT_TOKEN_TO_BE_REPLACED

Harvey Mason Jr., the Chief Executive Officer (CEO) of the Recording Academy, organizers of the Grammy Awards, has said there are some misunderstandings regarding the creation of an Afrobeats category in the Grammy Awards. END_OF_DOCUMENT_TOKEN_TO_BE_REPLACED

The Chief Executive Officer of Big Ideaz Consult, Kojo Poku has revealed that none of the artists who were billed to perform at the recently held Global Citizen Festival in Accra were paid a performance fee. END_OF_DOCUMENT_TOKEN_TO_BE_REPLACED

Ghanaian musician, Kirani Ayat has called out the Presidency for using some portions of his music video in an advertisement without his permission. END_OF_DOCUMENT_TOKEN_TO_BE_REPLACED