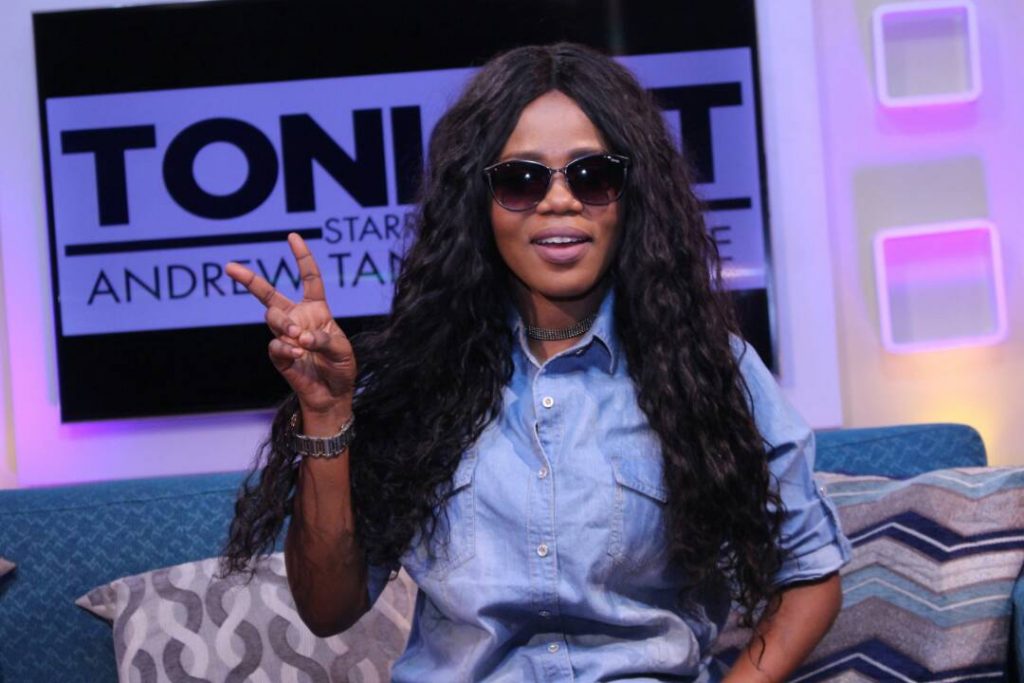 Almost a year after it was reported that TV presenter Caroline Sampson had to quit her role as co-host of the award-winning Celebrity Fanzone because of Mzbel, the controversial songstress has insisted that she is not ready to forgive Caroline. This is not the first time the former close pals have been in the news. Caroline made certain statements sometime last year while co-hosting Celebrity Fanzone about the paternity of Mzbel’s son, which the songstress did not take lightly. Although Caroline came out to defend what she said and explained that she didn’t mean to put Mzbel in a bad light, the latter was adamant and set social media ablaze with several attacks. Asked on Celebrity Fanzone last Saturday whether she has made up with her former friend, Mzbel responded, “No, and I don’t think I will ever be nice… It’s hard. The answer is no. I can’t help it. It hurts. Until she comes out to say that she lied, then I can let go but otherwise it is just too heavy for me.” Mzbel recently revealed on Tonight starring Andrew Tandoh Adote that she is a changed person. “I am not so proud of some the things I did in the past. …It looks like how people get to know you from the beginning, is what sticks in their mind. It is very difficult to erase the memory of who you used to be. So it is difficult but I am trying to do my best.” Mzbel, who is a mother, insists she is now a matured person and wants to express that maturity in her music and performance on stage. She has recently released a single titled Fathy Credit: Gideon Sarpong]]>