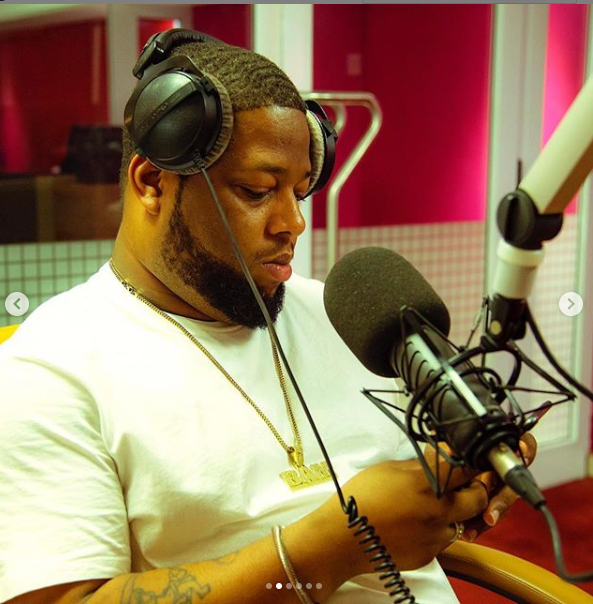 Ghanaian rapper and C.E.O of Black Avenue Muzik, D-Black has revealed that the former President of the Musicians Union of Ghana (MUSIGA), Bice Osei Kuffour, popularly known as Obour, reached out to apologise and explain things to him after he kicked against his political ambition.
In a Twitter post on March 19, 2020, D-Black and Criss Waddle launched a campaign against Obour’s political ambition.

“Until he accounts for his time at MUSIGA and how the finances of Musiga were managed and benefited the ‘Musicians of Ghana’ positively, I agree with u 100% percent !!! Very disappointed in how his administration steered the affairs of Of Music Body. Selfish Greedy Unaccountable,” D-Black tweeted in support of a post by Criss Waddle.

Pls don’t VOTE for this Guy,he’s a waste of time and a selfish person 🙌🏾🙌🏾🙌🏾 stomach Politician pic.twitter.com/JVtZXEGnBv

Obour, however, did not take their accusations lightly as he threatened to sue them for defamation.

“I can sue them for defamation but I feel strongly that people who are discerning will not just join the bandwagon. We know that if people are corrupt, they are prosecuted and I think the whole musician body cannot be fooled. Supposing it is some group saying this, we have the whole musician body,” Obour told ABC News in an interview.

D-Black did not stop there, he  further released ‘Take Your Stone’ a song targeted at some leaders and organisations in the music industry including MUSIGA and the Ghana Music Rights Organisation (GHAMRO).

Reacting to the issue and his song in a Skype interview with MzGee on TV3 New Day, D-Black said:

“Anybody who the cap fits should wear the cap…I was talking to the hip hop community and to the music industry and I wanted them to feel what I felt inside.”

“It was just me being angry and I wanted it to be authentic as possible so I said it how I felt… the music industry is very dynamic and there’ve been a lot of changes. The most primary form of revenue for artistes is through streaming. I don’t think MUSIGA, GHAMRO…have educated the music community enough to be able to chase those revenue streams. A lot of people don’t understand…,” he told MzGee.

“Royalty revenue in Ghana has been going on for years…but it hasn’t been disbursed the way they should…Where is all that money?” he asked.

He also questioned the whereabouts of the GHc2 million that was provided by the government to aid MUSIGA.

“When I started speaking on this I think about two-three weeks ago on social media, Obour reached out to apologise and said that if he had another opportunity he would do things differently and try to explain to me that it was the government that asked him not to invest in royalty collection but to invest in research,” D-Black revealed.

“I’m not here to fail, I’m here to serve the people”- John Dumelo on his political ambitions

Ghanaian actor and entrepreneur, John Dumelo has requested for the funds set aside for the Black Stars, had they qualified to the round of 16 in the FIFA 2022 World Cup, to be used to purchase desks for school kids. END_OF_DOCUMENT_TOKEN_TO_BE_REPLACED

END_OF_DOCUMENT_TOKEN_TO_BE_REPLACED

Accra’s biggest and only photo festival, “Wondaland” is back; this time bigger and better. END_OF_DOCUMENT_TOKEN_TO_BE_REPLACED