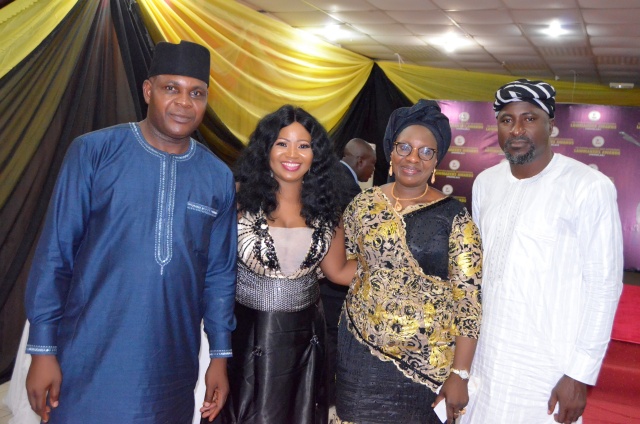 With the  debilitating  economic  effects of the  COVID-19 pandemic  slowing down many  businesses  and some even collapsing outright,  it would  have been  expected  that the  annual  Papyrus Magazine Distinguished CEO  (PAMDCEOA) Award  would   fail to  hold. Instead, this year’s edition has assumed a new dimension. It has become an international celebration!  The Papyrus  Magazine  team  believes that  it  must  show itself  to be  a  beacon  of optimism for struggling  businesses  in Nigeria  and  the African continent.

The Papyrus Magazine’s Distinguished CEO’s Award (PAMDCEOA) is an initiative of Damsas’ Mega Business Limited, the publishers of The Papyrus Monthly Magazine; a publication founded on January 2, 2006 in Makurdi, capital of Benue State by Hon. Miss Doofan Damsa. The publication, a monthly news medium now based in Abuja has over thirty thousand subscribers of its hardcopy edition ranging from grassroots to the top in the country and in the diaspora. The magazine with mastery in developmental journalism focuses on politics, entertainment and lifestyle of individuals. The Magazine prides herself with fair, accurate and unbiased reportage. Its vision is to reduce unemployment rate in every possible way, thus contributing to the society and growth of the economy.

Thus, at this 5th edition of the glamorous gathering, the Magazine is celebrating men and women who have conquered societal limitations and have carved out a niche for themselves in contemporary African/Black society. These remarkable men and women have germinated an idea, nurtured it and are sustaining it.Their sterling efforts were not merely for their own benefits alone but to also improve the fortunes of others through the provision of employment opportunities as well as an overall development of the national and continental economies.

The Awards intend to select a special group of 100 young African achievers whose exploits are exemplary. Through sheer hard work and intelligence, despite limited resources, they have succeeded in creating their own businesses, thus; bringing the African continent to a standard comparable to the developed countries of other advanced continents.

Fortuitously, this edition,  tagged the “Gathering of African Young CEOs” has  an African coloration as recipients and guests will include citizens of Ghana, Guinea Bissau, Cameroon, Benin Republic, Niger Republic and the host country, Nigeria. The celebration will serve as a morale booster for the recipients; an acknowledgement of their efforts and an encouragement to strive for greater achievements. The Awards  organisers  also believe that the  occasion  would help in highlighting the  various  governmental  efforts to  encourage  a renaissance  for  troubled businesses,  giving a new vigour in getting back to  their feet.

PAMDCEOA is scheduled for November 6, 2020 at the Ladi Kwali Hall, Sheraton Hotels and Towers, Abuja, at 6p.m, preceded by the Red Carpet at 5p.m.

The Papyrus Magazine enjoys a rich history in appreciating societal icons and boasts a good pedigree in the list of its recipients.  Such societal luminaries include His Excellency, Sen. Dr. Bukar Abba Ibrahim, CON, FNIQS, three-term Governorof  Yobe State, three-term Senator of the Federal Republic of Nigeria; Her Excellency, Dame Chief (Mrs.) Pauline Tallen, OFR,  KSG, a former  Deputy  Governor of  Plateau  State  and a two-term Minister  of the Federal Republic of Nigeria  and currently,  the Minister of  Women  Affairs;  His Excellency, Sen. Bukola Saraki,  a two-term Governor of  Kwara  State and the Senate  President  of the 8th National  Assembly; Federal Republic of Nigeria; Rt. Hon.Femi Gbajabiamila,  current  Speaker,  Federal  House of Representatives.  Other dignitaries, too numerous to recount include past members of the Nigerian Senate and House of Representatives. On the  continental list,  there were Giants of  the  Ghanaian  movie industry  , such as  Van  Vicker, Jackie  Appiah, Nadia Buari, Yvonne  Nelson,  Martha  Ankomah  and Rosalyn  Ngissah.  Their Nigerian counterparts included Rt. Hon.Desmond Elliot, Jim Iyke,Chika Ike, OgeOkoye, AdamAmeh and Chidi  Mokeme. The Liberian-Frank Arthur-has also been a Recipient.

Related Topics:Papyrus Magazine
Up Next

Where Exactly Is The Film Village Going To Be Built? – Creative Forum, Ashanti Questions Minister