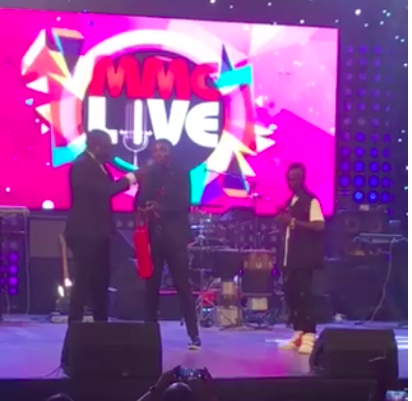 Finally fans of viral hit song star, Pataapa have something to be happy about following his inability to win the 2018 Ghana Music Award (popular) Song of The Year.  The One Corner hitmaker received the prize for Most Popular Song of The Year at the Music Magic and Comedy concert held in at the National Theatre on Saturday night. The award was sponsored by Hauwei and Pataapa won for himself a phone   The 2018 edition of  Music, Magic & Comedy Live (MMC LIVE) saw performances from renowned comedians like Jacinta and DKB with musical performances from Samini, King Promise, among others. World-acclaimed Magician and Mentalist Larry Soffer from South Africa was also live on stage. The Music, Magic and Comedy Live concert is organised by Global Media Alliance.