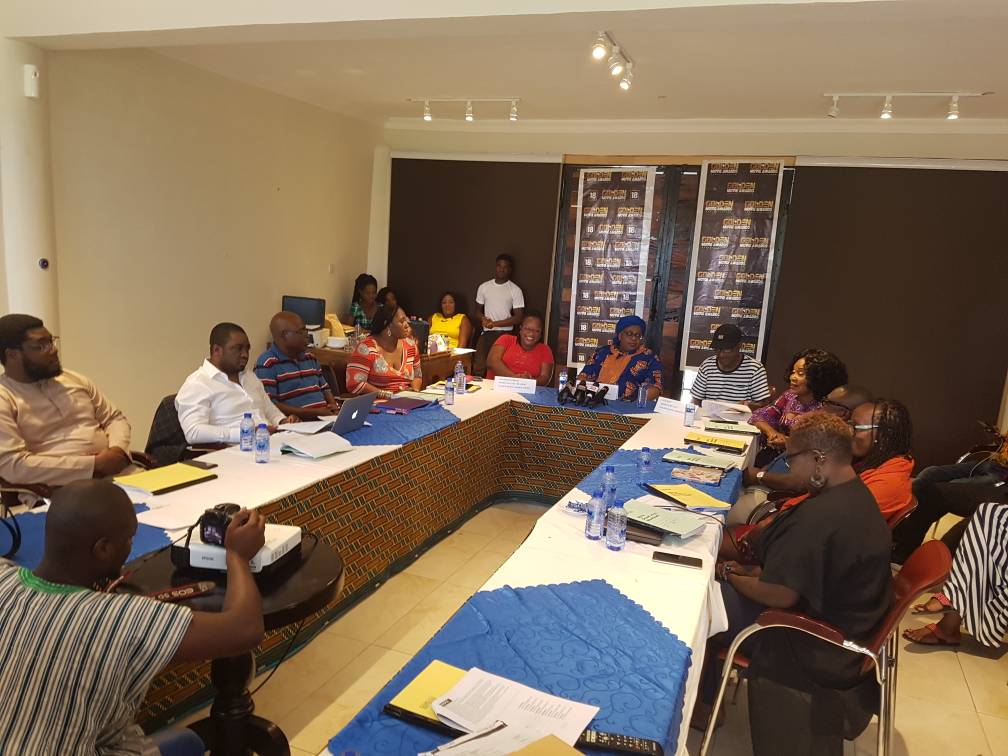 The Grand Jury of the prestigious Golden Movie Awards (GMA), an award scheme aimed at celebrating and honoring excellence in Africa’s growing film industry, met with a section of the Ghanaian Press at the Aqua Safari resort in Ada earlier today, April 21, 2018.   The press conference was held to give the media further insight into the workings of the 2018 Grand Jury that has been sitting for long hours for almost a week, screening and scoring this year’s submitted films. It is chaired by the President of the Jury, Ms. Mildred Okwo, an acclaimed Nigerian film director and producer.   The spokesperson for the jury, Mr. Ken Addy, said that this year has seen the submission of some amazing films. However, some of the films had been below expectation.   He further added that some of the films submitted for screening failed to follow some of the Golden Movie Awards’ established rules and regulations, for instance, the requirement for sub-titles, where the dialogue is not in English. Unfortunately, such films were automatically disqualified by the sitting jury.   Addy said that certain areas of filmmaking in Africa, especially when it comes to cinematography, costume, and directing, have seen commendable improvement, a consensus drawn from the screenings so far. However, many of the films still fall short in key areas like acting, sound mixing and quality control. Pacing and storylines still remain problematic, he said.   This year’s submissions have been full of surprises—with films submitted from countries like Burkina Faso and Cameroon making great scoring impact, a clear indication that filmmaking in Africa has become extremely competitive across the whole continent leaving no room for sub-standard productions.   This year saw the introduction of guest jurors – film-makers or enthusiasts selected from the public, as visiting jurors without rights to score any film, but there to witness the workings of the jury firsthand.   The 2018 GMA jury is made up of esteemed film directors, producers, film critics, writers and key industry players– a mixed and extensively knowledgeable team selected from Nigeria, Ghana, Burkina Faso and the United Kingdom.   The jury’s screening started on Tuesday, April 17, 2018, and ends on Monday, April 23, 2018.   The Golden Movie Awards ceremony will be held on June 2, 2018, at the Movenpick Hotel in Accra.    ]]>

Related Topics:Golden Movie Awards
Up Next

A United States Central District Court in California has postponed the sentencing of Nigerian fraudster Ramon Abass known as Hushpuppi for the second time. END_OF_DOCUMENT_TOKEN_TO_BE_REPLACED

Singer, Paul Okoye of Psquare has said that the only thing moving forward in Nigeria is music and entertainment. END_OF_DOCUMENT_TOKEN_TO_BE_REPLACED