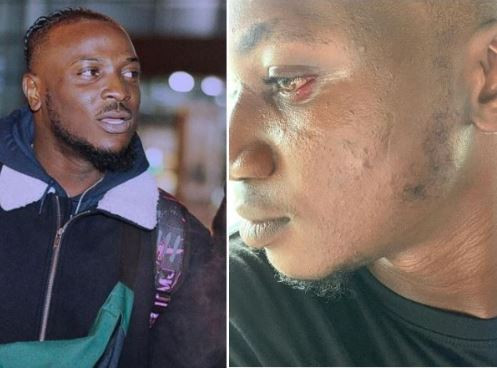 Nigerian musician and DMW act, Peruzzi, has been receiving a lot of backlash after popular social media influencer, Pamilerin Adegoke accused the singer of slapping and assaulting him for over 20 minutes.

Earlier this year, Peruzzi took to Twitter to rant about how he had a better year than Teni after she won the Soundcity MVP “Best New Act” over him.

This sparked an online conversation which saw popular Twitter user and social media influencer Pamilerin posted a series of tweets about the trending topic in January of 2019.

Fast forward to June of 2019, Peruzzi who is yet to drop a solo visual or score a 2019 hit song reportedly assaulted Pamilerin after a show in the capital of Bayelsa state. According to multiple sources, the DMW affiliated act told his security to hold the social media star, while he repeatedly struck and assaulted him, over his personal opinion on Twitter.

The worst happened to me today, but they will be hearing from me shortly and surely. Let’s keep up the energy! #TheresStillFreedomOfExpression #DontForget !

Pamilerin and his team said they will take legal action against Peruzzi following the violent incident. However, Peruzzi and his boss Davido have both come out to apologize to the influencer and the general public.

I apologize to you @thepamilerin on behalf of my Brother and Artist @Peruzzi_VIBES he was wrong for putting his hands on you but pple need to realize that we Artist are human beings and we see everything! You said some harsh words too my brother and sometimes this thing dey pain!

I did very wrong for yesterday slapping mr pamilerin, let my feelings get the best of me and I am very sorry. Apologies to mr pamilerin and also to the general public. I’d never get into such mess again. Love Only, I promise. ❤️

See the tweets that angered Peruzzi below. 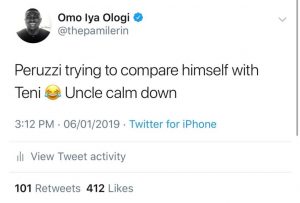 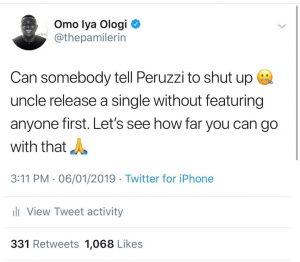 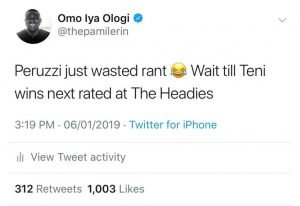