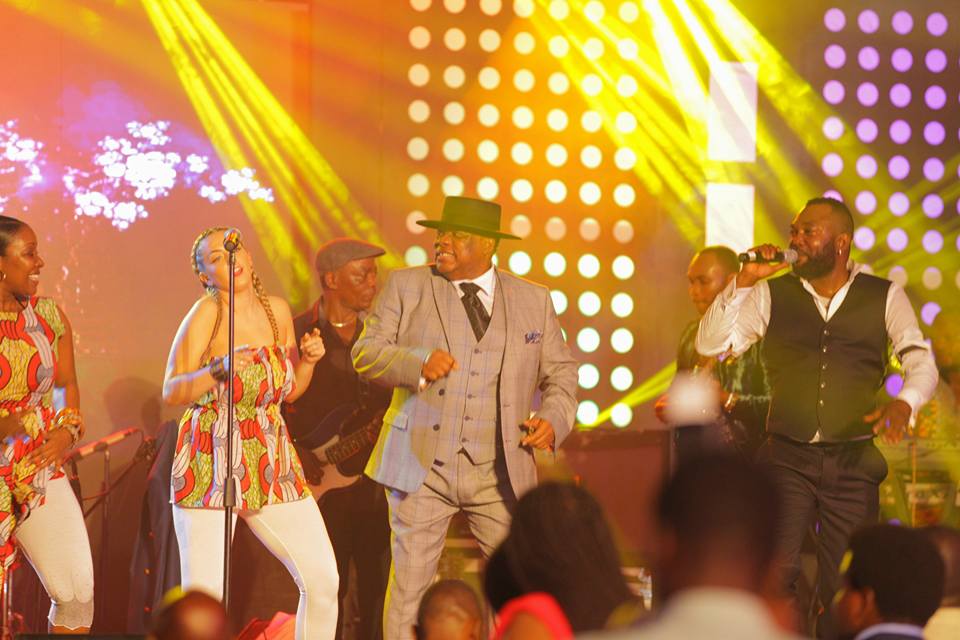 The 2017 edition of the annual Africa Legends Night was, as usual, patronised by the créme de la crime of society, and a selection of performers that left guests dancing and yearning for more. A truly memorable evening, it was compered by seasoned broadcaster Kwame Sefa Kayi, and saw the venue swiftly converted into a big dance floor driven by classic performances from headline act Kanda Bongo Man, singer eShun, and highlife doyens Daddy Lumba, AKA Blay and Amakye Dede. Widely considered a revolutionary of soukous music, the “Kwassa Kwassa” singer was welcomed with resounding cheers which also went on for the entirety of his extensive  and vivacious act. Born Bongo Kanda in Congo, the 62- year- old has published nearly 20 albums, mentored a number of other musicians including Diblo “Machine Gun” Dibala, and still tours in Europe and the United States. There was also a sobering tribute performance for diseased highlife pioneer Paapa Yankson by his son Silas. Other notable African performers to mount the enviable stage in the past have included Yvonne Chaka Chaka, Hugh Masekela, Femi Kuti, Freddy Meiway, Gyedu Blay Ambulley,  Akosua Agyapong, Kpanlogo man Amandzeba Nat Brew, Nana Tuffuor, saxophonist Steve Bedi, and Ben Brako. The Vodafone African Legends Night is put together by Global Media Alliance. See images below:

The Tony Elumelu Foundation to host forum for over 1,300 African entrepreneurs

Ghanaian Pizza brand, Pizza Inn has opened a new branch in East-Legon and has FREE pizza pies and more to share this christmas season. END_OF_DOCUMENT_TOKEN_TO_BE_REPLACED

Dancehall act, Stonebwoy has hinted that his legal team is taking serious action against his former signee Kelvynboy for comments he made after he was attacked in Ashiaman recently. END_OF_DOCUMENT_TOKEN_TO_BE_REPLACED

Internet sensation and “King of Gh Rap”, AY Poyoyo has caught the international audience with his unique style of music. END_OF_DOCUMENT_TOKEN_TO_BE_REPLACED

Canadian singer, Justin Bieber has reacted to the sexual assault allegation made against him by a Twitter user identified simply as “Danielle” with evidence. END_OF_DOCUMENT_TOKEN_TO_BE_REPLACED