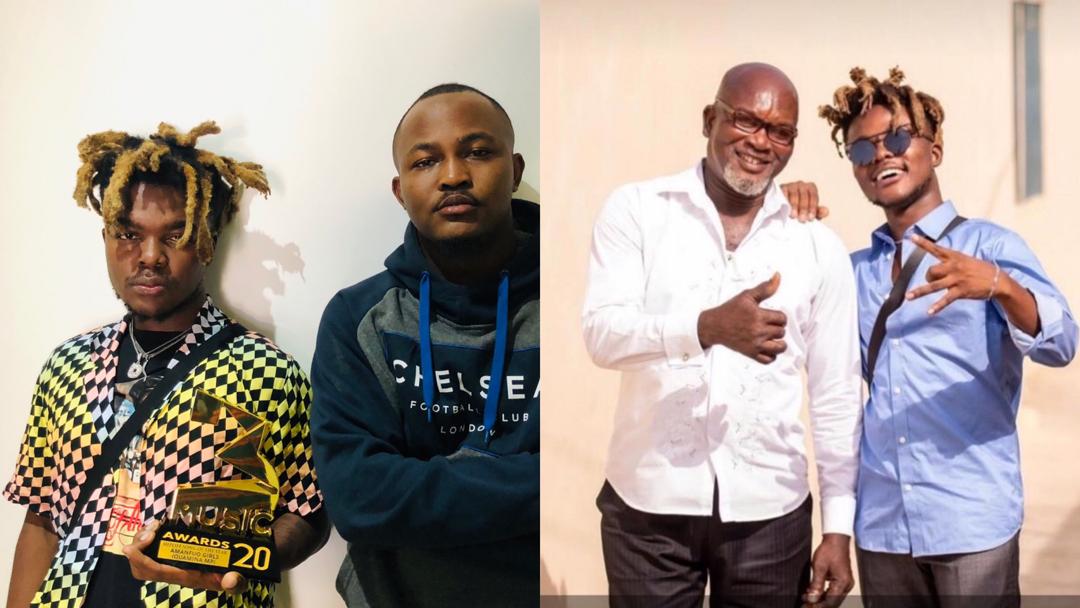 Ghanaian Musician, Quamina MP has dedicated his 3Music Awards plaque for Best ‘Hiplife Song of the Year’ to his late father.

The Ground Up Chale’s artist who sounded emotional after recieving the plaque thanked the organizers of the awards show and dedicated his award to his late father, Mr. Fiifi Amonoo Buckman aka Bongo.

The rapper was in a vehicle with his father, whilst coming from Akosombo to Accra when the accident occurred on the Akosombo-Accra highway.

Quamina survived the crash unhurt but, his father however sadly passed on later after being rushed to the hospital.

The rapper has announced the release of ‘Bongo’ a 3 track EP dedicated to his late father.

Related Topics:Quamina MP
Up Next

I unfollowed everyone on Instagram because some people maligned me, and unfollowed me – Wendy Shay explains