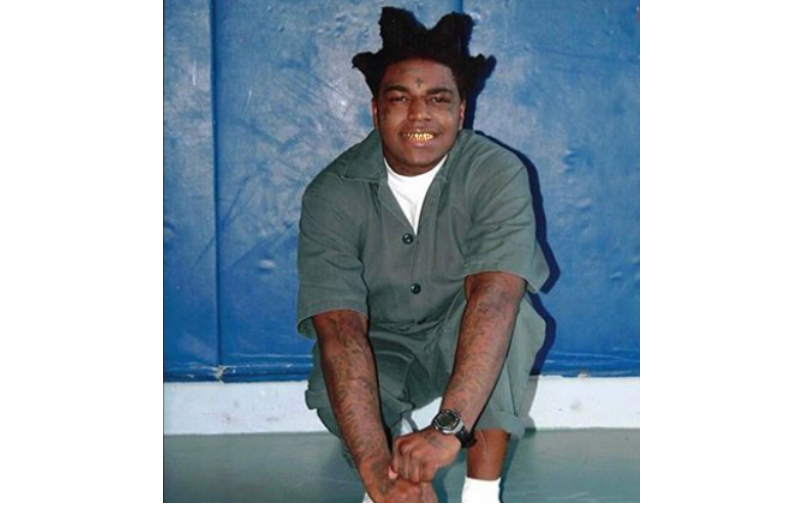 US rapper Kodak Black has been sentenced to 46 months in prison after pleading guilty to weapons charges.

The 22-year-old, who had a US number one album last December, admitted falsifying information on background forms to buy four guns.

He was arrested before his set at Miami’s Rolling Loud festival in May.

One of the guns he bought was used in an attempted shooting in March. Prosecutors said “a rival rap artist was the intended target”.

However, he has not been charged in relation to that shooting.

Real name Bill K Kapri, the hip-hop star faced a maximum of 10 years in prison, and prosecutors had pushed for a sentence of eight years.

The court heard he was alleged to have beaten up a prison guard while awaiting sentencing.

US District Judge Federico Moreno acknowledged that Black had made anonymous donations to charity in the past.

Black’s lawyer Bradford Cohen told BBC News: “After the court was apprised of all the facts and circumstances of this case and the good charitable work that Bill has done over the years, the court rejected the government’s request of 96 months and sentenced Bill to 46 months.”

The MC has had a number of legal charges and spells in prison in recent years, and is known for his violent lyrics.

His debut studio album Painting Pictures went to number three in the US in 2017.

The follow-up went to number two, and a third album, Dying to Live, reached number one last December. Two hit singles – Zeze and Tunnel Vision – have reached the Billboard top 10.

Related Topics:Kodak Black
Up Next

Andy Goram has died at the age of 58 after a short battle with cancer. END_OF_DOCUMENT_TOKEN_TO_BE_REPLACED

A woman who went viral 2 years ago for marrying the man who caught the garter after she caught the bouquet at their friends’ wedding, has shared an update on their marriage. END_OF_DOCUMENT_TOKEN_TO_BE_REPLACED

Liverpool star, Mohamed Salah has committed his future by signing the biggest deal in the club’s history. END_OF_DOCUMENT_TOKEN_TO_BE_REPLACED

R. Kelly has been placed on suicide watch at the federal detention facility in Brooklyn where he is being held following his sentencing to 30 years in prison on racketeering and sex trafficking charges. END_OF_DOCUMENT_TOKEN_TO_BE_REPLACED

A new photo of Nipsey Hussle’s murder suspect Eric Holder has surfaced online following reports that the alleged killer was attacked in his holding cell. END_OF_DOCUMENT_TOKEN_TO_BE_REPLACED