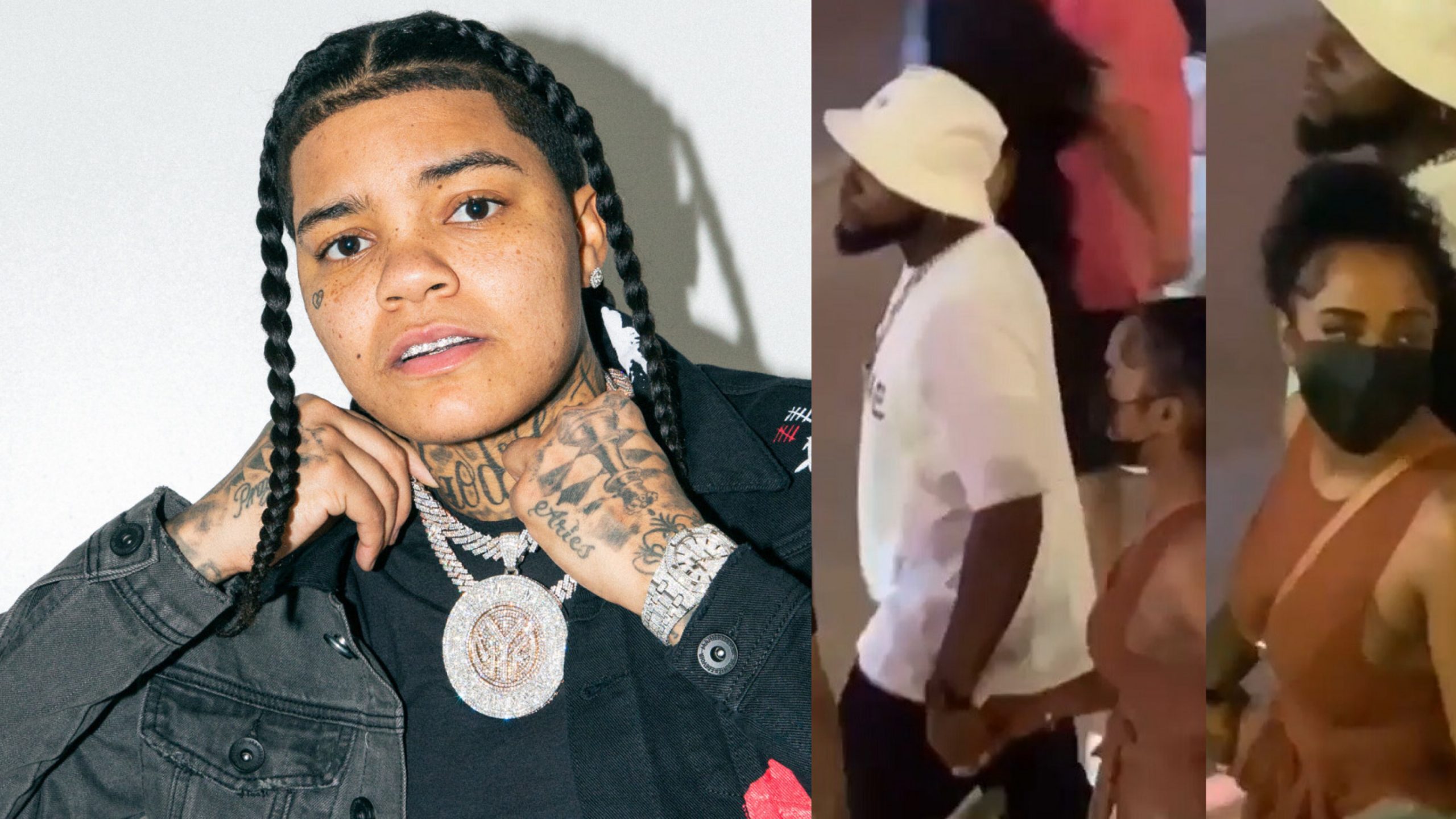 American rapper, Young M.A has reacted to the viral video of her ex-girlfriend, Mya Yafai hanging out with afrobeat star, Davido.

Recall that the Nigerian singer in a video that surfaced online on Saturday night was spotted with the M.A’s ex, Mya Yafai.

Davido, who is currently on holiday in St. Maarten with his team, was seen holding hands with the Atlanta-based model as they arrived for an event at the Caribbean island.

Also, there have being rumors that the duo have been together since December after his relationship with his supposed fiancée, Chef Chioma allegedly hit the rocks.

Reacting to the viral video,  the American rapper during an Instagram Live session on Monday night while responding to a question on how she feels about the video, said she doesn’t care about Yafai’s new love life.

The 28-year-old who appeared unbothered about the recent development said she won’t blame her ex-girlfriend over her decision, but advised her to get the ‘bag’ (Money).

“I don’t care about what anyone decides to do with their life, romantically or otherwise.

“It’s her decision after all, but I would advise she gets the bag,” she said.

Related Topics:davidoYoung M.A
Up Next