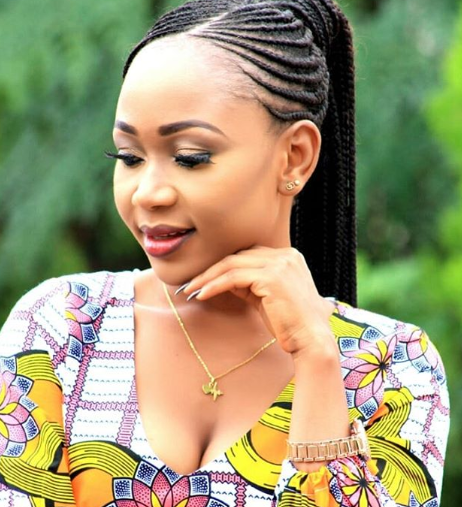 kumawood actress and video vixen Rosemond Brown popularly known as Akuapem Poloo has revealed the two actors she has slept with in the movie industry. In an interview,Delay asked Rosemond aside Prince Yawson’Waakye’ and Fred Amugi who has slept with the movie industry.Rosemond looking shocked and confused admitted she has only slept with the two. According to her, she gave in to the sexual demands of Prince Yawson popularly known as Waakye and Fred Amugi because they both promised to nurture her in her acting career but they both failed to fulfill their part of the bargain. MyNewsGh.com, in order to ascertain the truth, reached out to the two veteran actors in separate instances and they categorically denied having anything to do with her. What was even shocking was the fact that the lady in question is not known to the two who have contributed significantly to the movie industry that their names will go down as persons who paid their dues. Waakye wondered why Rosemond could be such a blatant liar warning that if she was doing so for fame, she should be mindful that he [Waakye] has taken more than a decade to build his credibility and will not allow anyone soil it like that. “I do not even know who Rosemond Brown is. What does she do”, he asked.]]>

Related Topics:Rosemond Brown
Up Next

I will only battle Sarkodie if money is involve..