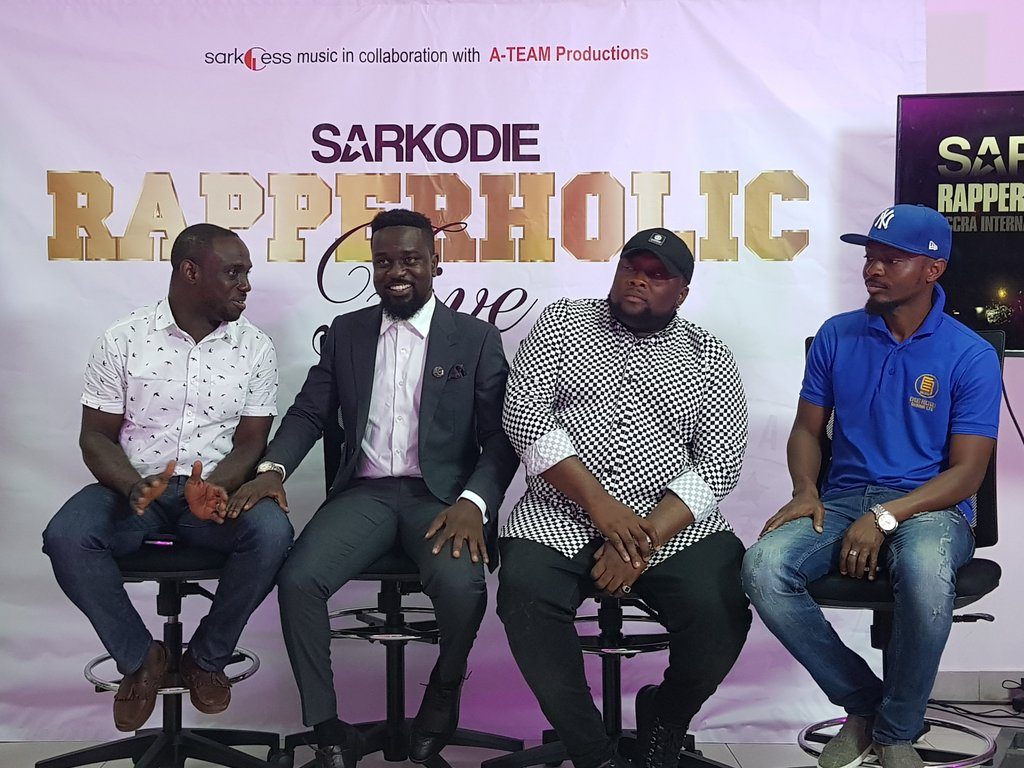 Sarkodie has hinted that a joint album with hiplife legend, Obrafour could soon be in the works. The rapper said that renowned producer, Hammer of Last Two has motioned the album, and he has confirmed his readiness to get into the studio, whenever, to record the album with Obrafour. Sarkodie made this known during the launch of this year’s edition of Rapperholic, in response to a question suggesting that he was beefing with Obrafour. https://ameyawdebrah.com/watch-sarkodie-release-6-videos-highest-album/ Sarkodie said Obrafour is someone he looks up to and has a direct line to so if they have a problem they would talk rather than sort it out through music.

@sarkodie speaking Wisdom on the type of artist he is and why he is not always chasing after megahits #rapperholic pic.twitter.com/ftfxfV7IBv

Samini announces My Own bus tour across 7 cities in Ghana

Ghanaian actor and entrepreneur, John Dumelo has requested for the funds set aside for the Black Stars, had they qualified to the round of 16 in the FIFA 2022 World Cup, to be used to purchase desks for school kids. END_OF_DOCUMENT_TOKEN_TO_BE_REPLACED

END_OF_DOCUMENT_TOKEN_TO_BE_REPLACED

Accra’s biggest and only photo festival, “Wondaland” is back; this time bigger and better. END_OF_DOCUMENT_TOKEN_TO_BE_REPLACED