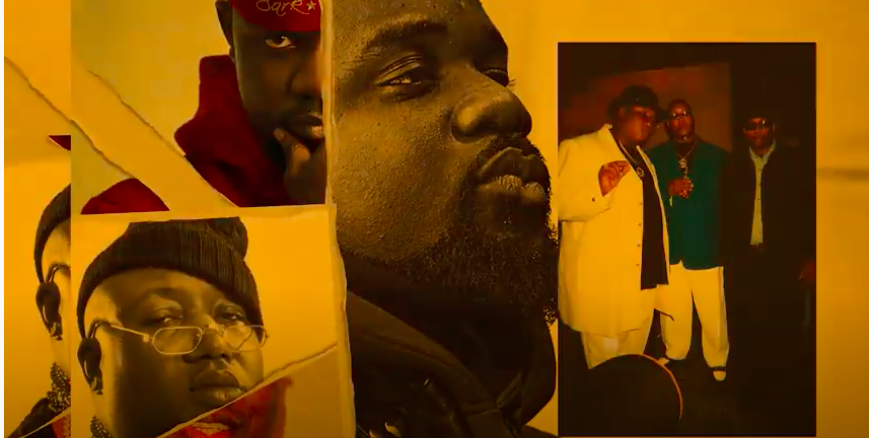 On the lyrically punchy hip-hop track,  Sarkodie makes bold statements, as the real G.O.A.T for generations to come. In May 2016, Sarkodie released his cover version of ‘Choices’ by E-40 which got the attention of the American rapper. A fan tweeted to ask E-40 if he had heard Sarkodie’s version. He replied saying, “Yup, he did his thing”

Earl Stevens, who is better known as E-40 is rapper, songwriter, and actor. He is a founding member of the rap group The Click, and the founder of Sick Wid It Records. He has released twenty-eight studio albums to date, appeared on numerous movie soundtracks, and has also done guest appearances on a host of other rap albums.

Initially, an underground artist, his 1995 solo album In a Major Way opened him up to a wider audience. Beginning in 1998, he began collaborating with more mainstream rappers outside the Bay Area. He rose to even higher mainstream popularity in 2006 with his single “Tell Me When to Go” which was produced by Lil Jon.

E-40 made his rap debut in 1986, with the EP Let’s Side as a member of The Click. The EP was co-produced by Mike Mosley and Al Eaton and was released on Sick Wid It Records, an independent label founded by E-40. In 1992 they released a second album, Down and Dirty, and in 1993 E-40 made his solo album debut