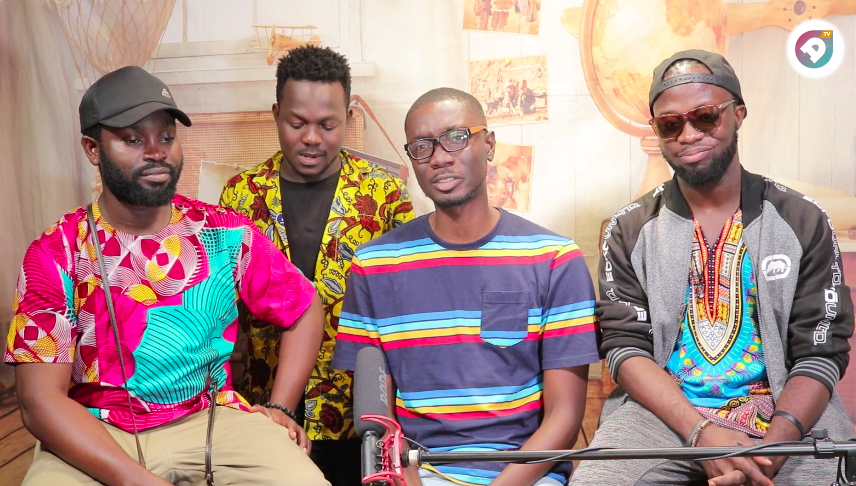 June to July was a busy one for Ghanaian band, Santrofi, as they performed at major festivals such as the Roskilde Festival in Denmark, Roots Festival 2019 in Netherlands, and WOMAD festival in the UK among others.

The line up for Roskilde Festival included Cardi B, Skepta, Bob Dylan, Chance The Rapper, Janelle Monae and many others, while the lineup for WOMAD also included Ziggy Marley, Macy Gray, and Salif Keita.

The band has since returned to Ghana, and the members shared their experiences with me on Ameyaw TV.

“This was our very first tour and we were able to share the stage with so many amazing world-class musicians. We haven’t even sold a single record and we shared the stage with people who have sold hundreds of thousands of records.  So it’s been an overwhelming journey. We also went to Denmark, Germany, Switzerland, and Portugal doing festivals like Fusion and Juicy Beats.”

Santrofi hopes that their strides in representing highlife would inspire a rebirth and resurgence of the genre.

“We want to bring highlife music back. Just our friends and co-musicians seeing us do what we did has already started making them reflect on their highlife vibes based on what we see on Facebook and other social media.  And that is very important for us.  If we have so many Ghanaians doing highlife and patronizing it in the right way, example fusing highlife into popular events, the young community will love and embrace it,“ the band added.

The Highlife, Funk and Afrobeat band, Santrofi is a collective of celebrated young musicians known within Ghana’s music circles. Their debut body of work, ‘Alewa’ captures the influence from the diverse, yet, intertwined eras of the journey of Ghana’s Highlife’s music, unlike it has ever been done; in recent years.

On bass guitar is Emmanuel Ofori, electric lead guitars, Dominic Quarchie (Ghana Music Awards instrumentalist of the year 2018) on the rhythm guitar and lead vocals is Nsoroma, with Bernard Gyamfi on trombone and shekere,  andNorbert Wonkyi on trumpet, Flugelhorn and bells.

The other members are Prince Larbi on drums and vocals. Emmanuel Boakye Agyeman on organs, fender rhodes and vocals, Victor Nii Amoo on percussions, and Kofi ‘IamBeatMenace’ as the co-producer, audio engineer and brands Coordinator.

Santrofi will have their first performance in Ghana after their tour of Europe at the +233 Jazz Bar in Accra, on August 10.