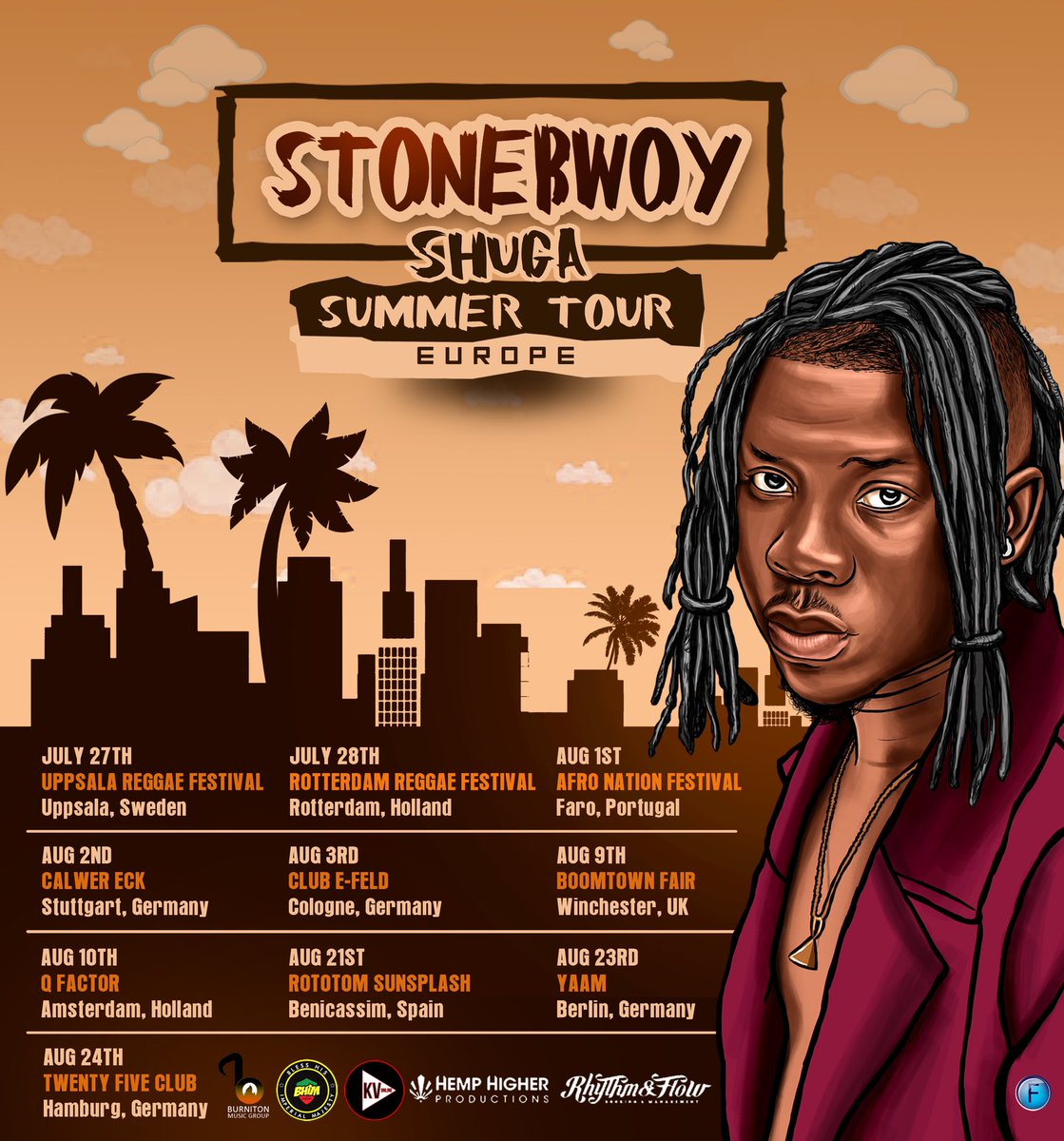 Ghanaian dancehall musician Stonebwoy is set for his 2019 European summer tour which will see him perform in over 5 countries.

From 27th July, the ‘Top Skanka’ singer will begin the tour that will see him perform in some music festivals and European cities including Germany, Holland, Portugal, Germany, UK, Spain and Sweden. His first performance will take place in Sweden for the Uppsala Reggae Festival. The Shuga Europe Tour will then hit Holland for the Rotterdam Reggae Festival.

Dubbed the “Shuga Summer Europe Tour 2019”, the schedule, will end on August 23rd with a performance Berlin, Germany.

Stonebwoy took to his social media accounts to make the announcement.

This will be Stonebwoy’s 6th European tour since his first tour in 2014.