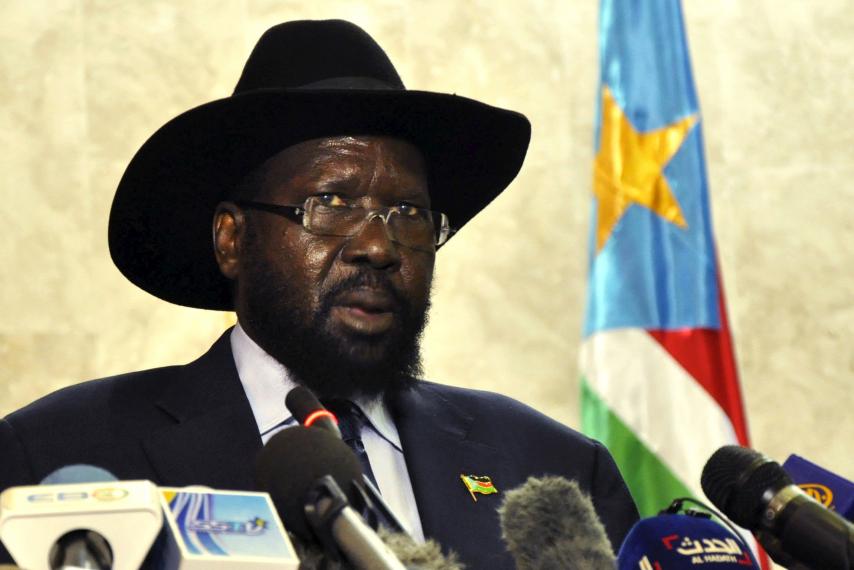 South Sudan’s President Salva Kiir has banned anyone from singing the national anthem in his absence.

Confirming the ban, the country’s Information Minister Michael Makuei said President Salva Kiir believes that the national anthem, which was composed shortly before the country gained independence in 2011 is being abused, especially by some government officials in his absence.

“We’ve seen that the anthem is played even when the ministers, undersecretaries, the governor or state ministers attend any function. This order should be observed because the anthem is not meant for everybody,” said Information Minister Michael Makuei.

Ghanaian rapper, Okyeame Kwame has opined that the new crop of rappers in the industry are far “better” than him and others who have been in the game for two decades. END_OF_DOCUMENT_TOKEN_TO_BE_REPLACED

Ghanaian rapper, Sarkodie may be gearing up to speak against the governance of the nation by the ruling New Patriotic Party (NPP). END_OF_DOCUMENT_TOKEN_TO_BE_REPLACED

Ghana’s social media has been buzzing after a video showing a young  Ghanaian in police escort to go and buy a burger went viral! END_OF_DOCUMENT_TOKEN_TO_BE_REPLACED

Broadcast Journalist at Metro TV, Bridget Otoo has come after employers who fail to pay their workers, yet live lavishly. END_OF_DOCUMENT_TOKEN_TO_BE_REPLACED