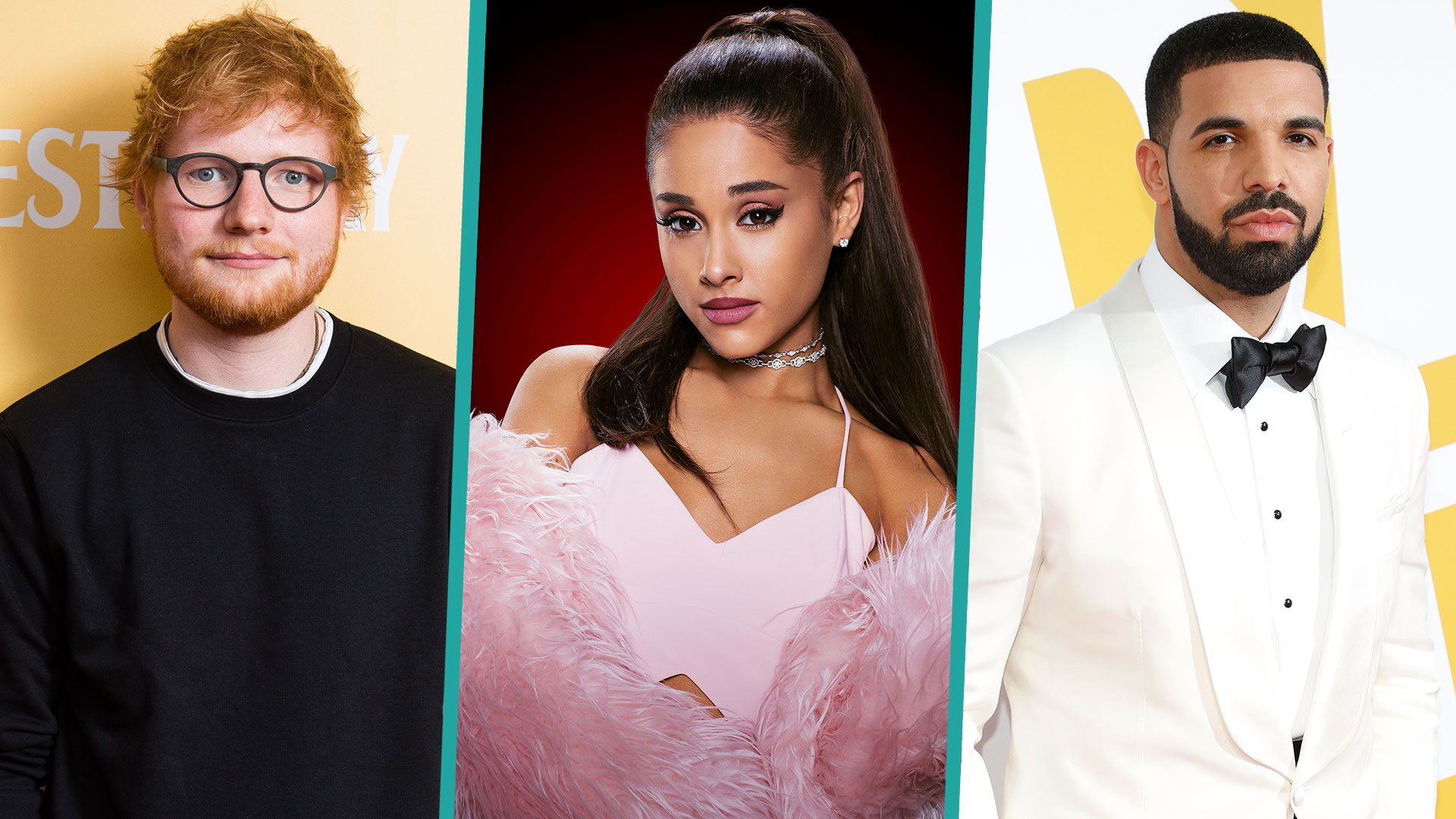 Spotify has revealed its biggest songs, albums and artists of the last decade, with Drake emerging as the most-streamed artist of the 2010s.

The Canadian star has racked up more than 28 billion streams, with his most popular song, One Dance, played 1.7 billion times alone.

It was dwarfed by Ed Sheeran’s Shape Of You, whose 2.4 billion streams, made it the decade’s most listened-to track.

Released in June, the island-flavoured duet has already been played one billion times. Billie Eilish’s Bad Guy isn’t far behind, on 990 million streams.

Eilish’s debut album, When We All Fall Asleep Where Do We Go, was also the year’s most popular album – the first time a female artist has topped Spotify’s end-of-year survey.

In the UK, however, Eilish played second fiddle to Lewis Capaldi whose debut album, Divinely Uninspired To A Hellish Extent, topped the chart.

His ubiquitous ballad Someone You Loved was also the year’s most-streamed song.

Spotify’s data also revealed some quirky facts: Modern Bollywood was the year’s fastest-rising genre; the most popular mood-based playlist was “feel good,” followed by “lit”; and the top podcast genre was comedy.

Here are the music charts in full.

Most-streamed artists of the 2010s

Most-streamed songs of the 2010s

The end-of-decade charts are presumably skewed towards more recent songs because of the growth in Spotify’s user-base. The service had just 7 million users in 2009, but now boasts 248 million monthly active users, of which 113 million are paid subscribers.

Later this week, Spotify will unveil the latest incarnation of its “Spotify Wrapped” feature, allowing users to generate a personalised breakdown of the music they listened to in 2019.

Other streaming services, including Apple Music and Amazon Music, are expected to reveal their own data later this month.