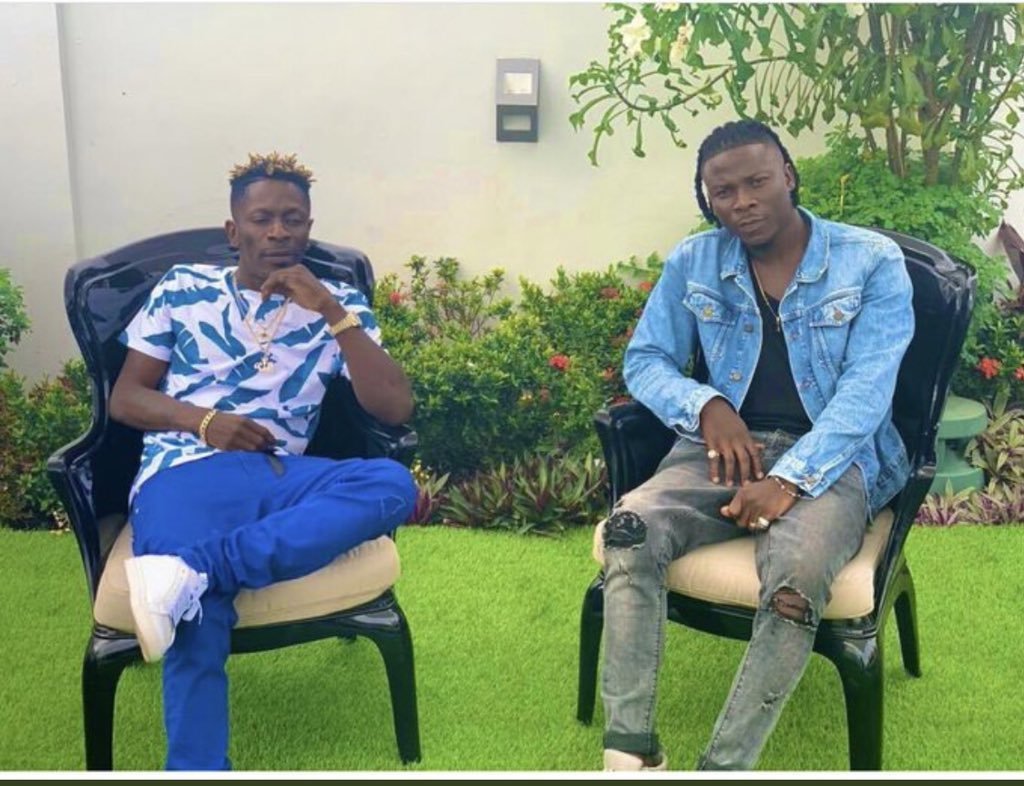 According to Ghanaian media personality Abeiku Santana, dancehall musicians and former rivalries, Shatta Wale and Stonebwoy are set to hold the biggest outdoor concert in Ghana on July 20, 2019.
Speaking to Halifax, host of ‘Best Entertainment’ show on Okay FM on Monday, June 3, Abeiku Santana revealed that the two biggest dancehall artistes in Ghana will bring their divided fans together this year.

This move comes following a peace talk that was held last week between the two after they caused a commotion which marred the just ended Voda“I promise you that Stonebwoy and Shatta Wale will hold a unity concert on July 20,” fone Ghana Music Awards.

“I promise you that Stonebwoy and Shatta Wale will hold a unity concert on July 20, I can confidently tell you that the unity concert will hold and it will be the biggest concert in Ghana. As I speak, I am planning with the organizer and Nana Aba Anamoah. Everyone must get involved.” Abeiku Santana stated categorically.

Shatta Wale and Stonebwoy were arrested by the police on Sunday (May 18) over a brawl that erupted between their camps at the 20th annual awards. Following their arrest, they appeared before court on Wednesday (May 29) and pleaded not guilty to Offensive Conduct to Breaches of the Peace.

Stonebwoy also pleaded not guilty to an additional charge of Display of a Weapon in a Public Place without permission.
The charges were read to them during their appearance at the Agyebeng Court. They were granted GHC50,000 bail each with sureties, and are scheduled to appear on June 20.

The two are expected to officially announce the concert today at their joint press conference at the Marriott Hotel in Accra.

Viola Davis makes a stunning transformation in the new trailer for ‘The Woman King’, in which she plays Nanisca, leader of the all-female warriors known as the Agojie. END_OF_DOCUMENT_TOKEN_TO_BE_REPLACED

African-American businessman and jet broker Kelvin Mensah, popularly known as PJKev has added his voice to the many people against the building of the National Cathedral. END_OF_DOCUMENT_TOKEN_TO_BE_REPLACED

Nigerian hip-hop artiste, Eedris Abdulkareem has disclosed that he is battling kidney failure and will have a surgical operation at the end of July. END_OF_DOCUMENT_TOKEN_TO_BE_REPLACED

According to reports from Nigeria, unidentified gunmen have attacked an ‘advance team’ of President Buhari’s presidential aides leading to injuries to two people. END_OF_DOCUMENT_TOKEN_TO_BE_REPLACED

Sensational highlife/afrobeat artist KiDi has said that his dream is to collaborate with Daddy Lumba on a song. END_OF_DOCUMENT_TOKEN_TO_BE_REPLACED